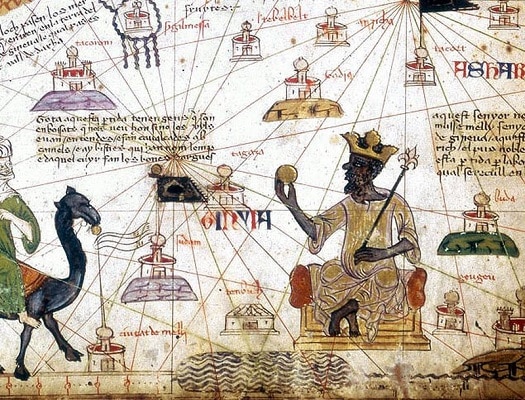 Anthropologists Believe That All Humans Are Connected

Students often remember “Body Ritual Among the Nacirema” from Intro-to-Anthropology. Here Guest uses “The Nacirema” as a first item in the section on “Anthropology’s Unique Approach” (10):

Development of the anthropological perspective as we investigate the beliefs and practices of other cultures, enables us to perceive our own cultural activities in a new light. Even the most familiar aspects of our lives may then appear exotic, bizarre, or strange when viewed through the lens of anthropology. Through this cross-cultural training, anthropology offers the opportunity to unlock our ability to imagine, see, and analyze the incredible diversity of human cultures. It also enables us to avoid the tendencies of ethnocentrism to use our own cultural norms to judge the cultural beliefs and practices of others. (Guest, 11)

The final item in the section on “Anthropology’s Unique Approach” is that “Anthropologists Believe That All Humans Are Connected” (13):

Despite fanciful stories about the “discovery” of isolated, seemingly lost tribes of “stone age” people, anthropologists suggest that there are not truly isolated people in the world today and that there rarely, if ever, were any in the past. . . . In fact, when we look more closely at the history of so-called primitive tribes in Africa and the Americas we find that many were complex state societies before colonialism and the slave trade led to their collapse.

Human history is the story of movement and interaction, not of isolation and disconnection. . . . Interaction and connection are not new phenomena. They have been central to human history. (Guest, 13-14)

I very much agree with Guest’s point and perspective on how people are connected. The human story is one of movement and interaction. However, Guest does not here indicate how much anthropology itself grew from those “fanciful stories” of isolation and discovery, and how anthropologists at times falsely documented contemporary peoples as “primitive tribes” when they were in fact the survivors of brutal colonialism.

Which brings us back to “The Nacirema.” To what extent does Miner’s article succeed because it plays on all the stereotypes of those fanciful stories? Moreover, Miner appropriates tribal stereotypes for a United States that could be more accurately described as a settler-colonialist society (see Nacirema Thinking for an extension of this critique and see Is the Nacirema worth teaching? for previous student comments).

After reading these materials, please reflect below on the first two questions:

Alternatively, you might instead reflect on re-reading the Nacirema in our current coronavirus state. In other words: Have we now come full circle in which people from other countries are now looking at US Americans as anti-science, culture-bound “primitives” who are too stuck in their beliefs to change course? Or as Miner wrote: “Our review of the ritual life of the Nacirema has certainly shown them to be a magic-ridden people. It is hard to understand how they have managed to exist so long under the burdens which they have imposed upon themselves” (507).