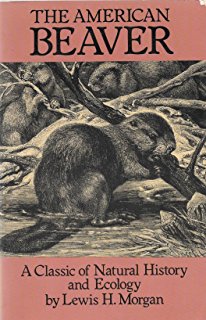 The readings on “landscape” in Cultural Ecology 2017:

Ingold’s somewhat autobiographical chapter is helpful to understand his journey and why there is a statement he published which he now considers a “source of considerable embarrassment” (178). I revisited this chapter in 2022 for a course on the history of anthropological thought:

One fascinating part of Ingold’s chapter is how he explains the search for “the first hut.”

As Rykwert shows, in his study of the notion of the ‘primitive hut’ in the history of architecture, this is a question that has long exercised the minds of Western thinkers. And the title of his book, On Adam’s House in Paradise (1972), nicely conveys the mythic quality of the many speculative answers that have been proposed. Reproduced in Figure 10.6 is one of the more delightful images of ‘the first hut’, taken from the work of the great French architectural theorist, Eugène Viollet-le-Duc, Histoire de l’habitation humaine, published in 1875 (Viollet-le-Duc 1990:26). Architecture began, for Viollet-le-Duc, when the problem of the need for shelter was met through the procedures of rational planning. In his tale of the building of the first hut the secret is revealed to a hapless primitive tribe, the Nairitti, by a progressive time-traveller by the name of Epergos, bestowed upon them as a gift of his superior intelligence. (Ingold 2000:182)

Eventually, Ingold declares that this search is an illusion:

It is not necessary, then, to invoke one kind of theory, of biological evolution, to account for the transition from nest to hut, and another kind, of cultural history, to account for the transition from hut to skyscraper. For once history is itself recognised as an evolutionary process, the point of origin constituted by the intersection of evolutionary and historical continua disappears, and the search for the first hut–for the beginnings of architecture, history and true humanity–becomes a quest after an illusion. (Ingold 2000:187)

Once history is itself recognised as an evolutionary process... the search for the first hut--for the beginnings of architecture, history and true humanity--becomes a quest after an illusion. (Tim Ingold 2000:187)Click To Tweet
I wonder if the idea of Mary C. Stiner and Steven L. Kuhn on the importance of the “base camp” is equivalent to the search for the first hut, or does it take us in a better direction. See Before the Neanderthals: How Hearth and Home Made Us Human.

I also wonder if What moves us? How mobility and movement are at the center of human evolution (by Kuhn, David A. Raichlen, and Amy E. Clark) could be a link between the perspective of Evolutionary Anthropology and the kinds of movement and mobility Ingold has endorsed.

On 19 April 2018, the FiveThirtyEight blog asked Who Built The First House? And What Even Is A House? demonstrating that these questions are alive and well in the popular sphere. The article quotes anthropologists Peter Peregrine, Jerry Moore, and Carol Ember. But in the end, they all provide an answer that a “first house” must be a kind of cultural imposition or deviation from what would be considered nature: “Whoever invented the house invented more than a building–it was an expression of culture that was shaped by the way people lived, and it shaped our lives in turn. Houses are, as Moore put it, ‘part of the consultable record of what it means to be human.'”

Of course, that’s exactly the perspective that Ingold wants to question in this chapter. For example, let’s swap in beaver lodge for house: “Whoever invented the beaver lodge invented more than a beaver dam–it was an expression of culture that was shaped by the way beaver lived, and it shaped other beaver lives in turn. Beaver lodges are, ‘part of the consultable record of what it means to be beaver.'”

For any animal, the environmental conditions of development are liable to be shaped by the activities of predecessors. The beaver, for example, inhabits an environment that has been decisively modified by the labours of its forbears, in building dams and lodges, and will in turn contribute to the fashioning of an environment for its progeny. It is in such a modified environment that the beaver’s own bodily orientations and patterns of activity undergo development. The same goes for human beings. Human children, like the young of many other species, grow up in environments furnished by the work of previous generations, and as they do so they come literally to carry the forms of their dwelling in their bodies–in specific skills, sensibilities and dispositions. But they do not carry them in their genes, nor is it necessary to invoke some other kind of vehicle for the inter-generational transmission of information–cultural rather than genetic–to account for the diversity of human living arrangements. (Ingold 2000:186)

The House & The Tree

Ingold’s chapter also includes the memorable example of comparing a tree with a house:

Thus the distinction between the house and the tree is not an absolute but a relative one – relative, that is, to the scope of human involvement in the form-generating process. Houses, as Suzanne Blier notes (1987:2), are living organisms. Like trees, they have life-histories, which consist in the unfolding of their relations with both human and non-human components of their environments. To the extent that the influence of the human component prevails, any feature of the environment will seem more like a building; to the extent that the nonhuman component prevails, it will seem less so. (187)

For a contemporary example, see Wild Plants and Historic Archaeology (April 2018) which discusses how to discern previous human habitations from the “wild plants” that are now growing there.