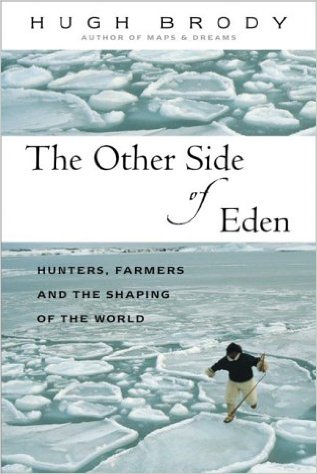 For Brody, the crucial issue was what happens at “The Hearing” and his final recommendations regarding the pipeline.

Updates on the “Other Side of Eden”

In some ways, since Brody’s research in the 1970s, it seemed like Canadians had become much more aware of indigenous peoples and indigenous issues. On the 2017 Canada Day, see #Canada150, Indigenous nations 13,000… at anthro everywhere!

On the other hand, as Jeremy Schmidt in Bureaucratic Territory: First Nations, Private Property, and “Turn-Key” Colonialism in Canada indicates, “bureaucrats in Canada used the development of new legislation regarding private property on lands reserved for First Nations to convert Indigenous claims to territory into spaces akin to municipalities.”

In 2018 Sarah Shulist and Katie Biittner made A Statement on Structural Racism in Canada which certainly interrupted notions of increased awareness. Shulist and Biittner want to make clear:

That we oppose the narrative of Canadian exceptionalism that says we are different, better, less racist, and more accepting than any other country in the world, that we respond to declarations that this is the best country in the world to live in with disgust and anger rather than pride, and that we demand that the insights presented in report after report about the ongoing systemic violence of colonialism become more than descriptors on a page.