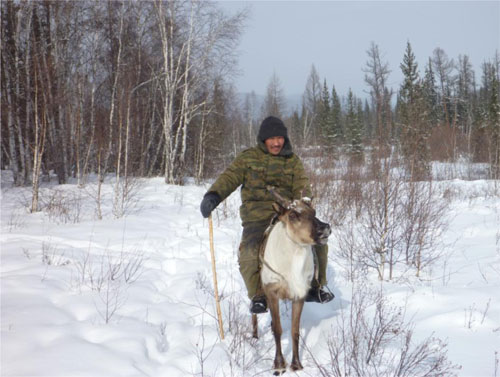 From Trust to Domination

For Cultural Ecology 2017 we read Tim Ingold’s “From trust to domination” (61-76) inThe Perception of the Environment: Essays on Livelihood, Dwelling and Skill. We read Ingold together with Hugh Brody’s Maps and Dreams: Indians and the British Columbia Frontier (136-213), concentrating on a key issue to figure out Brody’s answers to the vital questions (135).

Ingold’s chapter is a treasure-trove of insights. Ingold discusses how anthropologists are often wonderful at detailing hunter-and-gatherer conceptions of the non-human animals and plants as “sharing.” However, anthropologists ultimately would see this as a metaphorical construction. Ingold argues against the idea of sharing as a metaphor, or a “cultural construction.”

Nature, we say, does not really share with man. When hunters assert the contrary it is because the image of sharing is so deeply ingrained in their thought that they can no longer tell the metaphor from the reality. But we can, and we insist–on these grounds–that the hunters have got it wrong.
This strikes me as profoundly arrogant. It is to accord priority to the Western metaphysics of the alienation of humanity from nature, and to use our disengagement as the standard against which to judge their engagement. Faced with an ecological crisis whose roots lie in this disengagement, in the separation of human agency and social responsibility from the sphere of our direct involvement with the non-human environment, it surely behoves us to reverse this order of priority. (2000:76)

A short blurb on The Anthropo.Scene reminded me of Ingold’s perspective. The blurb is for a new book titled Consecrating Science: Wonder, Knowledge, and the Natural World by Lisa Sideris:

Sideris argues that instead of cultivating an ethic of respect for nature, the new cosmology encourages human arrogance, uncritical reverence for science, and indifference to nonhuman life. Exploring moral sensibilities rooted in experience of the natural world, Sideris shows how a sense of wonder can foster environmental attitudes that will protect our planet from ecological collapse for years to come.

One extremely interesting point of Ingold’s chapter is that while contemporary observers tend to distinguish domination from domestication and to distinguish human slavery from animal slavery, actual pastoralists do not. The evidence is quite extraordinary:

Now if by the notion of domestication is implied a kind of mastery and control similar to that entailed in slavery, then this notion might indeed be applicable to describe the pastoralist’s relation with the animals in his herd. Richard Tapper argues, along precisely these lines, that where ‘individual animals are taken out of their natural species community and subjugated to provide labour for the human production process, . . . their feeding under the control of their human masters’, one may reasonably describe the ‘human–animal relations of production’ thereby established as ‘slave-based’ (Tapper 1988: 52–3). In those societies of the ancient world in which slavery was the dominant relation of production, the parallel between the domestic animal and the slave appears to have been self-evident. The Romans, for example, classified slaves and cattle, respectively, as instrumentum genus vocale and instrumentum genus semi-vocale (Tapper 1988: 59 fn. 3), while Vedic texts, according to Benveniste (1969: 48), have a term pasu for animate possessions that admits two varieties, quadrupedal (referring to domestic animals) and bipedal (referring to human slaves). Perhaps the most extraordinary piece of evidence comes from the work of the Japanese scholar, K. Maekawa, on the temple economy of Sumeria in the third millennium BC. From his analysis of Sumerian texts, Maekawa shows that the temple-state of Lagash maintained one population of captured female slaves to work as weavers, and another population of cattle for the supply of milk. In each population, female offspring were retained to secure its continuation, while male offspring were castrated and put to work: the men in hauling boats up-river, the oxen in pulling the plough (cited in Tani 1996: 404–5). (Ingold 2000:74-75)

For an interesting debate along similar lines, see When Did Horses Transform Mongolians’ Way of Life? by Peter Coutros in Sapiens (January 2018). Coutros, following David Anthony’s The Horse, the Wheel, and Language, points out that there are “other activities that do not require domestication, such as pulling chariots or plows.” However, this elicits a debate in the comments: could undomesticated horses really pull chariots or plows? My feeling is that if we follow Ingold’s lead, we can say that these undomesticated horses may have been “enslaved” and that Mongolian pastoralists would not have seen such a firm distinction between this form of domination and our contemporary ideas of domestication.