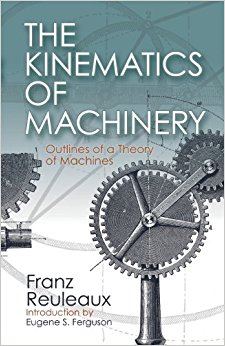 For the final part of Cultural Ecology 2017 we used anthropological work to speculate on big questions about the future of life in the Anthropocene. A big question: Will Machines Replace Humans?

Recent advances in automation and robotics have reinvigorated the question of “will machines replace humans?” To explore such issues, Tim Ingold revisits Robert L. Heilbroner’s classic 1967 article “Do machines make history?” Ingold also investigates the many interpretations of Karl Marx’s analysis of capitalism and modes of production.

This takes us into the long history of efforts to define tool, machine, and technology. What is a tool? What differentiates a tool from a machine? Since all humans use tools, does that mean all humans have a technology? Unpacking these previous ideas regarding technological determinism will enable us to better answer the question of “will machines replace humans?”

In summary, Ingold provides a powerful answer of “No!”:

Does [the worker] become, in Marx’s phrase (1930:408,451), no more than a ‘living appendage’ of the machine? Not quite, for it is a fact that the best-constructed system of automatic machinofacture, even if provided with a continuous supply of fuel and raw materials, would soon grind to a standstill without human attention. This is simply because machines, unlike living organisms, are not self-maintaining systems, and are incapable of making up themselves for the effects of wear and tear. As Marx himself admits, machine repair and maintenance call for skilled craftsmanship, but the mechanics and engineers who ply this craft ‘comprise a superior class of workmen’, having a higher status (and higher pay) than the mass of the factory workforce whose principal task is to keep the machines supplied.

And in April 2018, Ingold’s answer meshes perfectly with issues encountered by Elon Musk:

Yes, excessive automation at Tesla was a mistake. To be precise, my mistake. Humans are underrated.

Resources for “Will machines replace humans?”

This newest wave of displacement is not necessarily a bad thing. Like technological innovations of the past, advances in AI have the potential to free us humans from certain repetitive tasks and enable us to focus on more creative work. However, it is important to consider how the benefits of technologies are distributed and to recognize the value of the knowledge and skills that ordinary workers bring to this socio-technological transition.