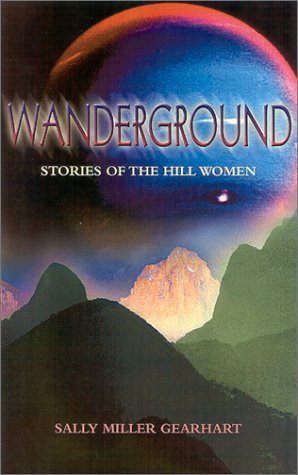 Would the world be better off without humans?

In Cultural Ecology 2017, we speculated on questions about the future of life in the Anthropocene. One interesting question: Would the world be better off without humans? We posed this question primarily from reading a section of Anna Tsing in The Mushroom at the End of the World: On the Possibility of Life in Capitalist Ruins.

Peasant Forests: Would the World be Better Off Without Humans?

The question of “would the world be better off without humans?” arises in part because of Tsing’s research with “Professor K” in Japan who “turned his professional work toward restoring Japan’s peasant landscape” (2015, 182). Professor K aims to restore “peasant forests” (2015, 183). It’s a very different conception of the relationship between humans and the natural world than many people hold in the United States and around the world. Many who are concerned with the environment depict peasants as the destroyers of forests. The goal is to keep the peasants and people away so that nature can be nature.


The sustainability of nature must be brought out through human work.Click To Tweet
But for Professor K and his students, they needed to have coppiced trees, trees that grow back from stumps, in order to recover the vitality of the forest:

The coppiced oaks were also in trouble. We admired the ancient stools that had regrown over and over into trees. But a wilderness of other plants now surrounded them, and since they had not been coppiced for many years, they no longer retained the always-youthful qualities that shaped the architecture of the forest. He and his students, he explained, would have to learn the art of coppice again. Only then, he said, could they attract the plants and animals of the peasant landscape: the birds, shrubs, and flowers that made Japan’s four seasons so fruitful and inspiring. Because of the work they had already done, he said, these life forms were beginning to come back. But all this was an ongoing labor of love. The sustainability of nature, he said, never just falls into place; it must be brought out through that human work that also brings out our humanity. Peasant landscapes, he explained, are the proving grounds for remaking sustainable relations between humans and nature. (2015, 183)

The sustainability of nature must be brought out through human work. Wow! Peasant landscapes remake sustainable human-nature relationships. Double Wow! (Note that the Trinketization blog in April 2018 also highlights these sections on Coppice, as “a brilliant project that must be so fun.”)

The Extreme Neo-Luddite Position: Would the World be Better Off Without Humans?

My first introduction to the idea of answering the question of “Would the World be Better Off Without Humans?” was in 1992 when I took a class with Professor Kurt Tauber in Political Science: “The Politics of Technoscience and Freedom.”

As he rehearsed the syllabus, Professor Tauber especially noted that he wanted to hear our thoughts about Sally M. Gearhart’s “An End to Technology: A Modest Proposal” in Machina Ex Dea: Feminist Perspectives on Technology (1983). Tauber wryly hinted that he didn’t want to give anything away, but it would be an “extreme Neo-Luddite position.”

An extraterrestrial observing our polluted and diseased planet would have to conclude that homo sapiens, the inventor of technology, was an evolutionary blunder and should now silently fold its wings and steal away. I agree with that cosmic observer. From the point of view of our fellow species and the earth itself, the best that can happen is that human beings never conceive another child, that the child being conceived at this very moment be the last human being ever to exist.

Granted, the intervention of some outside force whose magic wand sterilizes the entire race does not gather many bets. Even slimmer is the likelihood that human beings will develop the consciousness necessary for a voluntary cessation of reproduction. Those odds, however, in no way reduce the integrity or the good sense of the proposal. The idea suggests absolutely no bloodshed, no destruction of property or reputation. There will simply be no more of us. Ever. To those who cry “That flies in the face of our drive to preserve the species,” I answer that recent history does not document even the slightest inclination on our part toward species preservation, but, rather, records our determination to poison and asphyxiate ourselves. The greater virtue of my solution rests in the fact that when we go we will have the decency not to take the rest of the planet with us. (1983, 180-181; the final two paragraphs are also worth reading)

Interestingly, a May 2017 article from The Onion pleads for much the same: Pressure Mounting For Humans To Step Down As Head Of Failing Global Ecosystem. It’s tongue-in-cheek, of course, but makes a similar and strong argument to Gearhart.

What would Tsing say about Gearhart?

Anthropologists like Anna Tsing have long insisted that the problem is not “humanity” or “humans” in general, as a species, but the very specific forms of power developed in the West. Those specific forms have indeed been broadcast to masquerade as human universals, but anthropologists insist on unmasking their particularity.

When I look back at my notes on the Xerox copy of Gearhart’s chapter, I’ve highlighted the paragraph before the extreme neo-Luddite solution. Although I was not an anthropology major, perhaps I was already turning toward anthropology:

To be sure, some groups of human beings have related well to the earth, have developed a consciousness worthy of our intellectual gifts. But, precisely because they refused technology, they became vulnerable to those who didn’t. Technology leads to power, domination, control. Our failed consciousness in our relationship to the planet will inevitably, alas, prevail. The one rotten apple spoils the barrel. Until the worst of us is reformed, the whole species seems doomed; our nature seems to be to destroy whole portions of our self. (1983, 180)

In other words, Gearhart would say, “yes, there are some people like you anthropologists document, usually hunter-gatherers and maybe even peasants. But they had to give way to technology and power.”

Gearhart’s point may still be true. But looking back from the now, and “the mushroom at the end of the world,” I’m not entirely convinced. I think there may be, yet, a way to humbly listen to other human beings and learn the art of coppiced trees again. We humans may often overestimate our intelligence, and overestimate the benefits of our intelligence. But the power of the human imagination–and a sense of wonder–may yet help us find a way out of the mess. And that’s why we need anthropology’s generous and comparative inquiry.


the power of the human imagination--and a sense of wonder--may yet help us find a way out of the mess.Click To Tweet

Updates on “Would the world be better off without humans?

This reading was for the 2017 Cultural Ecology course.

To cite: Antrosio, Jason. 2017. “Would the world be better off without humans? On Nature and Sustainability.” Living Anthropologically website, https://www.livinganthropologically.com/cultural-ecology-2017/would-the-world-be-better-off-without-humans/. First posted 3 May 2017. Revised 15 March 2021.