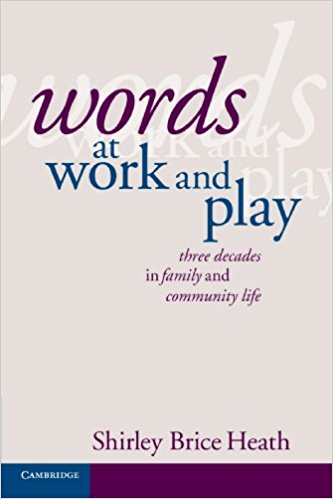 David Brooks is a Cultural Problem

The idea of culture has become a cultural problem. As I was finishing an Introduction to Anthropology course and getting the books ready for Cultural Anthropology, then along came David Brooks with his 2013 column What Our Words Tell Us. The article spent two days at the top of the New York Times most e-mailed list. As one of the primary purveyors of culture terminology, anthropology professors need to address David Brooks in our courses.

Brooks reports on studies based on the Google Books database. They are interesting studies purporting a rise in the use of individualizing words, and a decline in the use of community words. Taken with the proper dose of methodological caution, such searches can be good fodder for linguistic anthropology. Jane Hill pioneered using a Google search on mañana to trace the meanings of Mock Spanish in Intertextuality as Source and Evidence for Indirect Indexical Meanings (2005).

Over at the Language Log, Mark Liberman takes a closer look at this Ngram morality. Liberman chides Brooks for not citing or linking to the papers, “a form of journalistic malpractice.” Liberman notes how Brooks does not mention the “ideological and temporal inconsistency” in the sources. Moreover, at Language Hack, it seems pretty clear that the facts just don’t check out. Tom Hinkle convincingly demonstrates that phrases like “band together” have not been receding, while the phrase “family comes first” has been steadily rising.

Why let facts get in the way of culture?

Such annoying little inconsistencies like history and facts would be too devastating for Brooks’s big-blurb-meme. “Gradual shifts in language use over the centuries reflect tectonic shifts in culture.” And then there’s the kicker:

Liberals sometimes argue that our main problems come from the top: a self-dealing elite, the oligarchic bankers. But the evidence suggests that individualism and demoralization are pervasive up and down society, and may be even more pervasive at the bottom. Liberals also sometimes talk as if our problems are fundamentally economic, and can be addressed politically, through redistribution. But maybe the root of the problem is also cultural. The social and moral trends swamp the proposed redistributive remedies.

First, the idea of “pervasive up and down society” is exactly the kind of methodological caution one would want to use with a Google Book analysis. Hello, this is a book search. And hello to Shirley Brice Heath’s long research on different forms of literacy.

Shirley Brice Heath in Words at Work and Play: Three Decades in Family and Community Life is much better. Heath “shows how families constantly rearrange their patterns of work, language, play and learning in response to economic pressures.”

Or see Robin Lakoff in What Our Words Don’t Tell Us. Lakoff prescribes a huge dose of methodological caution:

It is hardly respectable scholarship to jump to the conclusion that changes in word frequency necessarily indicate changes in topics under discussion (new words may replace familiar ones but have similar meanings), and even if they do, it is very dubious–ethically questionable, you might say–to jump from there to the conclusion that these changes signify deep societal changes in the direction of moral decline, unless writers are prepared to make explicit and be prepared to defend their understanding of “morality” and “decline.” Social science is still, happily, distinguishable from theology.

Or see this comment from mancuroc: “Earth to Brooks: the economy strongly determines the culture. That is why we now talk of a culture of greed, the degree of which represents a tectonic shift in our culture and which has itself undermined community bonds.”

Earth to Brooks indeed. But now take a look at the anthropology classes. Do they also play into Brooks’ game-plan by going on and on about culture?

Whenever you hear culture of poverty look for a culture of greed nearby.

Paul Krugman wrote one of the better retorts to this sort of thinking in his February 2012, Money and Morals. This was back when all the chattering classes (including David Brooks) were talking about Charles Murray’s Coming Apart: The State of White America, 1960-2010. Given the strange 2017 revival of Charles Murray, this material is worth a re-read.

The real winner in this controversy is the distinguished sociologist William Julius Wilson.

Back in 1996 . . . Mr. Wilson published When Work Disappears: The World of the New Urban Poor in which he argued that much of the social disruption among African-Americans popularly attributed to collapsing values was actually caused by a lack of blue-collar jobs in urban areas. If he was right, you would expect something similar to happen if another social group–say, working-class whites–experienced a comparable loss of economic opportunity. And so it has.

So we should reject the attempt to divert the national conversation away from soaring inequality toward the alleged moral failings of those Americans being left behind. Traditional values aren’t as crucial as social conservatives would have you believe–and, in any case, the social changes taking place in America’s working class are overwhelmingly the consequence of sharply rising inequality, not its cause.

June 2017: David Brooks is at it again. Brooks always jumps on any research he can use to recast a socioeconomic issue as a cultural problem. In his Why Fathers Leave Their Children he reproduces the same tactics I describe in this post. As I wrote in my comment: “Ah, this is such classic David Brooks. Take a study, novelize it, then act as if most of the problem is one of culture or morality. Then suggest that most of the solution is culture or moral preaching. Brooks has a slight nod at the end to economic support programs, but it’s more like a caveat.”