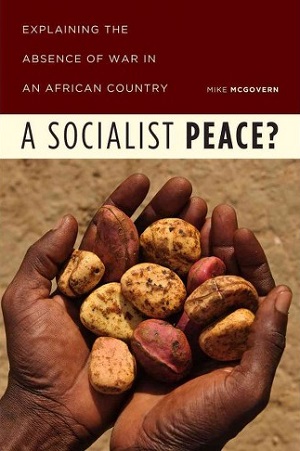 Before You Judge, Stand in Her Shoes

When I first flagged the op-ed by anthropologist Mike McGovern, Before You Judge, Stand in Her Shoes, I also included comments from parenthropologist who wrote, “I fear that Mike McGovern’s point, in his op-ed, will be lost on too many Americans who feel that there are too many immigrants, legal and especially illegal, in ‘their’ country.”

But it’s worse. In Don’t walk a mile in her shoes, Robert Fulford uses McGovern’s article to attack anthropology and the idea of cultural relativism.

McGovern was not doing cultural relativism

Fulford excoriates McGovern for “a coarsely applied version of cultural relativism, an idea that long ago lost its professional moorings and became a dead weight on serious thinking.” But at no point does McGovern use the word culture or cultural or relative or relativism. McGovern is instead

This is not cultural relativism. McGovern is not justifying lies based on a “culture of deception.” He is not claiming there were different “cultural conventions” for male-female interactions. McGovern is talking about power, history, and political economy. Fulford tells us we don’t need to know about such things. For Fulford, all that matters is that McGovern is an anthropologist, therefore he must be promoting the idea of cultural relativism.

McGovern is instead doing what Lila Abu-Lughod advocated:

Cultural relativism is certainly an improvement on ethnocentrism and the racism, cultural imperialism, and imperiousness that underlie it; the problem is that it is too late not to interfere. The forms of lives we find around the world are already products of long histories of interactions. (Do Muslim Women Really Need Saving? 2002, 786-87)

Fulford would rather not hear it. In many ways, most people would rather have anthropologists tell cute stories about cultures and just-so stories of evolution rather than confront history and political economy (see blog-post Anthropology is Necessary).

Fulford traces cultural relativism to Franz Boas, “the pioneer anthropologist. He argued that humans should be understood in terms of their own cultures. Taught by his students, and the students of his students, his views became the foundation of his profession.” Fulford then says Boas’s “sensible idea” has now saturated society and “a distorted version of Boas has become such a persistent background noise that it drowns out intelligence based on experience.”

Fulford is in some ways correct. Distorted ideas of culture and cultural relativism have become extremely popular, and not in a good way. However, Fulford mangles the historical record. First, Boas was not really the popularizer here, but Ruth Benedict, whose still best-selling Patterns of Culture is the true source:

The recognition of cultural relativity carries with it its own values . . . It challenges customary opinions and causes those who have been bred to them acute discomfort. . . . As soon as the new opinion is embraced as customary belief, it will be another trusted bulwark of the good life. We shall arrive then at a more realistic social faith, accepting as grounds of hope and as new bases for tolerance the coexisting and equally valid patterns of life which mankind has created for itself from the raw materials of existence. (Patterns of Culture 1934, 278; see also Ruth Benedict & the Anthropological Concept of Culture.)

But more importantly, this popularized version of cultural relativism was hardly the foundation of anthropology. By the time of the students-of-the-students of Boas–people like Eric Wolf and Sidney Mintz, among others–anthropology had already turned toward questions of power, history, and political economy. Ideas of culture and cultural relativism have long ceased to be the exclusive domain of anthropology (for more, see blog-posts Doubling Down on Culture, Cosmo and Cosmopolitanism, and Culture Doesn’t Matter).

Anthropology owns the franchise on cultural relativism, yet anthropologists as a group seem to approach the subject with a mixture of ambivalence and ennui. . . . Cultural relativism lives on in the undergraduate anthropology curriculum, of course, and those of us who teach introductory courses dutifully tackle it at least once a semester. This gives the subject something of the character of Valentine’s Day cards exchanged between spouses: a ritualized expression of commitment more convincingly communicated in other ways. As much as anything, we fear that our students will think us negligent should we fail to discuss it. (2008, 363)

Brown’s article and the replies are worth reading, especially in preparation for the classroom. As Brown comments, “nowhere is relativism’s stock higher than among undergraduates” (2008, 363). However, these dueling articles from McGovern and Fulford provide an opportunity to evaluate cultural relativism in 2011. Apparently anything an anthropologist says–including lessons on history and political economy–can be simply dismissed as cultural relativism. It’s a disturbing tale, of how anthropologists get attacked just for being anthropologists (see blog-post Anthropology Ambushed).


Cultural relativism is a method, a way of understanding, but not a philosophy. It is not a way of avoiding judgment, but may actually lead to better judgment.Click To Tweet
As for walking a mile in someone else’s shoes, it can be a metaphor for anthropological fieldwork, or even more than a metaphor: putting on someone else’s shoes, or taking off your shoes, opens new ways of perceiving the world, as Tim Ingold explains in Culture on the ground: The world perceived through the feet (2011).

This moral optimism permeates anthropology to different degrees. . . . It sustained anthropology’s defense of cultural relativism from Boas to Mead to Geertz’s magisterial lecture on “Anti Anti-relativism” (1984)–one of his best pieces precisely because he does not hide the stakes for anthropologists and for non-anthropologists. Yet anthropologists rarely make that optimism explicit. First, a false construction of objectivity–one that denies the observer the right to sensibilities, as if these sensibilities could disappear by fiat–pushes anthropologists into deep denial about that moral leap, in spite of the fact that this leap–and the generosity it implies toward humanity as a whole–may be the discipline’s greatest appeal for entering graduate students. Second, as these graduate students mature, they learn–incorrectly–to associate that moral optimism with social optimism, with teleology, or worse, with political naïveté. Moral optimism need not produce political naïveté. The two become close only when that optimism is shameful, when it refuses to present itself as a primal act of faith in humankind, however qualified by history and politics. (Global Transformations 2003, 135)

Thanks to a tweet-cite from Dr. Holly Dunsworth in 2018, I revisited this post on cultural relativism from 2011. Unfortunately the details of DSK in New York City are now murky and mostly lost to historical memory. Nevertheless, the pair of essays that emerged from this incident are still a good way to think through the popularization of cultural relativism as compared to how anthropologists actually use the concept. For my most recent take on cultural relativism, see this 2021 lecture based on Anthropology: What does it mean to be human?: