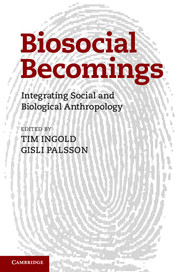 Just as I was preparing to teach Cultural Anthropology 2015, two posts about culture came out on powerhouse anthropology blogs. On Savage Minds, Alex Golub reviewed The Asian American Achievement Paradox

by Jennifer Lee and Min Zhou. Whereas on the face of it Lee and Zhou are arguing against simplistic “it’s their culture” notions to explain the achievement of some Asian Americans, Golub states they are not arguing against cultural explanations:

The book deserves discussion because of the way it frames the culture concept, studies ‘culture of success’ (and, lurking in the background, ‘culture of poverty’ ) arguments, and attempts to intervene in the public sphere. It is an excellent model for how anthropologists should approach a topic they often shy away from. But it’s an argument for culture not against it. Or rather, for a good understanding of culture rather than an essentialized and inadequate ethnoracial understanding of culture.

Or as Golub puts it in the title Book proves culture leads to Asian American success, headlines claim opposite.

edited by Tim Ingold and Gisli Palsson (the review originally appeared in Mana and is translated from the Portuguese by Daniela Ginsburg). Pitrou’s review begins with Ingold:

Rather than integrating cultural phenomena into a classic evolutionist schema, the general theory of evolution defended by Ingold emphasizes the porousness of the boundaries between human and non-human, organism and environment when one takes an (eco)-systemic view, the only view by which one can legitimately claim that “the domain of the social and the biological are one and the same” (9, italics in original).

Meanwhile, also on Somatosphere, Jeff Snodgrass has launched a series on bioculturalism: “I’m perplexed by cultural anthropology’s antagonism toward biology, with culture and biology more typically treated as providing alternate and competing, rather than complementary and synergistic, explanations for human functioning.”

by Robert Welsch and Luis Vivanco. While reviewing some classic contributions from Franz Boas and Ruth Benedict, Welsch and Vivanco also provide an intriguing definition of culture for the purposes of their book: “Culture consists of the collective processes that make the artificial seem natural” (2015:39). [Update 2016: see Giving Meaning to Human Lives? for a Cultural Anthropology 2016 version.]

Little wonder students and the public might get confused about how anthropologists think through culture. Hell, I’m confused. Are we still supposed to be using culture against the notion of race and biological determinism? Or are we only supposed to use culture if it’s very very sophisticated? Or is culture OK as long as it includes history and power? Or should it be dropped entirely since the distinction of nurture/nature or social/biological is untenable?

My take is that in contemporary discussions about culture, we generally don’t take enough account of three inter-related aspects:

This is important stuff to sort out, for teaching all those cultural anthropology courses, but also because culture is still very much a live issue in the way anthropology makes its public appearances.

Culture in the Academy

To begin, let’s look at how Welsch and Vivanco also define culture, as “the collective processes that make the artificial seem natural” (2015:39). Now, the word artificial looms strange, as it seems to separate what humans do from the natural, or as Ingold asks: “by what right do we conventionally identify the artificial with the ‘man-made’?” (The Perception of the Environment

2000:174). Nevertheless, a slightly re-worded instance of this definition reveals what I think is Welsch and Vivanco’s unacknowledged debt to Pierre Bourdieu and his notion of habitus as “history turned into nature, i.e. denied as such” (Outline of a Theory of Practice

1977:78). Certainly as a sociocultural anthropologist, this is an intriguing way of looking at culture in the world. But this is also pretty heady stuff from Bourdieu, and I’m not sure how well it plays for people unfamiliar with these debates.

Ingold and Palsson’s volume seems aimed mostly at uniting anthropological subfields, especially sociocultural and biological anthropology. Their proposal to realize the unity of the social and biological domains is directed primarily at re-unifying anthropological research. It is reminiscent of Michel-Rolph Trouillot’s earlier call: “Abandoning the word ‘culture’ would free practitioners from within all the subfields of the discipline, and enhance dialogue between sociocultural anthropologists, archaeologists, and especially biological anthropologists. . . . Debates would turn on specifics, not on generalities” (Global Transformations

Meanwhile, Snodgrass is talking with biologists, and telling us that biologists are much better these days: “Contemporary biologists are now exquisitely attuned to the manner that biological structures and processes respond flexibly to their environments, as demonstrated in innumerable examples of human neuro- and corporal ‘plasticity.'” I guess on that point I’m not as optimistic as Snodgrass. After all, if contemporary biologists were all now so exquisitely attuned, would there be a need for a whole blog, The Mermaid’s Tale which often seems devoted to debunking the misreading of genetic interpretations? And even if the researchers are all sophisticated now, the reception of that message is less certain. Back to Welsch and Vivanco on the idea of biological hardwiring: “News outlets confirm these beliefs nearly every day, with proclamations that scientists have discovered a new gene or hormone that explains disease, mental illness, gender characteristics, sexual preference, racial type, personality, or emotional states” (2015:56).

Launching Culture into the World

Plenty has been written about this, although it probably can’t be said enough: Especially in U.S. anthropology, culture was launched against the idea of race, and in order to counteract racism. But the problem here, as Golub notes in his review, is that culture basically became used as race-lite or an “ethnoracial understanding of culture” (see When culture starts looking like race: Dobu and why reifications matter).

Culture is now how people turn history into nature

Finally, and related to the two points above: If it is true that what culture tells us is how history becomes seen as the natural, “history turned into nature, i.e. denied as such,” then we need to confront the fact that in the U.S. (and probably elsewhere), one of the best ways to deny history and power, to basically make something seem natural, is precisely to invoke the “it’s their culture” argument. And this, it seems, may be one of the reasons Trouillot urged anthropology to drop the word culture while defending the concept:

The word is lost to anthropology for the foreseeable future. To acknowledge this is not to admit defeat. Rather it is to face the reality that there is no privileged space within which anthropologists alone can refashion the word. Culture is now in an orbit where chasing it can only be a conservative enterprise, a rearguard romance with an invented past when culture truly meant culture–as if culture ever meant culture only. . . . There is a conceptual kernel to defend, but that defense need not be tied to a word that the general public now essentializes on the basis of our own fetishization. We need to abandon the word while firmly defending the conceptual kernel it once encapsulated. (2003:115; see Adieu, Culture: Fetishizing Fieldwork on the Road to Essentialism)

So really, it’s all pretty easy. Just whenever you use the word culture, try to keep in mind that this can have different meanings for sociocultural anthropologists, among anthropologists in various subfields, and across the academy; pay attention to the political trajectory, especially as pertains to race and racism; and be aware that people often use “culture” in a way that erases history, interconnection, and power. That’s it.