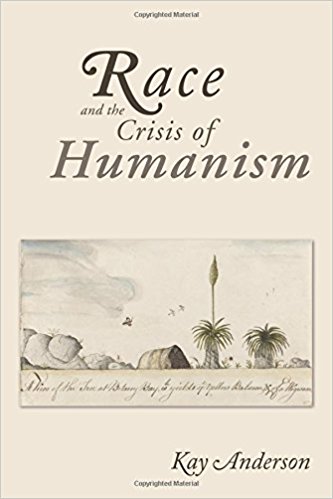 Denisovans! One funny thing about the Living Anthropologically blog is that I was once in the forefront of reporting Denisovan admixture and how to interpret and present Denisovans anthropologically. This especially includes findings about Denisovan Brains. This Denisovan journey began with a survey titled “Denisovans, Neandertals, Anthropology 101” which eventually became the content sections Denisovans, Neandertals, Archaics as Human Races and More Mothers than Mitochondrial Eve.

So every time there’s a new Denisovan paper, people land here. August 30, 2012 was one of those days for Denisovan Brains. The paper is A High-Coverage Genome Sequence from an Archaic Denisovan Individual and as John Hawks reports Denisova at high coverage, this is exciting technology and very cool research. But it’s also very complex and is going to require us to reinvestigate the archaeological story.

I also agree with Razib Khan’s comment on Deep dive into the Denisovans:

I think population movements in near and far prehistory significantly obscure our comprehension of the patterns of past genetic variation. One reason that the Denisova hominin presents conundrums (e.g., how did Australians and Melanesians admix with a population whose only remains are found in Siberia) is that we’re viewing it through the lens of the present. What other lens can we view it through? We’re not time travelers. But we should be perhaps more conscious of the filter which that imposes upon our perception and model of the world. This is probably a time when it is best to have only a modest confidence in any given proposition about the prehistoric past.

It is best to have only modest confidence.

What bothers me about Denisovan coverage are headlines like Brain genes differences mark ancient Denisovans. In this USA Today piece:

Whether the genes that modern people possess which were absent in Denisovans’ genome account for modern people’s success remains unclear, Svante Paabo notes. “And it’s quite interesting for me to note that eight of them has to do with brain function and brain development, the connectivity in the brain of synapses between nerve cells function, and some of them have to do with genes that, for example, can cause autism when these genes are mutated,” Paabo says. “So I think that this is perhaps in the long term to me the most fascinating thing about this, what it will tell us in the future about what makes us special in the world relative to the Denisovans and Neandertals.”

The problem with statements like that would seem obvious. This article is using terms like “primitive humans” and Paabo is talking about Denisovan brains. But it’s also telling us that Denisovan admixture only shows up in Australia and New Guinea, not in southeast Asia.

Do these scientists and journalists have any idea of the possible racist interpretations lurking in such statements? It is not an accident that attempts to refute Race/IQ plasticity often turn to the Australian aborigines as a final appeal. This appeal is also consistent with the hardening of 19th-century race ideas with British colonialism in Australia. For more, see Race and the Crisis of Humanism and the section on Anthropology and Human Nature.

Hawks counters that it might be a little early to begin drawing conclusions about human brain evolution from genetic comparisons with archaic relatives. Decoding the genetic map of the brain and cognition from a genome is still a long way off, he notes–unraveling skin color is still difficult enough given our current technologies and knowledge.

But the headline remains–Denisovan brain differences, admixture only showing up in Australia & New Guinea. It’s a great recipe. I’m just waiting for the next Nicholas Wade article that calls Denisovan admixture “interracial marriage.”

In the meantime–please be circumspect with speculations about Denisovan brains. Take care when launching scientific speculation into the media.

Update 2012: In addition to the Denisovan complexities described above, see My ancestors, myself by Jonathan Marks, in the recently launched Aeon Magazine. Marks writes: “My feeling is that the Denisovans are a reification as well, built from genetic data, biological deduction, and anthropological assumption.” It’s a feeling I’ve come to share, as I suspect some of the Denisovan complexities may be a result of our speculative analytical techniques outrunning the archaeology, which may yet have more to reveal on this story.