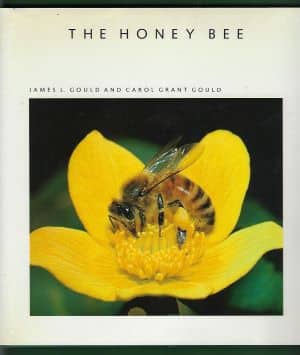 Where are we? When I teach this Ingold chapter in a traditional setting, it is from a classroom, with a number: Clark 329. I imagine prospective students, looking at maps, wandering around campus. Ingold’s chapter is about how we find out where we are. “For the map-using stranger” knowing where we are is “defined by the intersection of particular coordinates on the map” (219).

In the March 2020 COVID-19 version of the course, “Where are we?” takes on a whole new set of meanings. Some of us are in unfamiliar places and require more maps; others have returned to a familiar place. Additionally, Ingold wrote this chapter long before the GPS and smartphone revolution. In 2020, the question of “Where are we?” is most likely answered by firing up the map function on a phone. Navigation means plugging in two points and letting the app tell us how to get there.

After we have taken a trip a number of times, the route becomes familiar. We don’t need the map app anymore, just like we don’t need a map app for our homes. The question Ingold asks is how this happens. The traditional answer has been that the map gets copied into our heads. We don’t need the map app because we now have it as a mental map or cognitive map: “The difference is just that the native inhabitant’s map is held not in the hand but in the head” (219).

The idea of a cognitive map is linked to the idea that getting from place to place is simply to mechanically execute a route plotted on a map or app. The “actual movement from place to place is a perfectly straightforward, indeed almost mechanical matter of executing the prescribed course. Getting from A to B, in short, is explained through the harnessing of a simple process, of bodily locomotion, to a complex structure, the mental map” (220). Such ideas are only amplified in 2020, when driving becomes a matter of mechanically following the voiced directions, to the extent that many expect self-driving cars to imminently appear.

Ingold spends some time in this section on a fascinating appraisal of studies on rats in mazes. The first hilarious revelation is that when these experiments began, the rats would “manage to climb out of the maze near the start by pushing back the cover and then run directly over the top to the food box, where they would climb back down and eat” (221). However, the researchers eventually got the mazes screwed down tight and discovered that the rats were able to develop a sense of where the food was, even if the maze were replaced by a new structure. They hypothesized that the rats had “built up ‘something like a field map of the environment'” (221; see student comment below).

Ingold describes a perhaps even more amazing experiment Carol Gould and James Gould conducted on The Honey Bee. In this experiment, the Goulds trained a group of honey bees to fly a certain path to get to a feeding station in the woods from their hive. They then moved some of the bees in a darkened container to a place far away from their regular route. “It was found that the bees flew straight from this location to the feeder, along what can only have been an entirely novel route for them” (222)!

What is also fascinating about these studies is that when humans navigate, we say it is a “complex cognitive skill” (Oatley in Ingold, 222). But Ingold writes that such evaluations carry “more than a hint of double standards. Confronted with essentially the same task, its successful accomplishment by humans is attributed to complex skills whereas bees apparently do it on autopilot” (222).

There is no such map

The fact that bees can successfully perform feats of navigation should make us doubt the existence of a mental map or cognitive map which enable us humans to get around. Indeed, this is Ingold’s core argument in the chapter, succinctly stated as: “There is no such map” (219). Instead, “places do not have locations but histories. . . ordinary wayfinding then, more closely resembles storytelling than map-using” (219).

Instead of a mental map or cognitive model, Ingold posits a “complex-process metaphor” which he calls wayfinding:

With a complex-process metaphor . . . little or no pre-structured content is imputed to the mind. Instead, wayfinding is understood as a skilled performance in which travelers, whose powers of perception and action have been fine-tuned through previous experience, “feel their way” towards their goal, continually adjusting their movements in response to an ongoing perceptual monitoring of their surroundings. (220)

In this model “we know as we go, from place to place” (229). “People’s knowledge of the environment undergoes continuous formation in the very course of their moving about in it” (230).

And so, mapping and speaking–and I will add teaching–“are genres of performance” (231). “The map, like the written word, is not, in the first place, the transcription of anything but rather an inscription. Thus mapping gives way to mapmaking transcription at the point, not where mental imagery yields an external representation, but where the performative gesture becomes an inscriptive practice” (231; see student comment below).

Ingold’s section on “Mapping is Not Mapmaking” (231-235) is packed with insights and some wonderful writing that cannot be easily reproduced or summarized here. Ingold notes that giving directions almost always takes the form of bodily gestures, and most maps are the scribbles or inscriptions of a gesture. “Every line is rather the trace of a gesture, which itself retraces an actual movement in the world. To read the map is therefore to follow the trace as one would the path of the hand that made it” (233).

As maps and cartography became more scientific, the gesture and the artistic elements were excluded from the map. If we draw a journey onto a map, we have then defaced it (234). Or, with regard to art and maps:

Art, in the words of Brian Harley, was gradually “edged off the map” (Harley 1989: 4). But to edge art off the map is also to edge human actor-perceivers off the world, to push their direct, sensory experience into the wings, and to consign their narratives of movement and travel to the realms of fable, fantasy and hallucination. (235)

Note that this is exactly what happened to the indigenous inhabitants described in Hugh Brody’s Maps and Dreams!

So, Where are We?

To return to our original question, for Ingold the question of “where are we?” is not a location but a story. It is a history, a narrative, the memory of our journeys together:

Knowing your present whereabouts has nothing to do with fixing your location in space. As someone who has lived in a country, and is used to its ways, knowing where you are lies not in the establishment of a point-to-point correspondence between the world and its representation, but in the remembering of journeys previously made, and that brought you to the place along the same or different paths. . . . For those who know a country, in short, the answers to such basic questions as “Where am I?” and “Which way should I go?” are found in narratives of past movement. (237)

Indeed, during this time of the COVID-19 Lockdown, Ingold’s reflections take on particular poignancy. “Where nothing moves there is nothing to which one can respond: at such times–as before a storm, or during an eclipse–the experienced travelers can lose their bearings even in familiar terrain” (242). We are certainly before a storm, if not in one. And Ingold’s conclusion rings truer than ever: “To find one’s way is to advance along a line of growth, in a world which is never quite the same from one moment to the next, and whose future configuration can never be fully known. Ways of life are not therefore determined in advance, as routes to be followed, but have continually to be worked out anew” (242).

Note: The material on Ingold was also discussed in the Wayfinding class of Cultural Ecology 2017. I have edited some of the Ingold quotes for pronoun usage.

How Sweet It Is (Finney)

For this class we finished the final chapter and epilogue of Finney, Black Faces, White Spaces (116-138).

In this final section, Finney again provides a helpful contrast to Ingold’s latent assumptions that being in a familiar place is automatically linked to the positively-charged characteristics of dwelling and wayfinding.

For many of the African Americans that I have interviewed and spoken with, concern about one’s safety from physical and or psychological harm was ever present in their environmental imaginary, regardless of where in the country they found themselves. Fear and mistrust of forests and other green spaces revealed a fear and mistrust of what these spaces represent in the eyes of a black person hobbled by repressive rules, cultural norms, racist propaganda, and the possibility of death. (117; see student comment below)

Indeed, for many African Americans “a walk in the woods or a hike on a mountain” (118) is not an opportunity for wayfinding but a reminder of potential lynching.

However, in this chapter, Finney in places strikes a more optimistic posture. For example, she discusses the potentially positive aspects of places like the Great Dismal Swamp (121) and how race and property can be reimagined:

While fear as a by-product of white supremacy and oppression was/is certainly part of the lived reality for many African Americans, focusing solely on the fear denies the malleability of the black imagination to create and construct a rich reality that is not grounded primarily in fear, but in human ingenuity and the rhythms and flows of life. This reorientation of focus allows for the greater possibility of engaging black contributions to ecological challenges that may fall outside the confines of state-sanctioned environmental practices that are grounded in the dominant environmental narrative. (123)

Finney proceeds to provide a number of examples of African Americans who have engaged and reimagined. Finney tells us about:

And to conclude: “Vision belongs to us all–we just need to be able to recognize and support it. So I’d like to end this book with the words of fourteen-year-old Aisha, in all her youthful wisdom: ‘We have to keep thinking of tomorrow, today'” (138).