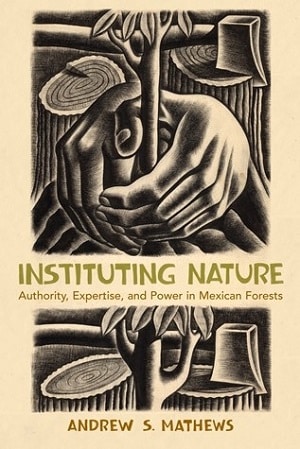 For Cultural Ecology 2020, after reading for a class titled “Shell”, we read:

The chapter titled “Establishing New Worlds: The Lichens of Petersham” by Anne Pringle is a pretty fascinating read (this 2019 student comment had biographical information on Pringle). The subject is lichens, and how to describe their patterns over time: “”Patterns of reproduction and death among the Xanthoparmelia are very different from patterns described for many animals, and often different from patterns described for plants. As an individual lichen grows older, it grows larger, and as the lichen grows larger, it reproduces more” (G165; see student comment below).

I find particularly interesting Pringle’s descriptions of how the old farms have become forests again. “Petersham is beautiful, and it’s easy to go for long walks in the surrounding forests, but Petersham is human habitat, and there isn’t one square inch that hasn’t been influenced by people. Trails often cross abandoned stone walls” (G165-166). It reminds me of walking through Oneonta, and it again is reminiscent of how during COVID-19 there are animals taking over public spaces.

In 2020, it is interesting to cross Pringle’s chapter–and the essays in the “Ghosts” section with Bryonny Goodwin-Hawkins #Afterlives: Ghosts of Infrastructures Past.

I believe Pringle’s chapter in some ways flows into Andrew Mathews’s “Ghostly Forms and Forest Histories” and so I’m reversing the order in which they appear in Arts of Living. These are definitely not old growth forests, but an amazing kind of Italian peasant forest: “The forms of individual trees, the age and size structure of forests, the physical structures of terraces and buildings, are evidence of longue durée encounters between humans, plants, animals, fungi, bacteria, and soils. This is a story of the relations between capitalism, state formation, and plant colonization; of the lively capacity of nonhumans to escape human imaginations; and of the ways that different forms of human politics have emerged from encounters between particular humans and particular nonhumans” (G146; see student comment below).

Like Pringle’s chapter, it is about abandoned farms and orchards, but this abandonment does not always have positive effects. Mathews talks about how people coppice trees, how the coppicing is vital to promoting chestnuts, and how without humans the chestnut trees go away (G149, 152). Pretty fascinating stuff, and it also reminds me of a book I once assigned for this class in which a Japanese professor also learns coppicing techniques and how to revive peasant forests–see the 2017 Would the world be better off without humans?

At the beginning of this chapter, Ingold explores the ideas of art and technology. For most of us, art and technology seem “somehow opposed, as though drawn from fields of human endeavour that are in certain respects antithetical” (349). However, Ingold insists this division is a relatively recent outcome of processes in the last two centuries. Additionally, and astoundingly:

Etymologically, “art” is derived from the Latin artem or ars, while “technology” was formed upon the stem of the classical Greek tekhnē. Originally, tekhnē and ars meant much the same thing, namely skill of the kind associated with craftsmanship. The words were used, respectively in Greek and Roman society, to describe every kind of activity involving the manufacture of durable objects by people who depended on such work for a living, from the painter to the cobbler, from the temple architect to the builder of pigsties. . . .

The decisive break, according to Raymond Williams, came in the England of the late eighteenth century, with the exclusion of engravers from the newly formed Royal Academy, which was reserved for practitioners of the ‘fine’ arts of painting, drawing, and sculpture (Williams 1976:33). It was, of course, symptomatic of a general tendency to distinguish intellectual from manual labour, along the common axis of a more fundamental series of oppositions between mind and body, creativity and repetition, and freedom and determination. But the more that “art” came to be associated with the allegedly higher human faculties of creativity and imagination, the more its residual connotations of useful but nevertheless habitual bodily skills were swallowed up by the notion of technology. . . .

The source of the problem, in my view, lies not in the concept of art, nor in that of technology, but in the dichotomy between them. (349-351; I reviewed this Ingold material in my Cultural Ecology 2017 course in a class titled Can We Reunite Art and Technology?)

Ingold goes on to develop “five dimensions of skill” (352):

This also means that instructing the next generation is “not by handing on a corpus of representations, or information in the strict sense, but rather by introducing novices into contexts which afford selected opportunities for perception and action, and by providing the scaffolding that enables them to make use of those affordances” (354; this is also why I believe that in many ways our COVID-19 distance learning experiment is destined to mostly fail).

Ingold relates the experience of attempting to make things from diagrams or from only verbal instructions–it is usually a mess (357). However, I will also say that this is one of the reasons why YouTube how-to or fix-it videos are so popular and helpful. The video can provide the needed scaffolding for the practical learning to occur. Or, see the 2019 student comment about how 3D printing can bring together art and technology.

Drawing on the work of Maureen MacKenzie’s Androgynous Objects: String Bags and Gender in Central New Guinea, Ingold examines bilum-making (357). First done by the mothers with both male and female children, the boys eventually stop, but the girls continue. They learn by observation and then trial and error, with the most important aspect to get a “feel for what she is doing” (357).

Like the Telefol girls, weaverbirds making nests is not something they are born doing (358). Both male and female weaverbirds do it to begin, but then only the male weaverbirds continue. They practice (359). And much like Telefol girls making the string bags, the male weaverbird must learn by judgement “rather than a programme of instruction” (360). Ingold wryly notes that the scientists observing the weaverbirds were reluctant to come to this statement: “One can sense the reluctance with which these hardnosed empirical observers find themselves having to resort to a notion of this kind” (360).

The implications of this comparison are incredible:

Recall that Telefol girls develop their looping skills at a time of life when their bodies are also undergoing rapid growth. These skills, then, far from being added on to a preformed body, actually grow with it. In that regard they are fully part and parcel of the human organism, of its neurology, musculature, even anatomy, and so are as much biological as cultural. After all, a human being, with its particular aptitudes and dispositions, is a product of neither genes nor culture, nor of both together, but is rather formed within a lifelong process of ontogenetic development. To be sure, the skills of looping are acquired, in the sense that at whatever stage in the life-cycle they may be identified, a history of development already lies behind them. But the same would have to be said of the knotting and looping skills of the weaverbird, and indeed of any skill, human or non-human. Moreover one could just as well claim that such skills are innate, in the sense that so long as the necessary environmental conditions are in place (including the presence and activity of already skilled practitioners) they are more or less bound to develop. All Telefol girls learn to make string bags, just as they all learn to walk or to speak. All male weaverbirds learn to make nests, unless opportunities for practice are artificially removed. Conversely, Telefol boys and female weaverbirds never develop full-blown looping and weaving skills, since their respective activities and concerns take them too soon into other fields of practice. In short, whatever the difference between the two sets of skills, avian and human, it cannot be aligned on the axis of a distinction between the innate and the acquired. (360-361)

The Skill of Skills

Given that last paragraph, it leaves Ingold unable to differentiate human skills from non-human animal activities. “To be frank, I do not pretend to know” (361). However, he does say that humans are able to “tie these different strands of perception and action together” (361): “Human beings, it seems, differ from other animals in that they are peculiarly able to treat the manifold threads of experience as material for further acts of weaving and looping, thereby creating intricate patterns of metaphorical connection. This interweaving of experience is generally conducted in the idioms of speech, as in storytelling, and the patterns to which it gives rise are equivalent to what anthropologists are accustomed to calling ‘culture’” (361).

Ingold immediately specifies that he does not mean culture as a set of rules and representations, and that “speaking is itself a form of skilled practice, and as such, exhibits all the generic properties of skill to which I have already drawn attention. Like any other skill, speech develops along with the growth of the organism, is continually responsive to perturbations in the perceived environment, and is learned through repeated practical trials in socially scaffolded contexts” (361).

“Yet speech is no ordinary skill. Weaving together, in narrative, the multiple strands of action and perception specific to diverse tasks and situations, it serves, if you will, as the Skill of skills. And if one were to ask where culture lies, the answer would not be in some shadowy domain of symbolic meaning, hovering aloof from the ‘hands on’ business of practical life, but in the very texture and pattern of the weave itself” (361).

For Cultural Ecology 2020, this was the end of part 3. Part 4 began with a reading of Ingold’s Circumpolar Night’s Dream and the “Monsters” section of Arts of Living on a Damaged Planet.