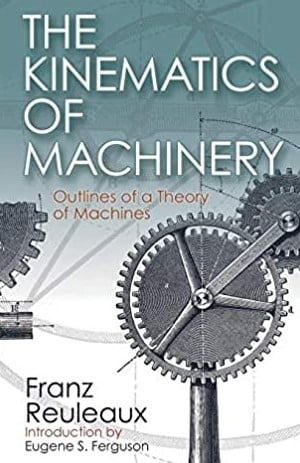 This class began part 3 and part 4 of the course, titled “Damnation: What happened? (Ghosts)” and “Salvation? Where are we going? (Monsters)” I chose those titles before I knew what we would be facing with the coronavirus epidemic!

In these classes we tried to challenge teleological ideas of human history–ideas that our destinies are governed by forces entirely outside of human control. This was well expressed in the introduction to the “Ghosts” section of Arts of Living on a Damaged Planet as they discussed the outlook of settler-colonialism:

They looked straight ahead to the future, a singular path of optimism and salvation informing their dreams and deeds. This future is a characteristic feature of commitments to modernity, that complex of symbolic and material projects for separating “nature” and “culture.” Moving toward this future requires ruthless ambition–and the willingness to participate in great projects of destruction while ignoring extinction as collateral damage. (Gan, Tsing, Swanson, Bubandt, G7)

Or see the section “Ladders Are Not the Only Kind of Time” (G9).

In these classes, we explored Ghosts and Monsters as anti-teleological devices. That is, we attempted to challenge the fatalists, the progressivists, and other determinist versions of human history. We tried embracing messiness, understanding precarity, and learning to live with indeterminacy. It did seem to be the preparation we needed for the time of the coronavirus.

We explored how “every landscape is haunted by past ways of life” (G2). And we tried to “relearn multiple forms of curiosity” (G11). “We must wander through landscapes, where assemblages of the dead gather together with the living. In their juxtapositions, we see livability anew” (Gan, Tsing, Swanson, Bubandt, G5).

For anyone reading through the Ingold book, this chapter may come as a surprise. Until this chapter, he talks a lot about hunting and gathering, non-human animals, and ecology. But now: buzz saws and treadle grindstones!?

Ingold begins the chapter with the title of Robert L. Heilbroner’s classic 1967 article “Do machines make history?” This takes us into the long history of efforts to define tool, machine, and technology. What is a tool? What differentiates a tool from a machine? Since all humans use tools, does that mean all humans have a technology?

Ingold begins by noting that etymologically, our understanding of what “technology” is has been reversed from the original Greek understanding (294-95). But in the minds of most of US Americans, technology is something we have and others lack. It proceeds from simple to complex, in a story of technological determinism. In short, machines do make history.

I often here ask students to reflect on what they learned in their Introduction to Anthropology course about technology. What did that chapter on technology say?

The students stare at me blankly for a while, and that is the point: typically anthropology courses have very little to say about technology. If we do, it is mostly to try and unlink the idea that simple tools are the same as simple minds. We rather portray tool-making as a technological achievement for all humanity and leave it at that.

The problem with such a broad definition of technology is that technology becomes equivalent to human life in general:

There seems to be no way to prevent the concept of technology from spilling over from a narrow focus on tools and techniques to embrace the entire field of human endeavour. Is there anything, the sceptic might ask, about human life and activity that is not technological? If not, what need have we for the concept of technology at all? Beyond stating the obvious, how does it help us to know that everything is technological? (297)

From here, Ingold takes us into the difficulties of even defining what a tool is or what a machine is, and how to differentiate one from the other. It turns out that “with regard to both motive power and working parts, the difference between tools and machines is one of degree rather than kind” (303).

Ingold then goes into some fascinating material, mostly drawing on Reuleaux’s The Kinematics of Machinery, on how humans become incorporated into their machines (304-307). So too, non-human animals can become a kind of machine. “Both humans and animals can, however, be virtually reduced to a machine existence through the systematic repression of their powers of autonomous action” (307-308; see the previous class on the GPS and the self-driving car). If humans are incorporated into machines, then that leads back to the original question:

In conclusion, to the question of “Do machines make history?” Ingold provides a powerful answer of “No!”:

Does [the worker] become, in Marx’s phrase (1930:408,451), no more than a “living appendage” of the machine? Not quite, for it is a fact that the best-constructed system of automatic machinofacture, even if provided with a continuous supply of fuel and raw materials, would soon grind to a standstill without human attention. This is simply because machines, unlike living organisms, are not self-maintaining systems, and are incapable of making up themselves for the effects of wear and tear. As Marx himself admits, machine repair and maintenance call for skilled craftsmanship, but the mechanics and engineers who ply this craft “comprise a superior class of workmen,” having a higher status (and higher pay) than the mass of the factory workforce whose principal task is to keep the machines supplied.

So people do make history, but in making that history we have increasingly objectified and externalized the forces of production: “As the outcome of this process, machines have not so much made as been made by history, one in which human beings, to an ever increasing extent, have become the authors of their own dehumanization” (311).

Ingold reviews the technology material again in the next class.

Note: This material was for Cultural Ecology 2020. I also discussed Ingold’s chapter in the “Will Machines Replace Humans?” class of Cultural Ecology 2017. Ingold had reworked much of this material on skills for the first chapter of his book Being Alive which I pondered in a First Year Seminar class on Skill and Digital Degradation.