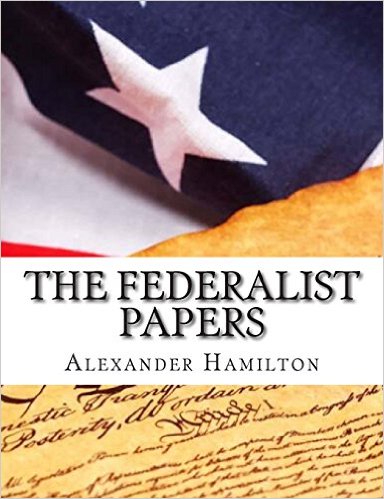 Update November 2020: In December 2016, this post argued that blocking Trump via the Electoral College should have been seen as a constitutional duty. Every day since then has validated that Trump is a grave threat. It is now time to choose Biden-Harris: Unity Over Division.

For most of its modern existence, the US Electoral College has been a mere formality, a procedural endorsement of each state’s popular vote winner. However, the original intent of the Founding Fathers was for the Electoral College to have a deliberative function. This deliberation should matter to the vote. If the votes were simply automatically pledged, then we should just do the math and skip the formalities.

The Federalist Papers are quite clear on the matter. In Federalist No. 68, The Mode of Electing the President, Alexander Hamilton specifies the purpose of the Electoral College:

The process of election affords a moral certainty, that the office of President will never fall to the lot of any man who is not in an eminent degree endowed with the requisite qualifications. Talents for low intrigue, and the little arts of popularity, may alone suffice to elevate a man to the first honors in a single State; but it will require other talents, and a different kind of merit, to establish him in the esteem and confidence of the whole Union, or of so considerable a portion of it as would be necessary to make him a successful candidate for the distinguished office of President of the United States. It will not be too strong to say, that there will be a constant probability of seeing the station filled by characters pre-eminent for ability and virtue. And this will be thought no inconsiderable recommendation of the Constitution, by those who are able to estimate the share which the executive in every government must necessarily have in its good or ill administration. Though we cannot acquiesce in the political heresy of the poet who says: “For forms of government let fools contest That which is best administered is best,” yet we may safely pronounce, that the true test of a good government is its aptitude and tendency to produce a good administration.

Donald Trump eked out a slim Electoral College victory over Hillary Clinton. Since that time, Trump has repeatedly exhibited that he does not have the requisite qualifications to hold the office of President. He has rather shown that he excels at “talents for low intrigue, and the little arts of popularity.” For evidence, just look at his Twitter feed, where he has suggested upending the Constitution; engaged in potentially abusive behavior attacking private citizens; spread misinformation about voting rights. That’s just for starters. He has proved he is not someone “pre-eminent for ability and virtue.”

In addition to the obvious lack of requisite qualifications, Hamilton attests that the Electoral College should be able to “estimate the share which the executive in every government must necessarily have in its good or ill administration.” In his post-election picks for Cabinet positions, Donald Trump has shown that he is failing this “true test of a good government.” Charles Blow’s Patriotic Opposition to Donald Trump takes the tally of controversial appointments: “Furthermore, he is stacking these jobs with people who have given him cash.”