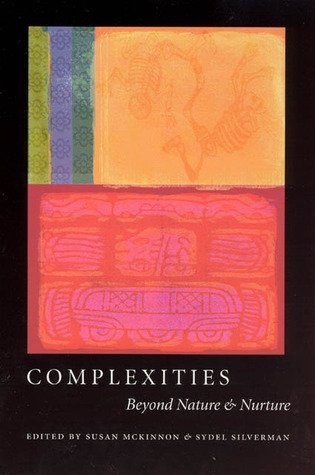 Update: I first posted these reflections on Evolutionary Psychology and Anthropology in 2011 using the article “Darwin in Mind” while lamenting that the extensive anthropological critique in Complexities: Beyond Nature and Nurture had failed to find wider audiences. I then revisited and republished the post in 2012 when I was writing a section on Human Nature. For its time, this post got quite a few views and comments. In 2013 it got a link from big science blogger P.Z. Myers, The Anthropological Perspective, which brought lots of visits. Around 2011, anthropology seemed locked in a blood-sport academic battle with evolutionary psychology. My claim was that “Darwin in Mind” pretty much declared defunct many of the claims evolutionary psychology was making. Since this article came from the inside of evolutionary psychology, we could therefore call off the battle and move along. If anyone asked, just say “haven’t you read ‘Darwin in Mind’?” Looking back from around 2018, I had not seen the academic combat happening so much, and I wondered if it was because old-fashioned evolutionary psychology had lost relevance. Then, in reading “Human niche, human behaviour, human nature” by Agustin Fuentes, I discovered that it did seem pretty much over:

At its core evolutionary psychology argues that behind the huge variety of human cultures there lies an adapted universal psychology that guides and constrains the range of expressions of human thinking and behaviour. In this view the various aspects of human universal psychology (our nature) are reflective of adaptations to the challenges that humans confronted in their Pleistocene environment (with some ongoing evolutionary response to contemporary ecologies). There are extensive critiques of this position over the past two decades and the majority of evolutionary scholars do not ascribe to it currently so I will not engage with it directly here. (Fuentes 2017, 3)

Unfortunately evolutionary psychology is not dissolving due to the anthropological critique, such as what many of the chapters in Complexities: Beyond Nature and Nurture attempted to accomplish (see the blog post Anthro-Flop-ology). Anthropology figures very little for “Darwin in Mind.” The article is largely an internal evaluation of evolutionary psychology, not an outsider critique. Still, there are some important points for anthropological research and teaching.

“Darwin in Mind” emphasizes the environmental aspects of brain development and “remarkable plasticity in the brain’s structural and functional organization” (2011, 2). Moreover, “the view that a universal genetic programme underpins human cognition is also not fully consistent with current genetic evidence” (3). On the one hand, this seems like great news. We can now hopefully agree that Steven Pinker’s The Blank Slate (2003) was more ideological projection than science. Maybe we can even stop plugging Donald E. Brown’s Human Universals in Anthropology 101, like at least two prominent introductory anthropology textbooks do (see review of Kottak and Scupin and Decorse).

On the other hand, although the authors of “Darwin in Mind” state “there is no uniform human genetic program” (2011:3), this seems to move them toward considering more specific genetic programs. “Cultural practices are likely to have influenced selection pressures on the human brain, raising the possibility that genetic variation could lead to biases in the human cognitive processing between, as well as within, populations” (2011:3). The idea of specific genetic programs potentially leads to scary new directions which will make us long for Pinker and Brown. For a sense of the potential storm, see the section on what I call “ethnobiogeny” in Race Redux. See also the related content section Anthropology and Human Nature.

The idea that there was one stage of hunting and gathering which produced all these defined mental modules always seemed strange. Evolutionary psychology finally recognized the problem. As opposed to “the abstract concept of stable selection pressures . . . The Pleistocene was apparently far from stable” (2011, 2). Apparently a solution to that issue was proposed, but it also seems strange: “the more recent formulation . . . presents a broader, less specific theoretical landscape of our past lives, based on an abstract statistical composite of all relevant past selective environments” (2). But if we are throwing out the idea of a uniform human genetic program, we can probably also throw out the need for an abstract statistical composite of past human societies (see also related section Many ways of gathering and hunting).

The idea of niche construction is simple. Instead of assuming organisms adapt to a particular environmental niche, organisms are in fact active participants in the niche. Their activities contribute to change the selection pressures for subsequent generations. These activities have both intentional and unintentional effects, and there are always many organisms participating in the niche. From “Darwin in Mind”:

A niche-construction perspective argues that human beings are predicted to build environments to suit their adaptations, and to construct solutions to self-imposed challenges, aided and abetted by the extraordinary level of adaptive plasticity afforded by our capacities for learning and culture. While adaptiveness is far from guaranteed, from this theoretical perspective humans are expected to experience far less adaptive lag than anticipated by evolutionary psychology. (2011, 4-5)

Although the authors too-much emphasize niche construction as human-directed and largely successful, it is nevertheless an important perspective. It opens the door for different ways of thinking about evolution and selection. As Tim Ingold explains: “Through contributing to the environmental conditions of development for successor generations, organisms–including human beings–actively participate in their own evolution” (Ingold 2000, 92).

I was a bit puzzled by John Hawks’s statement that “the idea of niche construction irritates me a lot more than evolutionary psychology ever does.” I’ve had quite the opposite reaction, although it could be that we read different niche-construction literature. Hawks writes:

The “niche-construction perspective” appears to predict that post-agricultural sedentary humans (living in cities and villages, building and living in structures, working long hours, using a monetary economy, and having vastly higher birthrates) have found ways to replicate a hunter-gatherer lifestyle so that their cognitive adaptations will remain well-adjusted to their current environments.

Hawks argues “the paper fails to accurately present the arguments put forward by mainstream evolutionary psychologists.” But Razib Khan at Gene Expression says it “is rather like the last person to leave turning the light off.” I would see “Darwin in Mind” as an important piece for anthropology to note. It may signal a shift in evolutionary psychology, and actually present “new opportunities” for anthropology. Along with new dangers.