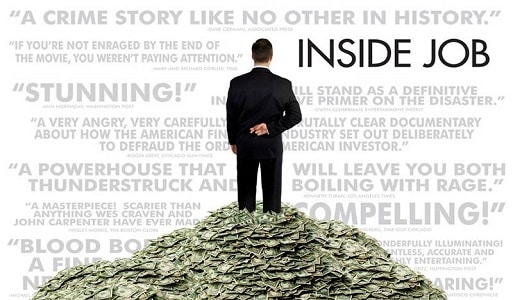 In 2012 my colleague economist Karl Seeley discussed heterodox economic approaches, part of a hopeful trend to look beyond neo-classical and math-based economics, which did not really become dominant in the United States until the 1970s (see Anthropology and the economists without history). This post became part of a longer conversation when Seeley asked “How do we pay for it?”, a question directed implicitly at Paul Krugman’s Keynesian hammer, End This Depression Now! The problem, Seeley argued, is the spending we needed in 2012 was not so much for growth, but to shrink into a green economy–a stimulus that would essentially retool and reduce resource use in the long run. However, since loans are traditionally paid off through economic growth, trying to borrow for a green economy is potentially problematic.

In 2012, the United States could have essentially borrowed at a negative interest rate and revamped resource use for a green economy. Seeley and I eventually agreed the question should be “Why aren’t we paying for it?” The answer was primarily political. All the political trends pointed away from what was really needed: public borrowing to jumpstart job creation and build a green economy. And if creating jobs, ending the recession, and reducing resource use were not enough, the task was all the more urgent as we were approaching a state shift in Earth’s biosphere, a “tipping point” beyond which ecological systems become irreparably altered.

The problem in 2012 was that as Seeley put it, perhaps “we don’t yet have the financial tools to divvy up that kind of future.” This is where my wife’s subscription to The Nation came in handy, with the article Beyond Corporate Capitalism: Not So Wild a Dream. Here Gar Alperovitz and Thomas M. Hanna argue “it’s time to put the taboo subject of public ownership back on the progressive agenda.”


'It’s time to put the taboo subject of public ownership back on the progressive agenda' (Alperovitz & Hanna 2012, The Nation)Click To Tweet

The destructive “grow or die” imperative of our market-driven system cannot be wished or regulated away. In addition to the overriding issue of global warming, countless studies have documented that limits to growth in such areas as energy, minerals, water and arable land (among others) are fast being reached. The energy corporations are desperately trying to crash through these limits with technological fixes such as fracking, tar sands exploitation and deep-water drilling, which are equally or more environmentally costly than traditional methods.

Second, making a strong case for public ownership may be the only remedy for countering the political labels:

Rebuilding the spirit and drive of the next progressive politics calls for developing economic ideas that make sense at every level and scale. The Tea Party, for all its inane posturing, teaches a useful lesson–namely, that saying clearly what you want has a compelling force. When progressives are being called “socialists” no matter what, there is little to lose and much to gain by clearly making the case for a long-term plan that confronts–and ultimately overcomes–the centrality of corporate power.

In 2018, the United States no longer has the same kind of borrowing power as in 2012. There is not presently a need for job creation. However, the issues of resource use and moving beyond predatory capitalism are very much with us. This is where Elizabeth Bruenig’s March 2018 It’s time to give socialism a try is helpful.

In 2012, I wrote there were three reasons to expropriate Goldman-Sachs:

Also in 2012, I wrote that during the next financial crisis, we need to be ready to demand public ownership and expropriate large financial institutions. As Frederic Jameson put it, we need to consider the possibility and advantages of monopoly and monopolies, of “the ways in which the future society is ‘maturing within’ the present one” and like Lenin contemplate “the seizure of the monopolies” (Utopia as Method, or the Uses of the Future, 2010:28).

If the promise of Anthropology & Moral Optimism is to be realized, then like Jameson we must work through “the difficulties in thinking quantity positively” (2010:29) and explore the contemporary relevance of Lenin:

Without big banks socialism would be impossible. The big banks are the “state apparatus” which we need to bring about socialism, and which we take ready-made from capitalism; our task here is merely to lop off what capitalistically mutilates this excellent apparatus, to make it even bigger, even more democratic, even more comprehensive. Quantity will be transformed into quality. A single State Bank, the biggest of the big, with branches in every rural district, in every factory, will constitute as much as nine-tenths of the socialist apparatus. This will be country wide book-keeping, country-wide accounting of the production and distribution of goods, this will be, so to speak, some thing in the nature of the skeleton of socialist society. We can “lay hold of” and “set in motion” this “state apparatus” (which is not fully a state apparatus under capitalism, but which will be so with us, under socialism) at one stroke, by a single decree. (Lenin 1917, Can the Bolsheviks Retain State Power?)

From 2012-2017, Obama’s technocratic approach basically kept the United States and world economy humming along. The financial crisis of 2008 and the long recession hangover into 2012 eventually abated, leading to a long period of job creation and economic growth. However, in 2018 Seeley now points to signs of enormous overvaluation. Gary Cohn, the Goldman-Sachs executive who seemed to be guiding the Trump economic team has now resigned. The US tax bill threatens the revenue base. For a review of these issues, see the April 2018 series on When will the United States Collapse?

In this time of looming crisis, we should re-consider public ownership. Goldman-Sachs and the big banks are a start. But importantly, we should also look at the big communications and media monopolies: Facebook & Google. We should contemplate whether the algorithms of Amazon and the planned economy created by Walmart may provide the tools needed for democratic ownership of a planned green economy. Or, Walmart Socialism.


In this time of looming crisis, we should re-consider public ownership.Click To Tweet

Thank you to my colleague in English, Robert Seguin for dropping off the Jameson article in response to my persistent use of a footnote on Walmart–see the related pieces on Development, Reform, Revolution as well as Anthropology and Government Planning.

If this is helpful for understanding why it may be a good idea to expropriate Goldman-Sachs for a green economy, please use a social share button or make a $1 contribution to keep anthropology resources online, updated, accessible. Thanks!