Home » Blog Posts » Cultural Anthropology Blog-Posts » How do we get out from culture? 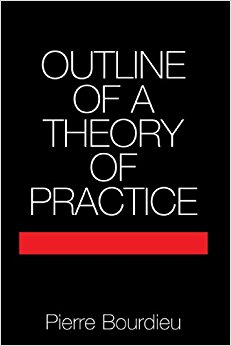 A reader sent this dilemma regarding the use of “gang culture”:

Dear Jason,
I am an anthropologist now working as an appellate court public defender. It’s crucial to challenge the lazy use of the concept of culture in gang cases where prosecutors purport to prove (“beyond a reasonable doubt”) that an individual gang member had a “specific intent” (a particular mental state) based on “gang culture and habits,” that is “what gang members do.”

I have been unsuccessfully looking back through my anthropology books for a good quote (a paragraph even) that makes the general point that individuals are not cultural automatons, but interact with “culture” instrumentally such that any particular individual in a particular situation could act against (or, better, not in accord with) a valid cultural stereotype. For example, even if it’s a valid generalization that gang members present in the background at a gang crime provide “backup” for the principal actors, the fact that a specific gang member was present at a specific gang crime does not “prove” the gang member was acting as backup (in accord with the valid generalization), as opposed to just standing there (maybe even wishing the crime wasn’t happening!).

This dilemma captured the essence of what I was trying to teach in Cultural Anthropology 2016. What do we do when the anthropological concept of culture–launched as an anti-deterministic, anti-racist, and anti-hierarchizing device–is used to precisely justify prosecution and imprisonment?

I made this an option for a paper topic on “gang culture” in two parts:

Part 1: How did we get here? Is the idea of “gang culture,” now used as an aid in attempts to prosecute and convict people who have not committed a crime, already inherent as a possible reading of Ruth Benedict’s ideas about culture? To what degree is this a misreading?

Part 2: How do we get out? Are there passages from Benedict or Trouillot which might help us navigate this dilemma? Would they be convincing in the courtroom? How can an anthropologist effectively argue against the idea of “gang culture”?

For better or worse, I keep thinking about Pierre Bourdieu’s Outline of a Theory of Practice. But the only passage that jumps to mind is:

Because the habitus is an endless capacity to engender products–thoughts, perceptions, expressions, actions–whose limits are set by the historically and socially situated conditions of its production, the conditioned and conditional freedom it secures is as remote from a creation of unpredictable novelty as it is from a simple mechanical reproduction of the initial conditionings. (1977:95)

That is just not going to fly in the courtroom. Maybe there’s something better in the film about Pierre Bourdieu, Sociology is a Martial Art: “I often say sociology is a martial art, a means of self-defense. Basically, you use it to defend yourself, without having the right to use if for unfair attacks.”