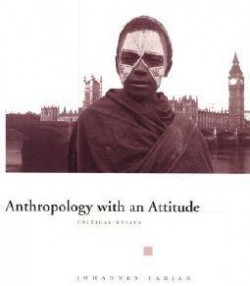 (at the end of the world, that is)

Hey, 2012 was a great year for anthropology! After all, we headlined the Mayan Apocalypse, so even if it has been An Annus Horribilis for Anthropology? as Ann Gibbons asks in Science, at least we’re at the end of the world.

It must have been those kinds of lines that earned me a penchant for “gallows humor,” but Gibbons gave my blog the honor of being first response to Florida Governor Rick Scott and those anthropology-is-the-worst-major articles: “Anthropology is the worst major for immediate career, but anthropology is the major most likely to change your life.”

Gibbons then features anthropologists talking about the difference between a general anthropology undergraduate degree versus MA and PhD programs, and that anthropology is not comparable to degrees in technical fields like computer science. “Comparing the value of degrees in anthropology and engineering is ‘less like comparing apples to oranges than comparing aardvarks to toaster ovens,’ AAA President Leith Mullings wrote to Forbes.” The piece ends with a nice overview of anthropology’s importance:

Undergraduate anthropology can’t be billed as “preprofessional training,” says Allan Gilbert, chair of sociology and anthropology at Fordham University in New York City. But anthropologists are learning to market what they do best: “Anthropology will teach [students] about diversity in the world, why people vary in custom and in appearance, where humans came from, and how humans have colonized most of the Earth’s surface,” he says. “If that, plus obtaining the skills of thinking and clear expression, doesn’t prepare a student to live in an increasingly multicultural world, it’s unclear to me what will.”

Somewhat ironically, the Science article is behind a paywall. Thanks to Canadian anthropologist Iain McKechnie for the alert and helping me navigate the wall. The first blog-type entry to hop on the bandwagon reports that Anthropologists are among the lowest paid and least respected scientists in the United States. Annalee Newitz ponders: “Is anthropology going to be one of those fields that gets put on the chopping block so that universities can save medical research and Earth sciences that are more easily turned into money-making products for hospitals and mining companies?” She answers that anthropology is important, even if it is a “tough sell”:

Anthropologists are trying to understand human societies both from an evolutionary perspective and a social/cultural one. This makes it one of the most important fields going forward into the future, because many experts believe interdisciplinary work in areas like environmental science, biotech, and space engineering will lead to the most important innovations. But it also makes anthropology a tough sell. . . . In any field where human activity plays a key role, from medicine to climate change, anthropologists will always be necessary.

Moving away from headlines and surface retrospectives, in many ways this has been a great year for anthropology, academically. Look at all the new programs, from PhDs to minors:

We also have Agustín Fuentes coming out with a popular book, Race, Monogamy, and Other Lies They Told You. We had another record year for attendance at the American Anthropological Association annual meetings–third record year in a row–with packed panels like Sharing Anthropology. And in my neck of the woods, where one might expect liberal arts enrollment woes, we have had a healthy demand for the anthropology major and for our courses (see Are the Liberal Arts Relevant?)

Anthropology with an Attitude

I find myself not so worried about the academic side of anthropology, where we seem to be showing growth and health despite the headlines.

I am worried that the anthropological message–on gun violence, race and racism, social construction of gender, culture, and capitalism; as well as on those headliners Jared Diamond, Napoleon Chagnon, Steven Pinker, and even Bill Gates–is not as relevant and prominent as it could and should be. If we can use anthropology to document human possibility and human suffering–but also to effect change in the world–then the academic side will take care of itself. Or, as I concluded my Introduction to Anthropology course:

Anthropology emerged, less as a science of human nature than as the study of the damage done by one part of mankind to another (and thereby to all of humanity). If that has indeed been our raison d’être during the last century or two, we are not likely to lose it in the next millennium.
–Johannes Fabian, Anthropology with an Attitude, 2001:204

To cite: Antrosio, Jason. 2012. “Great Year for Anthropology! (At the end of the world, that is).” Living Anthropologically website, https://www.livinganthropologically.com/great-year-for-anthropology-at-the-end-of-the-world-that-is/. First posted 20 December 2012. Revised 22 September 2017.