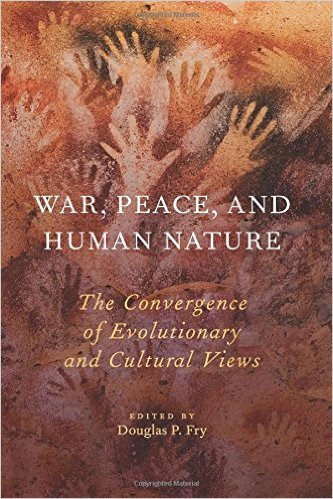 Update 2018: I re-released this Gun Control podcast in the light of the 2018 US school shootings. I recommend reading Greg Laden’s Gun Control and School Shootings. Laden is one of the very few anthropology bloggers to address gun control. He’s studied the issues and the numbers over time. His proposal–to make laws requiring that guns and ammunition be stored and locked separately–would save many laws and should not run afoul of the Second Amendment, however strangely that is interpreted. For more, see also the end of the post or the gun violence index-tag.

1. Why do you think America is more gun obsessed compared to other first world nations?


For this answer I draw on analysis from Gun Violence: New Guns or New Gun Control? and conversations with anthropologist Daniel Lende. Regarding the issue of race and gun control laws, see The Slave-State Origins of Modern Gun Rights (thank you to Discuss White Privilege for the link).

2. How can anthropologists be of use in the gun control debate?

3. Are humans inherently violent? Do you think focusing on this idea that Americans have a “Culture of Violence” is oversimplifying human nature?

In this answer I plug the very accessible War, Peace, and Human Nature: The Convergence of Evolutionary and Cultural Views. I revisit my first blog-post on the topic, Gun Culture and Anthropology on Culture. Brian Ferguson’s work is useful to debunk one of the most-cited anthropologists claiming a natural human tendency to violence. See History, explanation, and war among the Yanomami: A response to Chagnon’s Noble Savages.

4. Imagine if there were no guns in our country. What would you imagine America would be like?

My proposal is not for a no-gun utopia. In this respect, the emphasis on access is similar to what Nicholas Kristof writes in On Guns, We’re Not Even Trying. I am still interested to investigate the feasibility of a Semi-Automatic Weapons Buyback. In fact as of 2015, 58% of Americans support a ban on semi-automatic weapons. However, a more realistic idea is to make gun regulation much more like automobile regulation. Just like automobiles, there should be Mandatory Gun Insurance:

Gun insurance would work very much like car insurance. You would need it to buy a gun, and the policy would have to include liability coverage in case that gun injures someone. If a gun owner has no accidents, his premiums go down. Someone who wants to “open carry” his weapon would pay more than someone who keeps it locked at home. Assault weapons would be more expensive to insure than hunting rifles because they they have a greater capacity to do harm. But it wouldn’t be government making these decisions, which would be unconstitutional–it would be insurance companies, competing with one another to keep premiums reasonable. (Jean Ann Esselink)

Update February 2018: I recommend reading Greg Laden’s Gun Control and School Shootings. Laden is one of the very few anthropology bloggers to address gun control. He’s studied the issues and the numbers over time. His proposal–to make laws requiring that guns and ammunition be stored and locked separately–would save many laws and would not run afoul of the Second Amendment, however strangely that is interpreted.

5. What are your thoughts about allowing concealed firearms on university campuses? As a professor, how does that make you feel?

Schools and campuses can become targets for gun violence. These issues emerged in my first post-Newtown observations, Semi-Automatic Anthropology: Yes, the guns really do matter.

6. What do you think it will take to finally push through increased gun control legislation (i.e. more mass shootings, someone significant dying, etc.)? Will a gun control podcast help?

Here I borrow from what Frank Rich wrote in December 2012:

So let’s see what happens when the circus folds its tent and we are back in the bitter winds of January, redirecting our attention to the Inauguration and the Super Bowl. By then, we may have a better idea as to whether this is actually a tipping point in the history of our enslavement to the gun culture, or whether it’s just another chapter in the modern history of America bingeing 24/7 on the pornography of other families’ grief, declaring “closure,” and then moving on. (America’s Other Original Sin)

The same words can equally well be applied to all of the high profile mass shootings since then. While the 2012 Newtown seemed like a possible tipping point, it now seems completely futile to suggest Congress will take up anything like gun control after a mass shooting. Here’s the New York Times from 19 January 2017:

“We’re beyond the place where Washington responds to mass shootings,” said Senator Chris Murphy, the Connecticut Democrat who led an angry filibuster a year ago demanding more than “unconscionable deafening silence” from Congress after the shock of the Orlando nightclub gun massacre. Similarly frustrated Democrats had staged a protest sit-in in the House, but this time they were muted about renewing the debate over the nation’s gun carnage.

But let’s not allow the issue to fade. Please share this Gun Control Podcast and bring some sanity to American gun violence.

If you are reading this for more information about Gun Control, please use a social share button or make a $1 contribution to keep anthropology resources online, updated, accessible. Thanks!