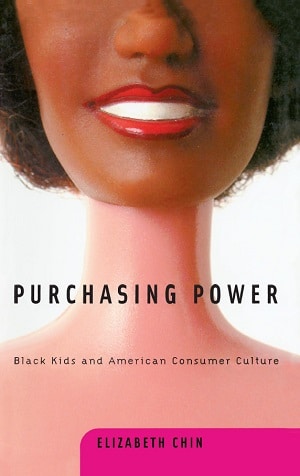 Update: This post from 2012, analyzing Charles Blow’s use of the term “gun culture,” began a blogging series on anthropology, gun control, gun reform, and gun violence. For the latest, see Guns & Anthropology. A complete set of links is available at the end of this post. For a wonderful recent reflective take on the idea of “gun culture,” see Joe Henderson’s Gun Cultures Reflect Broader Changes in American Society. In May 2018, Joe Henderson’s contribution was re-posted on Somatosphere to kick off a series Notes on guns and violence.

In July 2012, Charles M. Blow wrote Mourning and Mulling. Blow called attention to how “there are parts of America where guns are simply part of the culture.” Blow grew up in a “gun culture” in northern Louisiana.

For Living Anthropologically, I try to pay attention to the way the term culture is used in anthropology and beyond. I began this theme in the 2011 Doubling-Down on Culture. The theme carries through to the 2015 Culture, Culture, Everywhere. With that in mind, does Blow’s use of gun culture make sense?

In this case, Blow’s use of gun culture does make sense. First and foremost, talking about gun culture focuses us on how this is a learned behavior and not primordial or natural. Gun culture is a pattern of behavior that is historically and geographically specific. People talk about shootings in terms redolent of natural disasters, but “gun culture” provides an important corrective. As Eliot Spitzer put it (after the Colorado shootings), The Aurora Shooting Wasn’t “Shocking”–It Was Inevitable, Given Our Lax Gun Laws.

Very importantly in talking about gun culture, Charles Blow avoids subsequent common culture traps. He does not assume that gun culture is a container that encompasses all of the United States. Rather, gun culture is different in rural and urban areas. Gun culture changes over time.

Also very importantly, Blow does not talk about gun culture as a way of saying that we need to change gun culture. He is not trying to avoid politics, economics, and law. Rather, Blow recognizes the need for legal change. “One step in the right direction would be to reinstate the assault weapons ban. Even coming from a gun culture, I cannot rationalize the sale of assault weapons to everyday citizens.” In other words, pursuing the grand and amorphous goal of culture change is less important than the more practical and necessary adjustments to legal, political, and economic incentives. And in this case, Blow is not using culture as an explanatory loop to avoid power.

Ideas of culture are now everywhere. People often use culture as a euphemism for race or in quite pernicious ways. In these times, Charles Blow’s use of gun culture reminds me of another tactic anthropologists can employ that may be more effective than simply whistle-blowing. Anthropologists can use culture in what might be seen as wrong or unexpected places.

This is one reason I like to assign Elizabeth Chin’s Purchasing Power: Black Kids and American Consumer Culture. Many people expect anthropologists to talk about “black culture” as creating a kind of consumerism. But Chin relocates the term to the end of the title. Chin cleverly and correctly points out that these are black kids entering an overarching sphere of “consumer culture” which structures the interaction. (And interestingly, the fortunes of Chin’s fieldsite were shaped by the rise and decline of the Winchester Repeating Arms factory. See Cultural Anthropology 2016 for using Chin’s book.)

Raised in northwestern Montana, I too come from gun culture. Like Charles Blow, “while I hesitate to issue blanket condemnations about gun ownership–my upbringing simply doesn’t support that–common sense would seem to dictate that it is prudent and wise to consider the place of guns in modern societies.”

This is one arena where an anthropological analysis of gun culture can contribute to understanding. Anthropology can also contribute to practical and necessary adjustments to our legal, political and judicial system.

I originally revisited this “gun culture” post in 2012. I was pondering Newtown and Violence–No Easy Answers Neuroanthropology while trying to grade student essays on Elizabeth Chin and the use of the term culture. Disturbingly, Charles Blow’s last published column on the subject before Newtown, The Gun Frenzy, discussed how “President Obama’s election and recent re-election have apparently fueled a gun-buying craze in this country unlike anything we’ve seen in modern times.” Despite the wacko claims of the NRA, President Obama “has done almost nothing in his first term to restrict gun ownership.”

This post was the first in a series of linked blog-posts about the need for anthropology to directly address gun control and gun violence. The series includes: