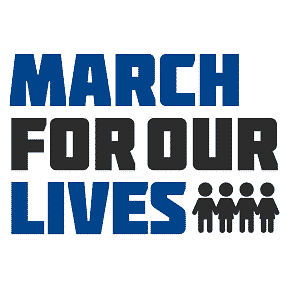 The March 2018 issue of Open Anthropology, titled Enough: Anthropologists Take on Gun Violence, highlighted anthropological research which helps in understanding and teaching about the #MarchForOurLives on guns and gun reform. This volume supported the February 2018 announcement from the American Anthropological Association (AAA): AAA Pushes for Comprehensive Evidence-Based Approach to Prevent Gun Violence. Ending restrictions on publicly funded research into gun violence by the Centers for Disease Control (CDC) was also the first item mentioned by Charles Blow in America Is the Gun.

The March volume of Open Anthropology made 15 articles in AAA publications free to read through March 2019. Below, I additionally composed an anthropological bibliography on guns that aligns with an ongoing theme for Living Anthropologically: see the gun violence index-tag and the end of this post for a summary of the series on gun control, gun reform, gun safety, and gun violence. And while I definitely support research into evidence-based gun violence prevention, there is quite enough research already available to take legislative action. See This is how we save lives from gun violence by Robert Gebelhoff in the Washington Post for a number of measures that can be enacted and already have support from existing research.

Anderson-Fye, Eileen P., and Jerry Floersch. 2011. ““I’m Not Your Typical ‘Homework Stresses Me Out’ Kind of Girl”: Psychological Anthropology in Research on College Student Usage of Psychiatric Medications and Mental Health Services.” Ethos 39(4):501-521.

Ben-Ari, Eyal, and Sabine Frühstück. 2003. “The celebration of violence: A live-fire demonstration carried out by Japan’s contemporary military.” American Ethnologist 30(4):540-555.

Metz, Brent, Lorenzo Mariano, and Julián López García. 2010. “The Violence After ‘La Violencia’ in the Ch’orti’ Region of Eastern Guatemala.” The Journal of Latin American and Caribbean Anthropology 15(1):16-41.

Wolseth, Jon. 2008. “Everyday Violence and the Persistence of Grief: Wandering and Loss Among Honduran Youths.” The Journal of Latin American and Caribbean Anthropology 13(2):311-335. (Note that this article also appeared in the October 2013 volume of Open Anthropology On Violence.)

Anderson–like the two other ethnographers of US gun culture I have read (Kohn 2004; Doukas 2010)–bends over backward to see the gun debate from his natives’ point of view. . . . In an earlier discussion of Kohn’s and Doukas’ work, I wrote that “while such reports from behind ideological enemy lines are certainly useful and interesting . . . anthropology surely has more to contribute to the gun-control debate than a warmed-over rehash of NRA talking points legitimated by our discipline’s historic legacy of cultural relativism.”

Gusterson, Hugh. 2013. “Making a Killing.” Anthropology Today 29:1-2. This article resulted in two responses in the subsequent issues of Anthropology Today. Niklas Hultin wrote “Guns, anthropology, and cultural relativism: A response to Hugh Gusterson’s ‘Making a killing’” and then Gusterson wrote “Gun control: A response to Niklas Hultin.” In a February 2018 tweet, Hultin writes of this exchange: “Actually not a lot of daylight between our positions, I think, so not much of a debate.”

anthropologyworks. 2011. Our guns, our selves. Although dating from 2011, this post nevertheless contains a helpful bibliography, including archaeology citations. There is also a helpful summary of issues that persist into 2018: “Archaeologists spend a lot of time analyzing weapons of our prehistoric past. Cultural anthropologists are more likely to study bananas, cars and wedding dress style. Commodity studies in cultural anthropology rarely address weapons.”

Somatosphere in May 2018 began a series Notes on guns and violence: