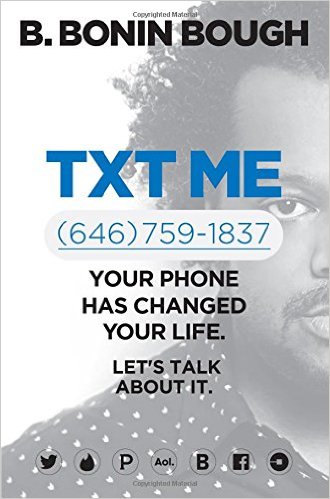 2017 at Hartwick College featured a lecture by award-winning e-commerce marketing executive and television personality Bonin Bough. Bough discussed “Hackonomy: Lessons from the Largest Brands in the World.” Bough is the author of Txt Me: Your Phone Has Changed Your Life. Let’s Talk about It.

One of the things that interested me in Bough’s lecture was his take on digital devices. Bough “breaks down the often counter-intuitive ways mobile devices and digital data are reshaping the way we experience, consume, and think.” It’s something that was thinking about in the classroom and in daily life.

Bough’s lecture on “Hackonomy” was also interesting to compare with the anthropology brand, one of the themes of this blog. Interestingly Bough’s lecture also converged with some of the questions we tackled in my classes from 2017. For Introduction to Anthropology 2017, we pondered Is Capitalism the Best Economic System? For Cultural Ecology, looked at Will Machines Replace Humans?, Will Technology Save Humanity?, and Too Much Time on My Hands?

In 2017 we were beginning to appreciate that mobile devices were much more than a flashy consumer device. In a 2017 post on How to Talk about Money: Ethnographic Approaches to Financial Life, Erin B. Taylor detailed the way money was diversifying. This applies especially to the use of mobile money. The use of mobile money occured in places where people in the United States might not expect it to be adopted. For example, Taylor discussed her fieldwork in Haiti and the Dominican Republic.

“The products and objects we use to manage our money are diversifying” wrote Taylor. “While this increasing diversity presents challenges for research design, it also provides more launching points for discussions about money, and this can help us to build holistic pictures of the social life of finance. To the ethnographer, diversification is not a research problem, but an opportunity, and this as true of money as any other topic of inquiry.”