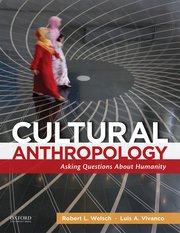 Anthropology 387: Ethnographic Methods
Professor Mike Woost
In this course students will examine the theoretical foundations and debates about the conduct of ethnographic field research including recent innovations aimed at discovering how local experiences are shaped by larger, sometimes global, structures that exist beyond the local setting. However, the primary goal of the course is to familiarize students with the methods of conducting qualitative research. In that vein students will put together and carry out their own ethnographic research project in the course of which they will get practical experience conducting interviews, collecting case histories, and mapping social relationships. They will also learn how to organize and write up field notes. They will then learn how to organize their data in order to produce a written analysis/interpretation of the data they collected.

Anthropology 367: Anthropology of Violence and State Terror
Professor Mike Woost
This course examines the “continuum of violence” that stretches from the intimate context of domestic violence, to the more obvious forms of state terror and genocide. Emphasis is given to: 1) the ways in which violence takes on meaning in everyday life; 2) the ways in which violence is supported and reproduced materially and ideologically by the state and its many agents, and by anti-state agents. These context of violence will be examined through case studies and analyses produced by anthropologists. The overall goal of the course is not simply to read through an inventory of violence, but to see how an understanding of the “continuum of violence” can provide tools for making a difference in the world.

Anthropology 335: South Africa
Professor Connie Anderson
This course is intended to give students who will spend January term in South Africa the background that they need in order to learn as much and to enjoy themselves as much as possible. For those who cannot go in 2015, I hope you can go in the future. This information also serves as an introduction to Anthropology and an introduction to (South) Africa for students who are unable to go but are interested in the material. We will examine precolonial history and cultures of southern Africa, the impact of European invasion, the rise and eventual triumph of liberation movements, and the contemporary situation: political, economic, social, ecological and health patterns, all viewed from the perspective of the world as a system of interdependent societies and states – that’s Anthropology.

Anthropology 225: Fundamentals of Archaeology
Professor David Anthony
How do archaeologists find ancient cities and tombs? How do they know how old they are? What can they learn from ancient animal bones? Stone tools? How are human bodies preserved in bogs, or in glaciers? This course answers those questions. Our goal is to understand the how-to of archaeology: why archaeologists do what they do, what methods they use in the field and in the laboratory, and how they interpret how prehistoric people lived. Archaeologists use a distinct set of methods to find, test, excavate, and analyze archaeological sites. Many of our methods were invented by archaeologists–in many ways it is methods that define archaeology and make it distinct from ancient history or cultural anthropology.

Anthropology 105: Introduction to Anthropology
Professor Namita Sugandhi
This class is an introduction to the discipline of Anthropology–-the study of humans and human society. Throughout the course we will explore numerous dimensions of the human condition including the biological evolution of our species, the development of social complexity and cultural variation over time and space, and the way in which contemporary processes impact different communities around the world.

Anthropology 105: Introduction to Anthropology
Professor David Anthony
Anthropology is about culture and cultural diversity. It is the study of all humans in all places, through all of time. Anthropologists study the evolution and diversity of human cultures and of human biological characteristics. You could find an anthropologist digging up prehistoric fossil humans in Africa, or studying modern sub-cultures in New York. Anthropologists have always devoted much of their energy to understanding non-Western cultures outside the US. In this course we will read a book about a US woman who befriended the wives and nieces of the sheik (the local ruler) in a small rural village in Iraq. We will read another account by a US journalist who helped a tribe of Amazonian Indians to fight the oil companies and protect their environment.

First Year Seminar: Introduction to Forensic Osteology
Professor Connie Anderson
Working in the Anthropology Laboratory of Hartwick’s Yager Hall, students will receive a whole or half-skeleton which they will analyze and describe. They will learn what information can be gleaned from bones and study some important cases, including remains from Stonehenge, Inca tombs in the Andes, 1607 Jamestown, and other examples. We will discuss contentious issues in forensic osteology, and each student will share a presentation on an issue, method or discovery near the end of the semester. Evaluation will consist of regular quizzes dealing with the bones themselves, the final presentation, and three essay exams combining casework and theory.