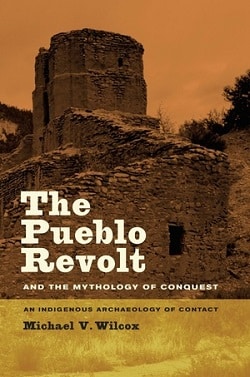 For Intro to Anthropology 2018 there were two readings around the theme of complex societies:

For a 2021 update, see Stratified Complexity.

We began class by discussing the Michael Wilcox article. Wilcox is responding to what seems to have become a dominant paradigm in high school education and in popular culture to accept the Jared Diamond’s ideas about domestication and conquest as a historical-geographic accident. I made seven points from Wilcox’s article:

At this point, we did an exercise in PowerPoint commands, to illustrate what Robert Wenke writes: “The important thing is that the ability and incentive to make these investments are radically different from the capacities of Pleistocene bands, in that they imply the ability of some members of society to control and organize others” (Wenke 1999, 348 in Lavenda & Schultz, 223).

This exercise illustrated that something happens in human society so that some people become more organized according to state control, with a specialized and centralized government over a territory. Although there have been many definitions of a state society, one of the most interesting is from Max Weber: “In his lecture ‘Politics as a Vocation’ (1918), the German sociologist Max Weber defines the state as a ‘human community that (successfully) claims the monopoly of the legitimate use of physical force [coercive authority] within a given territory.’”

What does it mean to be “Complex”?

While anthropologists seek to explain the rise of complex societies (Lavenda & Schultz, 226), it is first necessary to define social complexity. Lavenda and Schultz define complex societies as featuring “large populations, an extensive division of labor, and occupational specialization” (222). However, it is important to note that this does not mean hunting and gathering societies are “simple.” Specialization can make an individual’s life simpler, even if she is integrated into a complex societies. Also, simple tools like a lasso require complex skills, whereas many of our modern complex tools require only the skill of button-pushing.

Note: See my Cultural Ecology 2020 course for the source of these examples.

Agriculture: Irrigation, tools, cleared fields, tools, storage
Buildings: foundations, can be used to estimate population
Craft specialization: Tools & concentrated artifacts (Lavenda & Schultz, 224)
Pyramids and monumental architecture provides evidence of hierarchy and stratification, as can temples, tombs, and grave goods. Some archaeologists have described these early artifacts as more like “Powerfacts” in that they mean to prove an “elite’s fitness to rule” (Lavenda & Schultz, 224)

States are not an inevitable evolutionary stage.
There have been various “prime mover” hypotheses which try to explain all states. Some of the most famous are:

Challenge traditional accounts of state formation: “If the first complex societies on the Peruvian coast were based on a steady supply of food from the sea, rather than agriculture, the notion that village agriculture must precede the rise of social complexity is dealt a blow” (Lavenda & Schultz, 233).