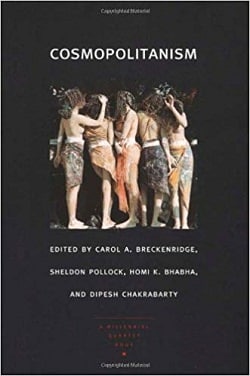 Using the textbook Anthropology: What does it mean to be human? in Intro to Anthropology 2018 there were two readings:

For a 2021 update, see Social Life and the YouTube lecture on Culture and cultureS:

Class began with a re-cap of some of the material from the Culture class, examining culture as an anti-concept. Basically, around 1500AD, or 500 years ago, there was an enormous diversity and complexity of societies around the world. All the political organizations and economic organizations we documented in the archaeology sections on Domestication and the rise of Social Complexity could be seen throughout the world. At that time, a number of formerly peripheral European places turn into global empires, setting up global trade networks and new hierarchies, eventually resulting in systems of colonization and enslavement. By about 200 years ago, European explanations for human difference tended to naturalize those hierarchies, explaining human difference in terms of racial determinism. Culture, as reimagined by anthropology, spoke against naturalizing hierarchies by race or social group.

The idea that cultural practices cannot be ranked or ordered leads to the method of cultural relativism, which Lavenda and Schultz define as “understanding another culture in its own terms sympathetically enough so that the culture appears to be a coherent and meaningful design for living” (247). However, like culture, cultural relativism is perhaps best understood in relationship to what it opposes, which is ethnocentrism. Ethnocentrism is “the opinion that one’s own way of life is natural or correct and, indeed, the only true way of being fully human” (Lavenda & Schultz, 246). After all, we should be careful when judging other learned patterns of behavior, because that is the way we have become human too.

Cultural relativism helps us become aware of “unsuspected possibilities” (Lavenda and Schultz, 246) and invites us to a more tolerant perspective. But we should always keep in mind that cultural relativism is a means to understand, not necessarily approve.

Cultural relativism is perhaps easier when we think about it as different kinds of food, clothing, religious customs, or languages. It may become more difficult if there are controversial practices involved, practices which may seem to violate notions of universal human rights.

Most of the time, ideas of human rights and cultural relativism are compatible. Declarations of human rights include rights to cultural practices and beliefs. In many cultural traditions there are ideals about treating humans fairly. There are instances of conflict, and Lavenda and Schultz delve into female rituals of initiation.

Cultural Relativism NOT an easy way out

Cultural relativism is a method for understanding rather than supporting such practices. Taking a culturally relative perspective lets us see that there are a range in procedures, and that the extreme forms are very rare. It is done in a ceremony, “an assertive symbolic act” (Boddy in Lavenda & Schultz, 248). It is always symbolically related to male circumcision.

Cultural relativism also helps us understand the US and European history of male and female genital operations. We should also keep in mind that we do various “cosmetic” operations (Lavenda & Schultz, 249) in search of beauty or other cultural standards. Finally, the US has a very high rate of involuntary male circumcision.

Cultural relativism can also help us understand why people might resist efforts to eradicate FGC. Many times such efforts can be seen as a replay of colonialism, and can be demeaning for local groups (Lavenda & Schultz, 249-50). Eradicating FGC can also be viewed as limiting the possibilities of full womanhood and being fully part of society. Cultural relativism helps us understand why older women defend FGC. It may be because it helps them keep their daughters as marriageable (Boddy in LS, 249), gives them a position of power, or employment as a ritual specialist.

Making progress on efforts to improve lives always requires “careful listening” (Abusharaf in Lavenda & Schultz, 248). Whenever we are dealing with controversial practices, it is a good idea to “search for areas of intersection as well as areas of disagreement” (Lavenda & Schultz, 250).

We then considered the article by Susie Latham. Latham first reveals that in this province of Iran, she (and others) were shocked to find out that older women had undergone a harsh FGC procedure. However, in contrast to the usual ideas that such practices end from outside intervention and zero tolerance, in this case it was from male religious leaders and done in a gradual fashion. Latham’s big point is that when eradication campaigns become trendy social media efforts, other issues get overlooked:

We should be suspicious of the disproportionate effort spent on issues which focus on community behaviour compared to issues which emphasise global inequity. While FGC practising communities have participated in abandonment programmes and derived some benefit from them, the real question is this: Were communities in control of where the funding is spent, would they have prioritised FGC abandonment? If the answer is no, the idea that anti-FGC programmes empower women and communities deserves more serious scrutiny. (11)

Does Culture Explain Everything?

Or, what happens when Culture becomes cultures? (Lavenda & Schultz, 251)

Lavenda and Schultz urge us to try NOT to see culture as “monolithic and unchanging” (251). People and circumstances are always changing. People think about and change their customs (Lavenda & Schultz, 251). There is variation within any group. People are always interacting with each other, borrowing, and leading to “cultural hybridity” (Lavenda & Schultz, 252-53). This can lead to unexpected changes–the “traditional” may be revived precisely because of “modernization.”

One of the ways anthropologists have liked to think about the relationship between culture and change is by drawing on an insight from Karl Marx: “Men make their own history, but they do not make it just as they please; they do not make it under circumstances chosen by themselves, but under circumstances directly found, given and transmitted from the past” (in Lavenda & Schultz, 242).

Eventually, Lavenda and Schultz endorse the idea of “critical cosmopolitanism” from Walter Mignolo (255). They end the chapter by saying that “anthropology is guaranteed to complicate your life” (Lavenda & Schultz 255). [Which may not be the most winning endorsement!]