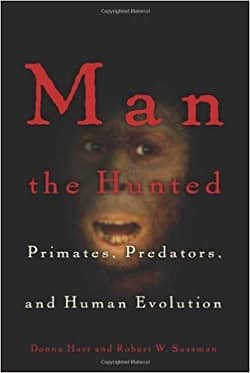 For Intro to Anthropology 2018 there were two readings on Homo sapiens:

This was material for Intro to Anthropology 2018 and the references below are to the 4th edition of the textbook. For a 2021 update, see Survival of the Generalist.

We began class by revisiting some material from the previous class on Hominin Evolution. In that class we discussed stone tools, and so I began with a thought from the humorous blog-post by Jonathan Marks, A first lecture on primate taxonomy:

Stone tools, also known as culture, coincide with the origin of the genus Homo. Some experts believe that there are 12 species recognizable within the genus Homo, of which 11 are now extinct. I guess culture wasn’t such a great adaptation, after all.

Although intended as humor, it is an important point to recognize that there are always evolutionary trade-offs. Bipedal creatures with large brains need a lot of energy from food and have extremely dependent infants. Those traits may not always be great for survival.

To further revisit our previous class and the idea of “Man the Hunter,” I used an image (featured at the top of this page) from a book called Man the Hunted: Primates, Predators, and Human Evolution by Donna Hart and Robert W. Sussman. Hart and Sussman argue that for much of evolutionary history, bipedal hominoids were as likely to be prey as they were to be predators, and it is this place on the food chain which may better explain the evolutionary traits of Homo sapiens. [Note August 2019: See The Blueberry Wars by Alma Gottlieb for the way we should be rethinking the whole idea of a “food chain”]

Finally, we reviewed the emergence and spread of Homo erectus at approximately 1.8 million years ago. After that time, for a number of years the story has been rather murky and confusing. However, around 2017-2018 I believe we are starting to make sense of the recent finds. That consensus is conveyed in a quote from Carl Zimmer in the New York Times:

The common ancestors of Neanderthals and Denisovans spread across Europe and Asia over half a million years ago. Gradually the eastern and western populations parted ways, genetically speaking. In the east, they became Denisovans. In the west, they became Neanderthals. The 430,000-year-old fossils at Sima de los Huesos–Neanderthals with Denisovanlike genes–capture the early stage of that split. At some point before 270,000 years ago, African humans closely related to us moved into Europe and interbred with Neanderthals. Their DNA entered the Neanderthal gene pool. (In Neanderthal DNA, Signs of a Mysterious Human Migration)

The Neandertals were a successful Homo species in Europe and parts of the Middle East. Nenadertal cranial capacity averages larger than Homo sapiens (Lavenda & Schultz, 120). However, the numbers for cranial capacity are absolute numbers, not as a percentage of body size. We should also remember that cranial size and intelligence within a species do not directly correlate, and the brain organization of Neandertals seems to be different from Homo Sapiens. There is evidence for Neandertal burials and rituals (Lavenda & Schultz, 123), as well as hunting (124), but there has also been some debate about how much that may have been due to Neandertal interaction with Homo sapiens.

With the appearance in Africa of Homo sapiens, at around 200-300,000 years ago, we are closing in on what we also call “Anatomically Modern Humans” (Lavenda & Schultz, 124-125). Homo sapiens first emerge in Africa, and then have an extremely successful spread, across Eurasia, into Australia, and also eventually into the Americas. With the spread of Homo sapiens, other bipedal species disappear. In some ways it could be said that the Homo lineages were much more biologically diverse 50,000 years ago than any human biological diversity today.

Here, it is useful to compare the material in Lavenda and Schultz on the debate between phyletic gradualism and punctuated equilibrium with regard to Homo sapiens (117) against what Michelle Langley summarizes in Humanity’s Story Has No End of Surprising Twists: “Currently, we understand that our complex cognitive and social capacities first began to emerge at around 100,000 years ago or earlier. And it wasn’t even an explosion, but probably more like a slow burn that slowly built into the raging fire of modern creativity.” In other words, and as we discussed in the previous class, what was once seen as an evolutionary burst or explosion now seems more like gradual and complex developments.

We have known for many years that Neandertals are not directly ancestral to Homo sapiens. But the question of whether these species interacted or interbred has been hotly debated.

One model for understanding the emergence of Homo sapiens is Multi-regional evolution, proposed by Weidenreich in 1946 and described as the “regional continuity model” in Lavenda and Schultz (119). Weidenreich’s multiregional proposal was a sophisticated understanding of gene flow:

The original multiregional model . . . regards human populations as being interconnected by nearly continuous gene flow throughout the Pleistocene, with the gene flow being of sufficient magnitude such that the human continental populations define an intertwined trellis. There is no tree of human populations of any sort in Weidenreich’s figure. Weidenreich (1946) argued that regional populations could display differences, and some local differences could persist through time in the same locality, but there is no assumption of independent, parallel evolution. Instead, humanity consists of a single evolutionary lineage with no subbranches because humanity’s geographically dispersed populations were and are interconnected by gene flow and lines of recent, not ancient, common descent due to this gene flow. (Templeton 2007, 1509)

In 1987, a new model was proposed, based on MtDNA evidence. This new model went by many names, such as African Eve, Out-of-Africa II, Mitochondrial Eve, and the African Replacement Model (Lavenda & Schultz, 118)

From 1987-2010 the replacement model seemed to be winning the field. Genetics seemed to completely disprove admixture with Neandertals or earlier Homo erectus lineages. Meanwhile the Regional Continuity Model or Multi-Regional Evolution was defended by a few prominent holdouts. But it was misunderstood and disappearing from the textbooks. [I’ve posted about this at More Mothers than Mitochondrial Eve]

In 2010, sophisticated genetic techniques discovered evidence of Neandertal interbreeding and admixture evidence across Eurasia (Lavenda & Schultz, 127). At the same time, we discovered evidence of “Denisovans,” a new archaic species or sub-species based on genetic evidence from pinky bone in Denisova Cave, Siberia (Lavenda & Schultz, 127). Moreover, there was evidence of Denisovan admixture in contemporary populations, mostly in Australasia. [I’ve posted about this at Denisovans, Neandertals, Archaics as Human Races]

What does it mean?

There has been lots of crazy talk, such as ideas that Neandertal genes give us asthma or depression. At this point it is still good to be “cautious” until more fossil evidence comes in (Lavenda & Schultz, 127) But the evidence seems to confirm John Relethford’s “mostly out of Africa” model (Lavenda & Schultz, 119). Human admixture–moving, mating, mixing–is ancient, enduring, and continues. Human admixture is not simply recent and sporadic. Moreover, a 2016 study Climate Swings Drove Early Humans Out of Africa (and Back Again) suggests multiple Homo sapiens migrations out of and back into Africa.

With the spread of Homo sapiens out of Africa, after some interaction and interbreeding with other populations, the other bipedal species disappear. Homo sapiens are an obvious evolutionary success story, but as Gould has told us, humans are “an unrepeatable particular” (in Lavenda & Schultz, 136). That is to say that humans are a unique and not inevitable product of evolution. In terms of the spread of Homo sapiens, it seems less about “survival of the fittest” and more about “survival of the generalist” (Potts in Lavenda & Schultz, 136). It is the characteristics of plasticity, openness, flexibility, and versatility which have allowed humans to thrive in many different environments.

We concluded class with what I consider to be the “big points” of human evolution:

This final point #6 is the subject of the next class on human variation.