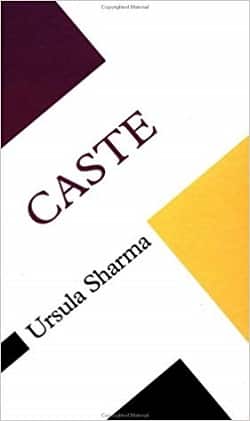 All of the categories Lavenda and Schultz discuss in this chapter–class, gender, caste, race, ethnicity–are categories of difference and identity. They do not all exist in every society. And they have changed over time. In practice, such ideas about difference do not necessarily need to imply social inequality. But whenever people talk about identity and difference, we need to be aware of possible inequalities.

Lavenda and Schultz provide a powerful statement on naturalizing discourses. All of these inequalities are socially created. But in most cases, they are also naturalized. Naturalizing discourses are “claims that consider social categories as eternal and unchanging, rather than the result of history or culture” (470).

Is the sex binary a naturalizing discourse?

One of the interesting ideas in “What Our Skeletons Say About the Sex Binary” by Alexandra Kralick is that although “people are more and more willing to acknowledge the reality of nonbinary and transgender identities” it is now the case that “science keeps showing us that sex also doesn’t fit in a binary, whether it be determined by genitals, chromosomes, hormones, or bones.” In some ways, we may be seeing binary sex differences because we were first taught to see binary gender differences.

When such categories do exist they are almost always interconnected. As my mentor Michel-Rolph Trouillot put it in a graduate seminar, “race is always gendered.” That is, our ideas about racial identity always include ideas about gender identities. In recent years, people studying these issues have referred to such interconnections as intersectionality.

While social inequalities are present in any human society, we need to be aware of how contemporary inequalities are related to colonialism and capitalism. “The spread of capitalism and colonialism introduced new forms of stratification into formerly autonomous, egalitarian societies, and these also reshaped forms of stratification that predated their arrival” (Lavenda & Schultz, 470).

In the United States, we are relatively familiar with class, which Lavenda and Schultz define as “a ranked group within a hierarchically-stratified society whose membership is defined primarily in terms of wealth, occupation, or other economic criteria” (471). In contrast, the idea of caste is usually seen as part of South Asia, or “a ranked group within a hierarchically-stratified society that is closed, prohibiting individuals to move from one caste to another” (473). However, Lavenda and Schultz draw on sociologist W. Lloyd Warner to asked if there was a “color bar” which looks “more like the rigid barrier reported to exist between castes in India [rather] than the supposedly permeable boundary separating American social classes” (473). Interestingly, this also relates to the idea of social class marriage endogamy which we discussed in the previous class.

However, while such comparisons may be theoretically interesting, we should keep in mind that, as Ursula Sharma points out, many times we rely on “an understanding of Hindu castes that today is considered highly misleading” (473).

Race: The Story We Tell

A transcript of the episode is also available.