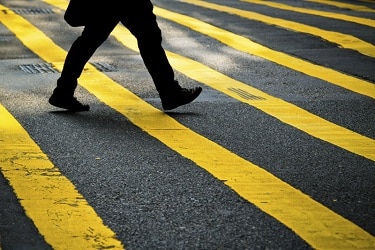 For Intro to Anthropology 2018 there were two readings on mobility, movement, and human evolution:

These materials were for Intro to Anthropology 2018. For an update on this material for 2021, see Learning to Move:

One of the key themes of this set of readings was to emphasize the importance of mobility and eventually migration to the development of the homo lineages. Although we hear a lot about migration as a recent phenomenon, it is important to note that migration is crucial to how people became human and developed flexible adaptations all over the world. For another take on these issues, see the blog-post which resulted in the featured image above. Image Credit: Barbara J. King, The Anthropology of Walking on NPR (2014).

We first did an overview of why there are mysteries and debates within the field of human evolution. First question: Why does it seem we read so much about teeth? In part, it is because teeth are what survive. Although we would like to use evidence from teeth to deduce diet, it can be quite difficult to deduce diet from teeth alone. See Dietary divergence of robust australopithecines for a great 2016 example.

That we need to infer diet from teeth leads to the issue of the fossil record being very incomplete. It may be an over-estimation to say that even 5% of what we would like to know exists as fossils–maybe more like 1% or less. Certain regions have been productive for fossils, other regions have had only limited production. And even in the regions which seem to have many fossils, there can be long time gaps. In general, the goal of being a living creatures is to not become a fossil, and creatures are often eaten before they can fossilize. Adding to this issue are the lack of early chimpanzee or gorilla fossils, in part because we are then looking at a set of most recent common ancestors along the lines that would lead to both hominins and non-bipedal apes.

Another source of debate comes from the difficulty of deducing whether fossils might be part of an “interbreeding species.” The classic definition of a species is the biological definition–creatures that are able to reproduce and have offspring who are able to reproduce. However, as we see among human beings, there can be quite a lot of biological variation within a single interbreeding species. That means looking at past bones can produce debates about whether any find is part of the existing variation or should be called a new species. (This difficulty led to a classic debate between “lumpers” who say most fossils are part of the same species, and “splitters” who would like to declare a new species with each find.)

A final reason for these debates is the somewhat surprising discovery that the use of genetic evidence has made for more complex stories about human evolution.

Lavenda and Schultz begin the chapter by explaining a debate between the predominantly Darwinian idea of phyletic gradualism compared to the more recent idea of punctuated equilibrium (97). In some ways this is now a rather old debate within evolution. My own take is that both gradual and rapid change (in evolutionary time-scales) are possible. Moreover, for me it seems that some of the episodes in human evolution that were once characterized as “bursts” or “explosions” are with greater investigation a result of more gradual developments. This is evident in the article that we read for Thursday’s class, “Humanity’s Story Has No End of Surprising Twists” by Michelle Langley in Sapiens (March 2018): “Currently, we understand that our complex cognitive and social capacities first began to emerge at around 100,000 years ago or earlier. And it wasn’t even an explosion, but probably more like a slow burn that slowly built into the raging fire of modern creativity.”

What we used to look for

In some ways, the story of human evolution was initially hampered by a number of stereotypes as well as a lack of evidence. In the early days of evolutionary theory, people imagined that we were looking for creatures with large brains, and that this was the key differentiation between human and non-human primates. As we discussed with regard to evolution and the Great Chain of Being, people believed that there were going to always be intermediary creatures or “missing links.” This belief led to the acceptance of a number of famous fossil hoaxes.

Similarly, since the idea of phyletic gradualism was dominant, people were looking for nice straight and smooth lines connecting various creatures. These ideas were reinforced because only fossil evidence was available, and the areas of fossil collection were limited.

What we think now

Now we look for common ancestors rather than missing links. We now know that this common ancestor was like, but not the same as a chimpanzee or bonobo, keeping in mind that these species have also been evolving for 6-8 million years. We now also know that the feature separating the last common ancestor of chimps-humans is bipedalism. Some creatures still had ape-like brains, but they were becoming habitually bipedal.

We now also realize that there have been a diversity of bipedal species through the hominin-to-human history. While there are still always going to be debates about the number of species, there is evidence for a wide range of different bipedal creatures. This evidence leads us to bushy models of “mosaic evolution” or an “anatomical mosaic” (LS, 99). And, unlike the days of only fossil evidence, we now seek converging lines of evidence from fossils, genetics, and computerized reconstructions of geology and climate.

Hominins or bipedal hominoids (apes), begin appearing in the fossil record from perhaps as early as 10 million years ago and certainly by around 5 million years ago (Lavenda & Schultz, 98). While we once had images of bipedal creatures striding onto the savanna, the area was probably more forested than previously thought (see Lavenda & Schultz, 100; Kuhn et al., 92).

There have been many ideas proposed for why hominins appeared. Perhaps it was to seeing prey and predators; for reaching into trees; for thermoregulation in the sun; to free the hands; to save energy; or promoting group cooperation. It does seem that endurance walking over a varied landscape became important. Some have suggested it was linked to endurance hunting.

However, as of now there is not a single factor that has been “proved” as causal. There may have been a combination of factors, and the reasons may have been different for various hominin species.

Ardipithecus ramidus or Ardi was discovered almost 15 years before it was announced in 2009 (Lavenda & Schultz, 100). Dating to approximately 4.5 million years ago, Ardi is “a bipedal hominoid living in a forested environment, which challenges the traditional notion that bipedalism evolved in an open, savannah environment” (Lavenda & Schultz, 102). Following the announcement, there was some debate about whether Ardi was just another diverse bushy branch of hominins and not on the “main line” leading to the Australopiths.

It is around this time period, now at about 2-3 million years ago, that we see evidence that bipedal creatures begin co-evolving with durable tools (Lavenda & Schultz, 110). Tool use increases the importance of learned behavior–culture becomes vital to survival. And, as we saw in “Human niche, human behaviour, human nature” by Agustin Fuentes, stone tools offer new opportunities for niche construction:

Cultural innovation and accumulation associated with the interaction between tool creation/use and neurological systems involve high-intensity and broad bandwidth information transfer increasing across the Pleistocene. Such niche constructing patterns facilitate the potential for
rapid and dramatic changes via patterns of feedback interactions between behaviour, local ecologies, the manipulation and alteration of material items, and the development of neural architecture. (Fuentes 2017, 8)

An interesting question to ask is who was making and using those tools. Although we often associate stone tools with males and hunting, there is evidence for the importance of tools in female work and gathering activities (Lavenda & Schultz, 108). Kathryn Weedman Arthur’s work on Feminine Knowledge and Skill Reconsidered: Women and Flaked Stone Tools demonstrates that ethnographically, women are the ones usually making and using stone tools.

Importantly, Homo erectus is the first hominin to spread out of Africa into Europe and Asia (Kuhn et al., 90). Therefore, returning to our original theme of the importance of movement, mobility, and migration in human evolution, Homo erectus opens a more expansive geographic range. In the next class we will discuss what happened to these lineages, along with the newly emerging story of interactions with Neandertals and Denisovans.