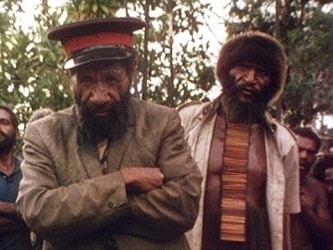 For the Hartwick Intro to Anthropology 2018 on politics there were two readings:

I revisited some of this material in 2020 using a different textbook in the class on Political Organization.

Understanding politics takes us into some fundamental issues of anthropological study. How do people organize themselves? How is this organization related to the economic system? Questions of politics are about “the role of power in human societies” (Lavenda and Schultz, 364).

When anthropologists began their field studies, many believed that European and American institutions were the correct form of government, law, and political order (Lavenda and Schultz, 366). These ideas are part of a deep view of human nature which dates to Thomas Hobbes and the “war of all against all” (in Lavenda and Schultz, 366). Economists eventually promoted Hobbesian ideas for running economic systems, assuming a free market balances self-interest. And in politics, Hobbes insisted that state government is necessary to prevent political chaos.

One result of the Hobbesian inheritance is that we commonly assume others are warped, primitive, or lacking, in “state-less” societies. Such attitudes correspond to contemporary ideas of “spreading democracy,” even if it must be imposed by military means.

Early anthropologists investigated how people displayed amazing feats of organization, such as Big Mokas (see film below). Anthropologists spent a lot of time investigating social organization without a state (Evans-Pritchard with the Azande in Lavenda and Schultz, 366).

At times, anthropologists assumed forms of kinship were organizing principles without state government. This went with an assumption that in other societies they mix kinship and politics, whereas our evolved society is a meritocracy.

Anthropology challenges the idea of “lack” or “absence” in non-state societies. Anthropology also challenges the idea that in modern societies, kinship and gender become less relevant to politics (Lavenda and Schultz, 377-78). This is an important point of Jack Weatherford’s article “Tribal Politics in Washington” (interestingly, we also saw Weatherford comment on Potosi & Capitalism). And remember that Weatherford’s article was written before the election of George W. Bush (2000) and the candidacies of Hillary Clinton (2008 & 2016).

Anthropologists have usefully used and expanded Antonio Gramsci’s ideas of domination and hegemony (in Lavenda and Schultz, 371-72).

And as we were in the midst of the November 2018 elections in the United States, the passages on “global politics in the twenty-first century” rang like a prophecy for interpreting current rhetoric:

At the end of the second decade of the twenty-first century, however, the globalized world is in a dangerous and unstable condition. While some have been able to benefit enormously from the growth of global capitalism, many others have been left out. As inequalities widen, local leaders and their followers struggle to manage the consequences, with or in spite of the intervention of outside powers. One major consequence has been the increased flows of migrants and refugees seeking to escape the violence. Many long taken-for-granted notions about identity and belonging now seem up for grabs everywhere on Earth. (Lavenda and Schultz, 389)

This was a good time to view Ongka’s Big Moka as a way of linking various parts of what we were doing: