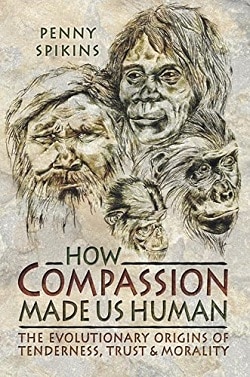 The Lavenda and Schultz module begins by comparing a Desana creation story with a modern physics textbook (21). Perhaps surprisingly, Lavenda and Schultz write that both of these accounts could be considered “myths,” or stories that say something about the world and make life meaningful. Here, they are introducing the anthropological use of myth, as “stories that recount how various aspects of the world came to be the way they are” (22).

However, before we begin equalizing myths and creation stories across the world, Lavenda and Schultz clarify that scientific stories must be compared to evidence and scrutiny (23-24). This is where the standard aspects of the scientific method can be used. If a story does not fit the evidence, it can no longer be retained as a scientific story (24)

Later, Lavenda and Schultz introduce an “Aliens Hypothesis” (25-26). In this case, the promoters of this hypothesis attempt to test against the data. When there is no evidence for they hypothesis, “die-hard supporters . . . might claim that the aliens were so amazingly skilled that they were able to arrange the pattern of burial so as to trick us” (26). At this point, Lavenda and Schultz concede that such an idea may not ever be definitively disproved, but without evidence it “holds no scientific interest” (26).

By bringing in the Desana creation story and an “aliens hypothesis,” Lavenda and Schultz are (perhaps more subtly and politely than others) attempting to navigate the debates about creationism and so-called intelligent design ideas. As anthropologist Barbara J. King put it, There’s No Controversy: Let’s Stop Failing Our Children On Evolution. However, when I have assigned King’s post to previous Intro-to-Anthro classes on evolution, students have found the language too strident and dismissive.

Lavenda and Schultz further clarify their position when they discuss evolutionary theory and scientific theory (26). “Scientists speak of a scientific theory only when they are able to link up a series of testable hypotheses in a coherent manner to explain a body of evidence” (26). In other words, the popular notion of someone shouting out “I have a theory” has very little to do with how scientific theories work.

At the same time, Lavenda and Schultz insist that we should put science in social context. They discuss science studies (27-28), and especially the work of Bruno Latour and laboratory ethnography. These studies provide “a more accurate, if less exalted, view” of what science does (28).

Why do we have eyebrows?

I included the Spikins article on human eyebrows to demonstrate how our thinking is changing with regard to evolutionary traits and processes. It used to be that physical features and traits were all deemed to have necessary functions, with an emphasis on survival. For Spikins, it seems “our highly movable eyebrows can be used to express a wide range of subtle emotions–which could have played a crucial role in human survival.”

Hopefully this is a good introduction to our next set of readings–Lavenda and Schultz chapter 2, “Why is Evolution Important to Anthropologists?” (31-59) and an article Human niche, human behaviour, human nature by Agustin Fuentes.