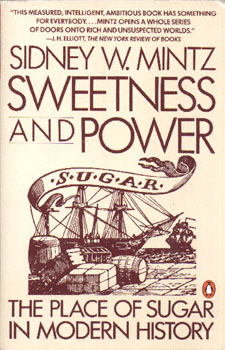 In 2015, I adopted the Robert Welsch and Luis Vivanco textbook for Cultural Anthropology. The first chapter discussed “How Did Anthropology Begin?” Welsch and Vivanco detailed three key concerns: “(1) the disruptions of industrialization in Europe and America, (2) the rise of evolutionary theories, and (3) the growing importance of Europe’s far-flung colonies” (2015, 5). Although it was insanely difficult reading, I immediately missed my previous book by Michel-Rolph Trouillot, Global Transformations (2003), which more accurately portrayed how anthropology emerged.

It’s not so much that Welsch and Vivanco are completely wrong. It’s that the order of prioritization should be reversed and the historical timeframe adjusted. Otherwise, their depiction validates contemporary US-centric ideas, limiting the scope of anthropological analysis and intervention. (Note: This post was written in 2015; for my current textbook choices and approaches, see the Anthropology Courses page.)

The colonial origins of anthropology are hardly in dispute. In fact this should be the very first of the three key concerns. But perhaps even more important is the need to discuss the beginnings of the global system. This should start with a discussion of the Reconquista of the Iberian peninsula, the seafaring voyages from what is now Portugal and Spain, and the subsequent Conquista of the Americas. See for example Trouillot’s essay on Anthropology and the Savage Slot or Race and Culture for a 2020 attempt to explain the colonial origins for Intro-to-Anthropology.

The 15th and 16th centuries were crucial for how Europe became “The West,” how others would be portrayed as savage, and the establishment of transoceanic global flows that would predate academic anthropology by more than three centuries. Welsch and Vivanco discuss how “overseas the colonial period flourished from the 1870s until the 1970s.” But this refers only to the flourishing of North Atlantic colonialism, which was by that time following well-worn routes and templates established centuries earlier (see the discussion of Europe and the People Without History and Myths of the Spanish Conquest).

By not beginning their colonial account earlier, Welsch and Vivanco then re-tell a standard story-line about industrialization. The standard line is that industrialization occurs in Europe and in the United States in the nineteenth century and then from there “affected peoples in European colonies” (2015, 5). Such a story ignores decades of anthropological and historical research that shows how crucial the colonies always were in the genesis of European industrialization. Specifically in the classic Sweetness and Power: The Place of Sugar in Modern History, Sidney Mintz detailed the factory-like aspects of Caribbean slave plantations. Mintz demonstrated how sugar production “fueled” the later rise of the working class and factory production in Europe. (For more on Mintz’s work and too-quickly-forgotten legacy, see The Discovery of Sidney Mintz: Anthropology’s Unfinished Revolution.)

Darwin in the Tierra del Fuego

Darwin’s ideas about evolution were undoubtedly important to the emergence of anthropology. But they were not solely ideas about non-human biological variation. Darwin’s Voyage of the Beagle followed the routes of Iberian colonialism. Darwin’s observations of natives in Tierra del Fuego were wrapped in a narrative of savagery as “absence” and negation:

The language of these people, according to our notions, scarcely deserves to be called articulate. . . . We have no reason to believe that they perform any sort of religious worship. . . . The different tribes have no government or chief. . . . They cannot know the feeling of having a home, and still less that of domestic affection. . . . Their skill in some respects may be compared to the instinct of animals, for it is not improved by experience. (The Voyage of the Beagle 1831-1836, [2001, 183, 191-2])

Darwin’s misrecognition of native societies that had by that time been thoroughly affected by prior conquests fit well within a similar erasure of the colonial contribution to European industrialization and dominance. This dominance would then be further justified by evolutionary ideas.

Who cares about “How did anthropology begin?”

What this all adds up to is what Trouillot termed “chronological amnesia”:

Now dominant North Atlantic narratives–reflecting the world domination of the English language, the expansion of Protestantism as a variant of Christianity, and the spread of Anglo-Saxon and Teutonic sensibilities–reduce the crucial role of Portugal and Spain in the creation of the West. A related emphasis on the Enlightenment and the nineteenth century, and the downplay of the Renaissance as a founding moment, also lead to the neglect of the role of the Caribbean and Latin America in the production of the earliest tropes associated with modernity. That chronological amnesia crucially impedes our understanding of the North Atlantic itself. (2003, 44-45; see Globalization Stories)

But this chronological amnesia does not just impede our academic research. Chronological amnesia impedes our collective understanding of culture and history. It undermines anthropological pleas for tolerance. Michael Wesch’s wonderful video-syllabus introduction to Cultural Anthropology is an eloquent appeal; but it is undermined if we don’t tell the story correctly. This US-centric and North Atlantic amnesia erases the crucial contribution of many others from the history and creation of The West. Rather than the central actors they were and are, other peoples appear as insoluble puzzles. If they are puzzles, then this sets the stage for culturalist explanations which ultimately reproduce a softer version of hierarchical ethnocentrism.