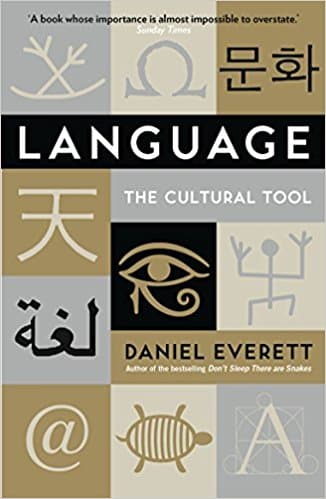 Update 2018: I wrote this post on epigenetics at a time when the Steven Pinker empire was promoting Napoleon Chagnon. In his fantastic review of Pinker’s new Enlightenment Now!, anthropologist Agustín Fuentes exposes how out-of-touch and non-scientific Pinker is on evolution: “‘Enlightenment Now’ reflects Pinker’s lack of knowledge about evolutionary process and complexity in human history, and his utter lack of connection, and empathy, with the experiences, histories and realities of people who are not just like him.” This forum on “The Edge” was definitely a warning sign!

Goodbye to all that

Could epigenetics finally re-write the script about human nature? Maybe. But first we better tell the incredibly diverse group of academics over at The Edge, who gathered in 2013 to discuss Napoleon Chagnon: Blood is their Argument. After this whole new promotional opportunity for the Steven Pinker Empire, at least an empirical critique has emerged: see War, Peace, and Human Nature.

Scrolling through The Edge, I can’t help but think again about not being an anthropologist. As I said in Party Like It’s 1999, if you told me back in 1993 when I was looking at graduate programs that Napoleon Chagnon would be a big hit for the Academic Edge in 2013, I probably would have steered more toward programs in Latin American history.

You’ll forgive me for reminiscing back to fall 1993 classes with Gillian Feeley-Harnik, Emily Martin, Sidney W. Mintz, and Michel-Rolph Trouillot, and really believing that anthropology and academia had definitively changed. Of course not all for the better–and I was myself part of a re-whitening of an anthropology that in the 1990s grew less diverse than it had been in the 1970s–but it seemed that the kinds of ideas Chagnon had begun brandishing were becoming more and more anomalous.

My favorite responses were:

At the very end is a quote from Daniel Everett, which goes quite nicely with UC Santa Barbara trained anthropologist Brian Haley’s comment, corresponds to the basic message of Anthropology & Human Nature, and would also fit with what Marshall Sahlins describes in The Western Illusion of Human Nature. Here’s Daniel Everett:

Theoretically I agree with Chagnon that, contrary to Marvin Harris’s work, culture is not simply the reflection of material environment. On the other hand, I find no evidence in Chagnon’s work for a notion that human nature either exists or that human cultures directly reflect human biology. The great leap forward of human beings has been their cognitive flexibility, not their rigidity.

Chagnon is controversial, but he ought not to be. The controversy doesn’t emerge from his descriptions but from our biases of how people ought to live and how western scientists should manage these peoples’ “image.” His descriptive work is first–rate, a sentiment also expressed by missionaries who have lived among the Yanomamö decades longer than Chagnon. Many of them think his descriptions are the best written on this people.

Yet I disagree that Chagnon has shown anything about either “human nature” or the evolution of our species. What he has shown us is valuable and important just the same–that there are a variety of human experiences and that in learning about this variety we learn more about our species. In fact, when I compare the descriptions of Amazonian and other communities around the world, including the community of social scientists, I reach the opposite conclusion–human nature is a fiction that some folks find convenient. When we finally liberate ourselves from this 19th century idea (going back to Adolph Bastian’s work on the “psychic unity of mankind”) we may begin to see the richness in human diversity. (Daniel Everett on Napoleon Chagnon at The Edge)

Or, as Marshall Sahlins might say: The National Academy of Sciences, The Edge, Human Nature, Goodbye to all that.

Daniel Everett has written a similar overview in The New York Daily News, Where nature and nurture clash: Pioneering a new theory of language:

We certainly are all cut from the same biological mode. But nature made us flexible not rigid. That is why the bold idea of Chomsky and the evolutionary psychologists simply cannot explain what we know about human diversity.

This shortcoming has lead to a new “nurture revolution” gathering steam around the world among primatologists, psychologists, philosophers, linguists, and evolutionary biologists. The basic idea of this nurture revolution is simple: Humans are not canned. We are flexible.

Meanwhile, from a helpful Kenan Malik tweet–one that really should be on The Edge–The Genome in Turmoil:

In part, this reluctance is a familiar story in every scientific field where new ideas challenge long-entrenched theories. But perhaps part of the initial aversion to epigenetics was motivated by something in our cultural consciousness. Epigenetics undermines age-old ideas of the organism, particularly the human being, as having a stable essence–whether it is a divine soul, a curled-up miniature being waiting to unfold into a fully formed adult, or a molecular program from which we can read off a biologically predestined future. The claim that “it’s in our DNA,” it seems, no longer offers the reassuring bedrock of certainty that we once thought it did. (Nessa Carey, author of The Epigenetics Revolution: How Modern Biology is Rewriting Our Understanding of Genetics, Disease, and Inheritance)

And then there’s Grandma’s Experiences Leave a Mark on Your Genes:

Like silt deposited on the cogs of a finely tuned machine after the seawater of a tsunami recedes, our experiences, and those of our forebears, are never gone, even if they have been forgotten. They become a part of us, a molecular residue holding fast to our genetic scaffolding. The DNA remains the same, but psychological and behavioral tendencies are inherited. You might have inherited not just your grandmother’s knobby knees, but also her predisposition toward depression caused by the neglect she suffered as a newborn.

Or not. If your grandmother was adopted by nurturing parents, you might be enjoying the boost she received thanks to their love and support. The mechanisms of behavioral epigenetics underlie not only deficits and weaknesses but strengths and resiliencies, too. And for those unlucky enough to descend from miserable or withholding grandparents, emerging drug treatments could reset not just mood, but the epigenetic changes themselves. Like grandmother’s vintage dress, you could wear it or have it altered. The genome has long been known as the blueprint of life, but the epigenome is life’s Etch A Sketch: Shake it hard enough, and you can wipe clean the family curse.

Thanks to biological anthropologist Patrick Clarkin for the link, who has written about such issues in How War Gets “Under the Skin”. Clarkin writes of plasticity and the process of development: “Through that process of development, multiple biological outcomes from the same genes are possible. Evolutionarily speaking, it makes sense that natural selection would favor genes that give an organism some plasticity to respond to environments that change within a single lifetime.”

Also of interest here, further musings from biological anthropologist Ken Weiss, Is genomic causation deterministic or probabilistic? Weiss is not so concerned with epigenetics but the heart of genomic causation ideas, and “deep problems in trying to understand the variation in life from a genomic causal point of view.”

At the same time, also on The Mermaid’s Tale, in Microbiomes R Us Anne Buchanan demonstrates how research on microbiomes can then be fed into yet another story of simplistic determinism. Epigenetics is potentially vulnerable to the same fate.

At the end of my talk on “The Noble Savages Controversy: Napoleon Chagnon, Marshall Sahlins and Reintegrating Anthropology,” two SUNY New Paltz psychologists needled me to take a stand on human nature. I hedged a bit–it’s difficult to say this coherently in front of a crowd–but tried to state that there really is no such thing:

Human capacities are not genetically specified but emerge within processes of ontogenetic development. Moreover the circumstances of development are continually shaped through human activity. There is consequently no human nature that has escaped the current of history. . . .

This does not mean, of course, that a human being can be anything you please. But it does mean that there is no way of describing what human beings are independently of the manifold historical and environmental circumstances in which they become–in which they grow up and live out their lives. (Tim Ingold, Against Human Nature, 2006:259,273)

As it turned out, the psychologists were quite helpful allies, admirers of Susan McKinnon and Developmental Systems Theory. Thank you again to Dr. Benjamin Junge and SUNY New Paltz Anthropology for inviting a speaker based only on a blog-post! [Comment clarification, a recommendation from anthropologist Christopher Lynn and a blog post.]

So, on the one hand perhaps epigenetics can rewrite the standard scripts on human nature and wake up academics on The Edge. On the other hand, the new genetics, including epigenetics, could be combined with ideas of culture as race-lite promoted by people like David Brooks. We should remember that one of the reasons for the revival of ideas like the Psychic Unity of Mankind was to counteract the post-Darwin stream of scientific racism. Because if epigenetics and genetics gets wired up with so-called cultural traits, we’re going to miss the days when all we had to worry about was Bill Gates reading Jared Diamond.

September 2013: See The Social Life of Genes for a glimpse of just how thoroughly genetic expression seems to be altered and constantly remade through ongoing experience.

If reading this helps you better understand the politics of epigenetics, please use a social share button or make a $1 contribution to keep anthropology resources online, updated, accessible. Thanks!