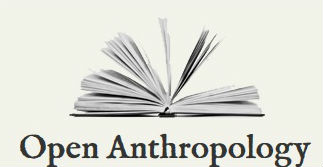 Michel-Rolph Trouillot’s final chapter in Global Transformations, “Making Sense: The Fields in which We Work” contains a crucial lesson for Cultural Anthropology. In essence: Is the main civic duty of anthropology to claim that others are “humans just like us”?

The quote that always rattles around in my head:

The time is gone when anthropologists could find solace in the claim that our main civic duty–and the justification for our public support–was the constant reaffirmation that the Bongobongo are “humans just like us.” Every single term of that phrase is now publicly contested terrain, caught between the politics of identity and the turbulence of global flows. Too many of the Bongobongo are now living next door, and a few of them may even be anthropologists presenting their own vision of their home societies, or studying their North Atlantic neighbors. The North Atlantic natives who reject them do so with a passion. Those who do accept them do not need anthropologists in the welcoming committee. The political field within which the discipline operates is fundamentally different from that of colonial eras and the world of the 1950s. Not enough dust has yet settled to point to a safe haven of unequivocal neutrality. Anthropology’s substantive contributions in this modified context should be a matter of debate among anthropologists inside and outside of academe, but relevance will likely depend on the extent to which the discipline rids itself of some of its shyness and spells out its stakes for a wider audience. (2003:137)

I wrote about this quote in a 2012 guest post for Savage Minds on The Bongobongo and Open Access. This blog-post poses Trouillot’s quote as a number of questions.

First, I wonder if I have sometimes skipped too quickly over the part about making sure everyone agreed that the Bongobongo are indeed humans just like us. I usually assume that by the time of a 200-level anthropology course, we all know that. But maybe we do need to have some anthropologists in the welcoming committee, or at least pointing out that there may need to be a welcoming committee. As Trouillot said, the people who reject others “do so with a passion.” Perhaps that cannot be changed in an anthropology class, but I wonder if I need to at least better make the attempt.

Second, and perhaps to a larger point, the insistence that in fact people deserve to be treated as human beings may in our times be a quite radical assertion. This is a lesson I take from Discuss White Privilege and the Starbucks incident of 2018. It is a point that applies within anthropology as well as outside it.

Finally, and to return to the question of open access anthropology, I wonder if the emphasis on open access is doing much to rid the discipline of shyness and actually spell out the stakes for a wider audience. I wrote this at a time of transitioning to become a new co-editor of Open Anthropology, or what Rex (a consistent champion for open access) called the “occasionally-not-disappointing semi-OA journal Open Anthropology.”