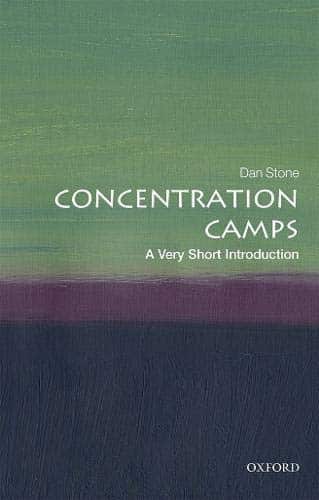 Update November 2020: This post was written in June 2019 as a plea for impeachment. Eventually Trump was impeached for malfeasance with Ukraine, but a Republican Senate voted to acquit. In the light of the coronavirus crisis, acquittal was a terrible move. In part because Trump was not impeached based on the bigger anthropological reasons detailed below, Trump claimed exoneration, and his subsequent inaction on coronavirus has cost too many lives. It is now time to choose Biden-Harris: Unity Over Division.

Many eloquent statements have been written about why Trump should be impeached for ethical and legal reasons. It has been more than obvious since the 2016 elections that Trump was unfit for the office of the US Presidency and should have been stopped by the Electoral College. In this June 2019 post, I wanted to describe the anthropological reasons for impeachment. From the perspective of anthropology, Trump should have been impeached much earlier.

One of the first reasons that anthropology would support impeaching Trump was due to his treatment of migrants and refugees. The anthropological findings are clear that humans have been moving and migrating from the beginning of our species. Attempts to build walls on imaginary boundaries and foment xenophobic nationalism go against over a century of anthropological research on immigration. Anthropologically, we were trying to prevent the Trump administration from building concentration camps in the United States.

As of June 2019, these issues acquired even additional urgency, as more information was published regarding the inhumane conditions at the detention facilities. Whereas the United States was once supposed to be an example of humane treatment for migrants and refugees, it became an excuse for mistreatment that other regimes have emulated. Moreover, Trump announced–via Twitter no less–plans for mass round-ups of migrants. The raids target people, rather than the companies doing the hiring.

From an anthropological perspective which strives for international dialogue and intercultural understanding, Trump’s presidency has been singularly disastrous. There really has never been any coherent international policy or a sense of living in a global community. Instead, we have a mess of incoherent responses coupled to a rotating cast of conflicting characters supposedly in charge of international relations. Trump has insulted most of the places where anthropologists traditionally study.

Once again, the issue of impeachment acquired urgency in June 2019 due to more incoherence with regard to Iran. Anthropologically, we should never have allowed the person in charge of the world’s largest military to be apparently ordering strikes and then calling them off minutes before launch, all without broad consultation of elected congressional representatives.

Another reason to anthropologically support Trump’s impeachment is the climate crisis. Anthropology joins with other scientists to urge action with regard to mitigating the effects of climate change before predicted cascades of extinction engulf our planet. Instead, Trump has pursued policies that send us all hurtling toward global ruin. Trump’s administration has featured officials in the Environmental Protection Agency at best behaving unethically and at worst criminally. Linked to the international issues already described, Trump explicitly supports authoritarian regimes that produce fossil fuels and bankroll his enterprises.

What can we do?

There are a few things you can still do to support impeachment. One is simply to tune into Sarah Kendzior on Twitter. Kendzior is a writer and journalist who was trained as an anthropologist with a specialization in authoritarian regimes. She has been prescient about the course of Trump’s actions, and succinctly described Trump as part of “a transnational crime syndicate masquerading as a government.” Kendzior’s 2020 book is Hiding in Plain Sight: The Invention of Donald Trump and the Erosion of America and she is the co-host of Gaslit Nation, a weekly podcast which covers corruption in the Trump administration and the rise of authoritarianism around the world.

In some ways it seems likely that we will need a movement like Occupy Wall Street, in which people simply do not give up until Trump is gone.

Disclaimer: As noted in the footer, this blog is a personal project and does not represent the views of any institutions or employers, current or previous. The opinions expressed here are mine alone. I believe the opinions here are supported by anthropological evidence, but I never advocate for impeachment in my academic research or classroom teaching.