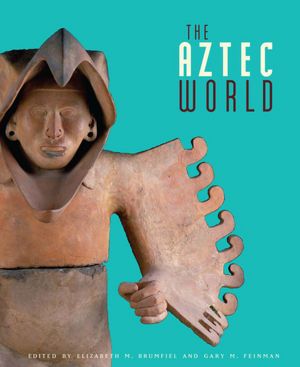 I met Liz when she taught at Albion College–I feel particularly indebted because she gave me my first adjunct courses, and I probably would never have become an academic professor without her help. I had just finished a dissertation and was tremendously unprepared to teach. Liz started me on upper-level seminars and then some introductory classes, keeping me employed and encouraged until I was able to find more permanent teaching.

Liz was always a strong advocate for teaching and for engaged anthropology. She took pride in educating undergraduates, teaching year after year of Introduction-to-Anthropology and taking personal responsibility for a public presence and political commitments. Many anthropologists saw this side of Liz when she was AAA president and took the stand to not hold the annual meetings at a hotel during a labor dispute. It was–and still is–a controversial position, but Liz thought it was an important stand for human rights, a win for the AAA as well as the workers, who won health insurance in their contract.

Liz was a tireless promoter of human diversity and non-determinist approaches to analyzing human life. This perspective emerged in her recent contribution to the December 2010 forum On Nature and the Human organized by Agustín Fuentes:

If there is one great lesson that anthropology teaches, it is that human biology, human psychology, and human behavior are all context dependent. This enormous biological and behavioral flexibility–the ability to adopt different physiological, perceptual, and behavioral repertoires–has enabled humans to survive across the extremes of climate and habitat, from the frozen tundra to the burning desert. Humans are the only biological species to achieve such broad dispersal. This biological and behavioral flexibility enables humans to move from foraging camps to industrial cities and to supplement communication with ancestral spirits with communication via the Internet at speeds that outstrip the rate of natural selection, often within the course of a single lifetime.

Yet this is a lesson that people in the contemporary United States resist. (516)

For approaching these issues and presenting them to non-anthropologists, Brumfiel argued for a practical approach, drawn from classic anthropological perspectives:

Anthropologists may understand that biology, language, and behavior are mutually constituting. But I am afraid that this message is too subtle for public consumption. In addressing nonanthropologists, I would use cross-cultural and historical data to argue that human nature is variable in its biological, psychological, and behavioral dimensions and is always context dependent. I would emphasize that, even within societies, individuals are molded biologically, psychologically, and behaviorally by their experiences. And finally, I would affirm that broad, flexible social institutions are needed to encourage all individuals to explore and cultivate their strengths and compensate for their weaknesses. (516-517)

I was also very pleased to be able to bring Professor Elizabeth Brumfiel to Hartwick College for a special Hardy Chair Public Lecture in October 2009. Her talk, “Presenting Aztec Culture: Archaeology as an Antidote to Great Art,” showcased Liz at her best: first-rate scholarship harnessed to public presentation, four-fields anthropology with a liberal arts perspective, engaging undergraduates and the public.

Liz donated a copy of her newly edited volume, Aztec World, to the Hartwick College Library. The day after her talk, Liz was in the Yager Museum collection, cataloging artifacts and again speaking to undergraduates.

Liz’s influence has been and will continue to be enormous–she truly pioneered archaeological research on gender and the non-elite, supporting anthropology in the classroom, in public, and fighting to train a generation of scholars.

For a collection of news articles, tributes, and short bibliography, see In Memoriam: Elizabeth Brumfiel 1945-2012.

Update 2016: In thinking about the passing of Sidney Mintz and Teaching Latin America and Caribbean Anthropology, I’ve returned to this In Memoriam from 2012. Liz and Sid were in many ways complementary: their love of fieldwork and commitment to regional studies; genuine investment in teaching anthropology, especially introduction to anthropology; concern with the untold and uncelebrated people who really made history. I was fortunate to have both as mentors, and to have been able to host both at Hartwick College.