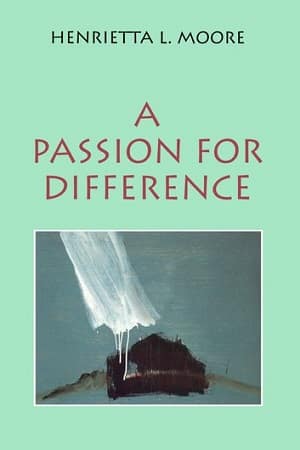 Are some more different than others?

Ingold begins this chapter with what might be considered the most classic question of anthropology, and one we tackled in our very first class: “Everyone is different. But are some more different than others?” (26).

In that very first class, we discussed how those things that seem most similar about us, or human universals, are also what seem to make us most different. For example, we can agree that all humans have capacity for language, but our various languages seem to also differentiate us from each other. Ingold here makes that same point: “It might even be said that thanks to these commonalities, they inhabit their own cultural world, just one of a multitude of such worlds which, taken together, make up the mosaic of humanity. Anthropologists have long been at the forefront in making the case for cultural diversity” (26).

Ingold in this chapter will proceed to question “this appeal to plurality” (27). However, he is not doing so on the basis of attempting to resurrect sameness or human universals, but with an approach which will truly and finally welcome human difference: “An anthropology worthy of the name must, in my view, be founded on the principle that we inhabit one world. But this world is not the globe of corporate finance, of international telecommunications, of ‘the West’. It is a world not of similarity but of manifold difference. For anthropology, the challenge is to spell out, with clarity and conviction, the one-ness of such a world” (27).

But to do that, we need to examine two keywords that have been with us since the beginning: Nature and Culture.

We have come to believe that things that are natural are universal and innate, whereas things that are cultural are particular and acquired. “Where nature is fixed, culture is thus subject to growth, variation and historical change. . . . The dichotomy between culture and nature, in short, conflates two oppositions: of the particular to the universal, and of mind to matter” (28).

However, what Ingold perhaps does not spell out enough in this chapter–he does in the next chapter on “A Discipline Divided” just like we did in the Race/Culture class–is how much anthropology had to be sensitive to the fact that until 100 years ago, people in the United States believed that others were different from them naturally and that such differences fell along racial-biological lines. And given all that continues to happen in the United States, US anthropologists are still extremely careful about suggesting that there are natural-biological differences.

In some ways, it is the aversion to rooting human difference in the natural-biological that led to a US American focus on culture:

Unlike other animals that know instinctively how to do things, human beings have to learn. Starved of opportunities to do so, an individual would be left stunted and crippled. Uniquely for humans, then, culture is alleged to make up the deficit between what nature gives us and what we need in order to function in the world. This was the thinking behind an oft-repeated verdict on the human condition, pronounced some fifty years ago by the American anthropologist Clifford Geertz: ‘One of the most significant facts about us’, Geertz concluded, ‘may finally be that we all begin with the natural equipment to live a thousand kinds of life but end in the end having lived only one.’ (43)

What Geertz is saying is that we are all born with the same natural equipment, but are differently shaped by culture.

Ingold wishes to modify the approach. He insists that we are all in fact born “naturally” different, and that as we grow, our cultural learning grows with us and into our bodies and minds: “Our equipment for life, including techniques of the body and habits of the mind, is not ready-made but continually forged in the crucible of activities conducted with or alongside others” (43). Or put differently:

Every infant is different, not just because of its unique genome, but because each comes into the world in a certain place, at a certain time, having already undergone a formative period of gestation in the womb of the mother-to-be, herself immersed in the life of her community and engaged with its environment. Each of us, launched into this world of continuous variation, has no alternative but to carry on from then and there, cutting a course which – rather like the stream of a river delta – is ever converging with and diverging from the lifeways of others. Convergence and divergence proceed hand in hand for the duration of the life-cycle; thus we are no more different from one another, as we approach the end of life, than we were the same when we were born. Throughout life, from cradle to grave, people differentiate themselves from one another in the very process of going along together. In the human family, for example, the lives of siblings who had once shared the intimacy of home and hearth fan out, only to merge with other lives in the foundation of families of their own. It is their sameness that divides. Difference, on the contrary, is the glue that binds us all. (44-45)

So Ingold is saying each infant is different and our capacities grow and develop through life.

Very importantly, Ingold believes that it is our differences–both natural and cultural altogether–which are what allow us to come together in community:
“Indeed the very term ‘community’, from the Latin com (‘together’) plus munus (‘gift’), means not just ‘living together’ but ‘giving together’. Identity in community is thus fundamentally relational: who we are is an index of where we find ourselves, at any moment, in the give and take of collective life” (Ingold, 47).

We then moved on to the next chapter on “A Discipline Divided” in Anthropology: Why It Matters.

“The mistake is to suppose that nature and culture stand not for questions we ask about human beings but for causal agents actually lodged within human bodies and minds, whence they pull the strings of behaviour, determining all we think and do” (30-31).

“Is there, subconsciously lurking inside every one of us, a hunter-gatherer struggling to get out? Are we, in short, the creatures of our evolutionary past, abroad in the present, fated to meet the challenges of twenty-first-century life with adaptations inherited from the Stone Age?” (Ingold, 34-35).

“This appeal to instinct, however, is fundamentally flawed, for one simple reason. A characteristic such as a sweet tooth, or a tendency for aggression (among males), or even a fear of snakes, is not something anyone is born with. It develops. At whatever point in the life-cycle it might be identified – whether in early or late childhood, youth, adulthood or old age – it arises through a process of growth and maturation within a certain environment” (35).

“We cannot therefore think of human differences as added on, thanks to environmental experience, to a baseline of universals that we have in common from the start. Human life is not a passage from uniformity to diversity, or, as it is often expressed, from nature to culture” (36).

“Thus the embodiment and ontogenesis, the acquisition of particular techniques and the development of the human organism, are not set apart on opposite sides of a division between cultural conditioning and biological growth. They are one and the same. Our bodies are us, and we them. As they age, we do too” (Ingold, 38-39).

“Most attempts to spell out [human] nature turn out on closer inspection to be but thinly disguised portraits of what their authors, steeped in the values of modernity, take to be the ideal accomplishments of humanity, including things like art, technology, science and reason. Projecting onto our hunter-gatherer ancestors the capacities to do everything we can do today, allegedly installed with the genetic capital of the species, history itself is made out to be the glorious process by which these capacities have been triumphantly fulfilled” (40).

“This sense of identity, however, is strikingly at odds with the constitution of the modern state, which tolerates no difference among its citizens but rather demands equality in obligation and entitlement” (47-48)

“Here, difference and similarity, becoming other and coming together, go hand in hand” (Ingold, 50).