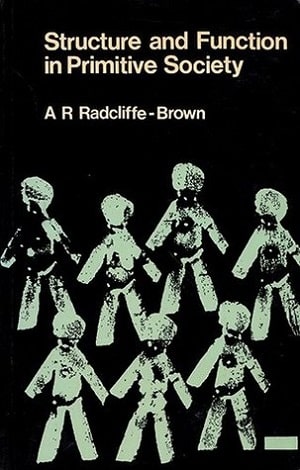 For Introduction to Anthropology 2020 after reading chapter 1, “Taking Others Seriously” and chapter 2, “Similarity and Difference” in Tim Ingold’s Anthropology: Why It Matters, we read “A Discipline Divided” (52-78).

This is perhaps one of Ingold’s most difficult chapters to read, perhaps first because he is attempting to summarize a whole history of anthropological thought, and secondly because that history has not been so glorious.

For Intro-to-Anthro, the most important lesson was to understand the not-so-illustrious history of anthropology:

It is important to understand why anthropology began as it did, with the imperious ambition to forge a unified ‘science of man’, and why, eventually, it fell apart. To rebuild anthropology for the future, we need to learn the lessons of the past. These are not always affirmative. Most scholarly disciplines are proud of their pasts: they like to celebrate their illustrious ancestors, men of vision who laid the foundations for great things to come. Their wigged and bearded countenances adorn the pages of textbooks. But anthropology is not so fortunate. Our ancestors were a mixed bunch, including a fair number of visionaries, crackpots, racists and bigots. (56)

From there, we moved on to the more hopeful chapter on “Rethinking the Social” (79-105).

“Behind all these anthropologies, is there anything to hold them together? I could not write a book on anthropology and why it matters unless I believed there is, at least potentially, something that binds these proliferating threads into a whole rope” (56).

“To be raised to civilization, humans must once have been primitive. This led to much speculation on what life in this original state of nature might have been like. ‘Nasty, brutish and short’ was the famous conclusion of Thomas Hobbes” (57).

“For the most part, these speculations were unconstrained by evidence. The savage was an invention of erudite European minds, fleshed out to various degrees with often lurid travellers’ tales of native life in the Americas, and in the colonial territories then being established in Africa, the East Indies and Australia. At that time, the full range of human variation was not yet known, and debate raged over whether the inhabitants of some of these lands were really human beings at all” (58).

“What force is capable of driving up civilization from the sludge of bestiality? For Darwin as for Huxley, the answer was not in doubt. It was, of course, natural selection. In the incessant struggle for existence, as Darwin was wont to put it, the more intelligent would always emerge victorious, supplanting their weaker-witted competitors” (63).

“The discipline of anthropology was reborn in the explosion. From the late nineteenth century and beyond, anthropology mattered to its public above all because it promised a unified account of human evolution” (66).

“In the wake of the Holocaust, what had been the bedrock assumption of evolutionary science since Darwin and Huxley – that human populations differ in their intellectual capacities on a scale from primitive to civilized – was no longer tenable. In its stead was planted a firm ethical commitment to the principle that all humans, whether alive in the past, present or future, are equal in their moral and intellectual capacities” (68-69).

To emphasize this unity, scientists reclassified extant human beings as members not just of the same species but of the same sub-species, designated Homo sapiens sapiens. Doubly sapient, the first attribution of wisdom – the outcome of increasing brain size and complexity – marks humans out within the world of living beings. But the second, far from marking a further subdivision, registers their decisive break from that world. With this break, unparalleled in the history of life, humanity is supposed to have been set on the road to civilization. Thenceforth, our ancestors found themselves on both sides of the fence: both in nature and out of it. And it is with this cast of hybrid characters that the evolutionary anthropology of the later twentieth century populated the planet. (69)