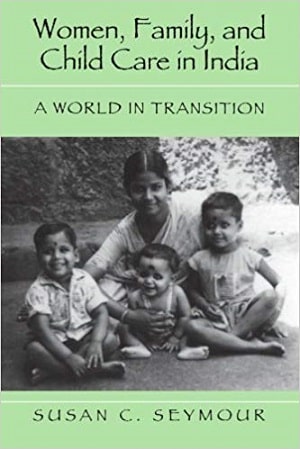 For this Intro to Anthropology 2020 class on enculturation, cultural relativism, and fieldwork, we read:

This material was for Intro to Anthro 2020. For an update see the 2021 thoughts on social life based on the textbook Anthropology: What Does it Mean to Be Human?

First, a bit of a re-cap from the previous class on race and culture. Basically, around 1500AD or 500 years ago, there was an enormous diversity and complexity of societies around the world. All the political organizations and economic organizations we documented in our unit on Archaeology could be seen throughout the world. At that time, a number of formerly peripheral European places turn into global empires, setting up global trade networks and new hierarchies, eventually resulting in systems of colonization and enslavement. By about 200 years ago, European explanations for human difference tended to naturalize and justify those hierarchies, explaining human difference in terms of racial determinism (Muckle and González, 181). Culture, as reimagined by anthropology, eventually spoke against naturalizing hierarchies by race or social group.

In contrast to prevalent racial ideas that others were inherently inferior or primitive, anthropologists posited that other people were experts, intelligent, and had interesting patterns exhibited in

These are exactly the topics we cover in this part of Intro-to-Anthropology.

Anthropology’s radical claim is that people learn those patterns. Moreover, as anthropologists, or simply as curious human beings, we can learn about these patterns by doing fieldwork.

As a way of understanding fieldwork and participant observation, check out this video on “Doing Anthropology” made by MIT anthropologists (2008):

Interestingly, note the appearance by anthropologist Heather Paxson, who also appears in the Muckle and González chapter (194).

Ideally fieldwork reinforces the main points of the culture concept and helps us with cultural relativism (Muckle and González, 185-86). Through fieldwork, we discover patterns of human life, in their own terms and context. We find that these patterns are learned, variable and transmitted. Previous ideas of racial determinism become untenable.

The Meredith Small article “Our Babies, Ourselves” is an ideal way to illustrate both cultural relativism and enculturation, or how we learn culture. Small’s article deals with parenting practices and shows how different they can be around the world (see student comment below). Interestingly, Small shows us how others can be ethnocentric as well: “The Gusii mothers were appalled. . . . These American women, the Gusii concluded are clearly incompetent mothers” (LeVine, 1 in Small).

I particularly like how Small draws examples not just from very far away others, but from Dutch practices as well, demonstrating that they can have biological differences in sleep time (see student comment below).

One of the main points of Small’s article is to stand against ethnocentric child-rearing, and it features sections by anthropologists on

A main point is that child-rearing expresses and inculcates values. Our US American methods are often seen as promoting independence–see for example the section on Dependence and Independence training in Muckle and González (190). Of course, we might ask if our methods actually produce independence.

One big take away from the article is that humans are born “neurologically unfinished” (Small, 4; see student comment below). Our heart rates and breathing are social from the beginning, and our natural brain development takes place during a period of intense nurture. Anthropological holism therefore questions any nature/nurture dichotomy. There is no human nature outside of particular history and nurture. There is no baseline parenting pattern apart from our long histories occupying diverse environments.

The idea of culture has been a relatively revolutionary concept introduced by anthropology from approximately 100 years ago. But unlike 100 years ago, when very few people thought about culture in this way, now almost everyone has heard the term culture and many people like to explain things as “well, that’s just their culture.” This popular use of the word culture has at times led to problematic ideas and interpretations. In this section, I wish to outline three caveats or qualifications to how we would prefer to use culture anthropologically.

1. Does cultural relativism mean: “Anything Goes”?

For Muckle and González, we can see cultural traits as both adaptive and maladaptive (187). One of their primary examples is the controversial practice of FGM or Female Genital Mutilation, which they classify as maladaptive (188). Of course, we should immediately recognize that there are many practices in our own society which can be seen as maladaptive–Muckle and González mention artificial tanning beds (188). We might reflect–what are some practices that US Americans do that an outsider might say, “Why do they do that? Why don’t they just stop?”

Here is another example: Although Meredith Small’s article discusses multiple cultural practices, we might wonder whether high fertility rates and some childcare practices might be a sign of inequality and lack of access to resources, not just a cultural thing (see Tronick in Small, 3; if you are interested, see my blog-post on Childcare, Culture, and Power).

2. How much variation is there in any culture?

One of the consequences of the popular use of the term culture is that people tend to think of culture as a kind of determining framework. It cannot be stressed enough:

In this sense, I think that sometimes Muckle and González can be a bit broad with their characterizations, such as the idea of Dependence and Independence training discussed above. There are PLENTY of people in the US who vary from the supposed norms of childcare!

As several students mentioned in their comments on the previous class, ethnicity can be a much better term than race to discuss human difference (Muckle and González, 184). Ethnicity can be a term used to indicate a cultural group, stressing shared and learned behavior.

However, we need to be careful not to adopt an overly simplistic idea of ethnicity. If our idea of ethnicity means we think of the group as homogeneous (not heterogeneous), static (not changing), and with fixed boundaries… Well, then we’ve just changed made a word change, but kept our previous ideas about race. We are then using the word “culture” or “ethnicity” as a euphemism for race (I’ve written about this in a blog-post titled When Culture Looks Like Race).

So it is important to understand that although we perhaps have come a long way in the past 100 years, racism, prejudice, and discrimination are real, and they have real effects (see Muckle and González, 182-183). Simply swapping the terms around (ethnicity instead of race) is not enough: we need to radically shift our ideas and practices.

Of course, this brings up the relationship between language, thought, and behavior, which we examine in our next class on Language.