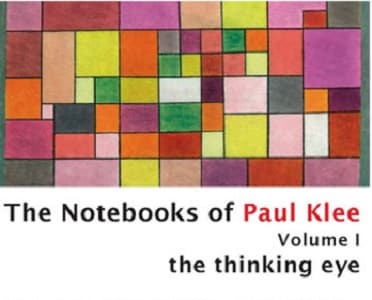 For Introduction to Anthropology 2020, after reading “Rethinking the Social” (79-105) we finished the course with “Anthropology for the Future” (106-131) in Anthropology: Why It Matters.

This chapter has a ton of things to think about, and I hope someday to revisit the material. For the final exam in Intro-to-Anthro, I especially wanted students to reflect on Ingold’s statement that “anthropology’s real contribution lies not in its literature but in its capacity to transform lives” (130).

And I hope you’ll also reflect–as we try to find our way through the coronavirus crisis–on Ingold’s ending sentences: “For what drives anthropologists, in the final resort, is not the demand for knowledge but an ethic of care. We don’t care for others by treating them as objects of investigation, by assigning them to categories and contexts or by explaining them away. We care by bringing them into presence, so that they can converse with us, and we can learn from them. That’s the way to build a world with room for everyone. We can only build it together” (131).

In the media, fossil skulls vie for attention with depictions of tribal peoples dressed in traditional costume, or no costume at all, inviting viewers to compare the contemporary exotic with the ancestral past. Meanwhile, popularizers with no anthropological knowledge or training, but with some experience of living with remote people, are keen to present themselves as anthropologists, and to peddle widespread fictions about the human condition as if they were the fruits of scientific research. Their books have been bestsellers. If professional anthropologists presume to object, the press is only too happy to present their complaints as sour grapes or academic infighting. No wonder many anthropologists feel the odds are stacked against them, much as they often are for the people among whom they work. To change the odds in our favour, I believe we need to do three things. The first is to re-establish anthropology as a single discipline, rather than a congeries of separate sub-disciplines. The second is to achieve a new settlement between anthropologists of sociocultural and biophysical disposition, whose current antagonism threatens to blow the discipline apart, and this means confronting the twin spectres of culture and race. The third is to show how a future anthropology that is speculative and experimental, as well as descriptive and analytic, could have the potential to transform lives. (116)

“Anthropology, in short, is a discipline that works by entering into the life process and going along with it” (120).

“Anthropologists have tried two ways to detoxify their discipline of racial thinking” (124).

“By liberating biological variation from the shackles of genetic inheritance, and cultural difference from the yoke of heritage, we can finally lay the demons of race and culture to rest. Humanity is indivisible into discrete races for precisely the same reason that it is indivisible into discrete cultures. That reason lies in history. Human beings, as agents of history, have ever been the producers of their lives. This history, moreover, is part of a life process that is going on throughout the organic world” (128).

“And like art, anthropology need not be wedded only to describing and analysing things as they are. It, too, can be experimental, and given to speculation” (129).