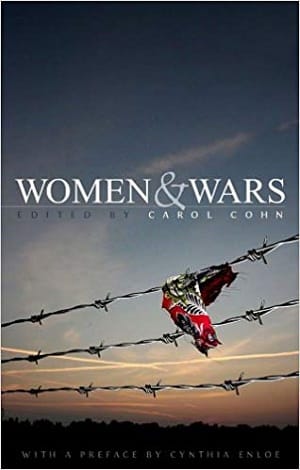 For Introduction to Anthropology 2020 we read these materials on kinship and gender:

This class takes up where the previous class on Marriage and Family left off. As such, I would like to first spell out more about the section on kinship and anthropology. The first anthropologists spent a lot of time talking to people about kinship and relatedness. In part, this was also because it was something that seemed like it was easy to interview people about and to make a diagram of their relatives. In some ways, anthropologists are responsible for what many people now know as the kinship chart.

If you have time, here’s a good primer on how to make an anthropological kinship chart:

I would ask you to try it out, but we should also recognize that making such charts, especially in times of crisis, can be quite painful.

As our YouTube anthropologist explains about making US kinship charts, we need to start off in “landscape” or wide-mode. US reckonings of kinship are generally wide but do not go very many generations back. It is quite rare for anyone in the United States to be able to name more than four generations deep of relatives.

This is because US kinship is a form of bilateral descent (Muckle and González, 268). We believe we are equally related to the people on our mother’s side and father’s side. So, we can often name people on both sides (aunts and uncles) and even back to grandparents and their siblings, but usually not much further back in terms of kinship reckonings, as it quickly becomes a lot of people to keep track of.

Other societies have forms of unilineal descent which can be patrilineal or matrilineal. In unilineal descent systems, people consider themselves to be more (or mostly) related to people on either their father’s side or their mother’s side. Lines of inheritance, property, and names will go down one side or the other. In such systems, people are often able to name five or six generations deep, in part because the depth of inheritance is more important and it is also fewer people to keep track of–they would probably begin their kinship charts in “portrait” or narrow-mode!

Of course, most of us know that there are patrilineal aspects to our kinship charts, as most people in the US do their last names according to patrilineal practices. However, we do not usually have special terms to determine “mother’s brother” as differentiated from “father’s brother.” Both are “uncle.” In a matrilineal society, your uncle on your mother’s side would usually be a far more important person than your uncle on your father’s side, and this difference is encoded in language (269).

The fact that there are both bilateral and unilineal kinship systems opens onto a fascinating observation: kinship is not simply a biological relationship. In fact, some people who seem very biologically related from our perspective may not be considered kin at all in another system.

Without trying to bring up any sort of “ooh, icky” factor, I would mention here that in unilineal kinship systems, there can be what are called “cross-cousin marriages.” That is to say, if you are in a matrilineal system, you would not consider yourself related to your father’s sibling’s children, and they may in fact be seen as good marriage choices. As we discussed in the last class on endogamy and exogamy, such marriages might fit the rules for endogamy (in a close-enough social group) but also for exogamy (far enough away). [For those worried about genetic closeness, remember that there will be enough more distant marriages so that the genetics become mixed-up enough.]

On the other hand, we also know that people who are not biologically related can become kin. Muckle and González discuss what is called “Fictive kinship (266) as well as nurture kinship (267). A big point, which we probably know from our own lives: even “blood” relationships need to be actively made through nurture.

One thing you may notice from the anthropological kinship chart video is the use of circles for females and triangles for males. This was standard anthropological practice into the 1970s, when feminist anthropologists developed separate concepts for sex and gender. In the social sciences, we now consider that sex is the best word to describe biological differences. The word gender refers to “the set of social meanings assigned by culture” (Muckle and González, 270).

Of course, things are not always completely clear-cut, in that we do use our social expectations to modify our biology (274). As we saw in the class on enculturation, humans are always biocultural–our notions of culture and society become incorporated into our developing bodies. Expectations about what men and women should do can manifest in nurture practices like feeding, leading to later biological differences.

Are there only two genders?

In recent years, more and more people in the United States have been tuning into an experience of gender which might go beyond the circle-and-triangle approach. More people are familiar with the idea of being transgender, and some are beginning to understand that maybe there could be more than two social genders.

Here’s the deal: anthropologically speaking, there are MANY examples of societies that have more than two social genders. And many of those societies have had these ideas for a very long time–hundreds or thousands of years. Third and fourth genders are not just a recent thing, they are an ancient thing!

Some of the most prominent examples of third-gender identity are in Native North American groups. These individuals may be biologically of one sex but take on the gender roles of the other sex, or have special roles. In terms of sexuality, they may include homosexual activities, but not a homosexual identity (since there is a third or fourth gender identity; see the section below on sexuality). These individuals were once called berdaches, but this is a derogatory term which should no longer be used. “The Native American and First Nations communities instead identify with the term two-spirit” (Muckle and González, 273).

Another example of third gender ideas are the hijra of India and Pakistan (see Muckle and González, 274 and the student comment below). In addition to these relatively well-known examples of third gender ideas, recent work has shown that such ideas exist on every continent and in hundreds of societies. Check out this map of gender diverse cultures.

Is there a sex binary?

Let’s now bring in the Kralick article on “What Our Skeletons Say About the Sex Binary.” This is a pretty fascinating and very readable piece which ties together some of what we learned in Biological Anthropology and Archaeology. This is one reason I put a question on the first exam about the pelvis identification picture Muckle and González illustrate back in their unit on human evolution (78). The biological and archaeological reality is that sex identification is often not as clear-cut as it was once imagined, and we are now classifying more skeletons as “indeterminate” (Kralick notes that there seems to have once been an over-classification of skeletons as “male”).

I also like the article because it relates to contemporary issues, and these are not issues that are going to be easily resolved soon. One recent example is of Caster Semenya who was told she must take testosterone-reduction medications in order to continue competing.

Kralick’s article brings up some fascinating questions: Is it the gender binary which has caused us to insist on a sex binary? Put differently, is it the fact that in US society we were so adamant about male/female dichotomies which made us want to “fix” any biological sex differences (see Muckle and González, 270 and the student comment below)? Are there only two sexes biologically? One of the most interesting, pioneering, and provocative essays on the subject was Anne Fausto-Sterling’s The Five Sexes: Why Male and Female are not Enough (1993).

Again, from an anthropological perspective, long-term same-sex unions have been a feature of many societies. Which brings up a final point: when we think about body modification (279), gender-bending (272), third genders, sex operations, different marriage choices, second fathers, or complex sexualities… None of these things are recent or unique to the United States. The more we look around, the more diversity–historically and cross-culturally–we will be able to see.

Note: For reasons I don’t always understand, my 2012 blog-post on Sex, Gender, Sexuality has been one of my biggest blogging “hits.” Some of the material on kinship and gender appears in my 2017 class on Is Kinship Important?