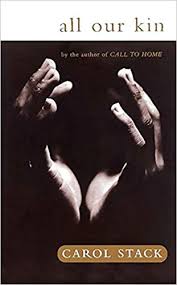 For Introduction to Anthropology 2020 we read Muckle and González chapter 11 (part 1 of 2), “Marriage, Family, and Gender” (253-266). The post below mainly discusses the marriage and family aspects of the chapter. The next class concentrates on the Kinship and Gender.

This is a good time to watch the classic anthropological film Ongka’s Big Moka as a way of linking together parts of this section of the course:

Before we begin with the findings of anthropology on marriage and family, we should talk about why anthropology began studying these topics. When anthropology emerged as an academic study, early anthropologists assumed kinship relationships–the ties we make based on marriage and descent–were of paramount importance. There were several reasons for this assumption. People assumed that kinship was based on a universal biology, and simply translated biology into social life. There was an idea that we could rank societies based on their kinship reckonings–if some people did not have the same marriage patterns or family life, they were assumed to be part of a more “primitive” society. The concentration of anthropology on kinship became so extreme that “in the early 1950s . . . kinship studies were in fact so dominant that outsiders spoke ironically of [anthropology] as kinshipology” (Eriksen 2017, 99).

Anthropologists eventually discovered that kinship is a cultural relationship. There are a dizzying variety of ways people do family and marriage as well as gender and sexuality. In short, there are “diverse family arrangements that lay the foundation for a stable society” (Muckle and González, 254).

Monogamy, or being married to one person, probably characterizes the majority of marriages in most societies. “Marriages that are most common in the world are opposite-sex unions, between one woman and one man” (Muckle and González, 256). Monogamous marriages promise “until death do us part,” although such patterns are uncertain. Today, some suggest we are more apt to practice serial monogamy, “marriage to one partner at a time with a succession of partners” (256).

Polygamy means having more than one spouse. Forms of polygamy such as polygyny–two or more wives (257)–have also been considered natural and in some cases highly valued. “However, not all men in those societies have the wealth to take on more than one wife. . . . the fact that a great many societies, including small societies, accept polygyny does not mean that most of the world’s nations or most people practice polygyny” (257).

Although polygyny has been widely studied and commented upon, polyandry–when a woman has more than one husband–is usually seen as one of the rarest forms of marriage (258-259). The classic anthropologically-studied cases of polyandry are in highland Nepal and Tibet, and are known as “fraternal polyandry” because it is a practice where brothers marry one wife and therefore keep the land and resources from being split apart.

An interesting article by Alice Dreger, “When Taking Multiple Husbands Makes Sense” argues that polyandrous practices are much more widespread than some anthropological depictions:

Marriages all over the world serve to sanction sexual relationships, regulate a division of labor, and legitimates the children of those sanctioned unions (Muckle and González, 254-255). Since marriages is a “partnership between families,” it is often about organizing economic resources, inheritance, and political alliances (255). This is why “marriage based on romance and love is a relatively recent development” (266). In most societies, people do “fall in love,” but in many societies romantic love has been seen as too fragile to be a basis for marriage. People in many societies rely on some form of arranging marriages, although these “generally take into consideration the wishes of the young people involved” (266).

In all societies there are notions about how close and how distant marriage relationships should be. Endogamy refers to notions that marriages must be within a social group (260). Of course that group cannot be too close, since this would violate the “incest taboo” (260). Therefore, all societies also have notions of exogamy, or the idea that a marriage should be outside of the group (259).

In the United States, people tend to believe that romantic love is the ideal basis for marriage. We also believe that “love conquers all” and thus brings a freedom and exogamy to our romantic and marriage choices. But statistically, a vast majority of US marriages are endogamous by social class.

How does that happen? How is it that a society that prides itself on free marriage choices and social mobility ends up being so endogamous by social class?

Evidence suggests that in addition to social stratification by zip code, the educational system helps guide choices to be endogamous within social class. People who go to high school and then stay in their hometowns tend to marry each other, whereas people who go away to college are likely to find spouses within a college social network that has also been sorted by wealth. Of course, in 2020 it will be interesting to see if marriage patterns get altered because everyone was sent away from college during the coronavirus epidemic.

When we examine typical US arrangements, we expect to see a number of neolocal monagamous families or what is called the nuclear family (Muckle and González, 261). While there are certainly many examples of nuclear families all over the world, we tend to see and portray the nuclear family as universal. However, “it is actually the least common residence type in the world’s societies” (262). Even in the United States, the neolocal nuclear family is not the most common residence pattern. When looked at cross-culturally and historically, the neolocal monogamous family seems to be something that arose in a historically particular time and place rather than a natural or universal kinship and marriage convention.

Returning to the idea of child-rearing as independence training, Muckle and González say the neolocal nuclear family makes sense in industrial societies. However, such families place a lot of strain on a tiny unit. Families were already under stress coming into 2020, and we might ask ourselves: How is the independence training for neolocal nuclear families going in the days of COVID-19?