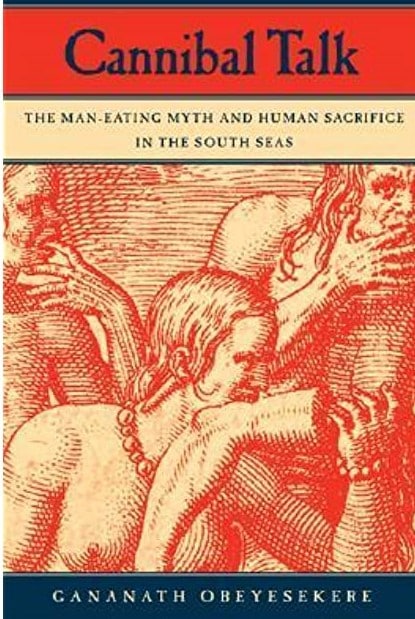 Using the textbook Through the Lens of Anthropology (note: link is to the 3rd edition, but page numbers and quotes for this class are to the 2nd edition) in Introduction to Anthropology 2020 we read chapter 12, “Political Organization.” In the previous class we had read about kinship and gender. The next class was on “Supernaturalism.” For a 2021 update on the theme of political organization, see Politics.

We watched the first 30 minutes of Masai Women in order to answer the questions of:

When anthropologists began doing fieldwork, many believed that European and American institutions were the only correct form of government, law, and political order. Such beliefs are still present, in that we commonly assume others are warped, primitive, or lacking, in “state-less” societies. Such attitudes correspond to contemporary ideas of “spreading democracy,” even if it must be imposed by military means.

At times, anthropologists assumed forms of kinship were the organizing principles for societies without a state government. This went with an assumption that in other societies they mix kinship and politics, whereas our evolved society is a meritocracy.

Muckle and González discuss how “political relationships are managed by the use of power, authority, and prestige” (285). They differentiate between coercive power which depends on force or the threat of force and persuasive power. In the film Ongka’s Big Moka, Ongka might be considered a classic example of someone who attempts to use persuasive power, and he does not have coercive power. Ongka is a “Big Man” who “affirms his status with great shows of generosity” (286). It should be mentioned that although we sometimes attempt to delineate different forms of power, authority, and prestige, there is often an overlapping spectrum, and even those who ostensibly hold coercive power “must also use persuasive power” (286).

Muckle and González demonstrate the importance of “internalized controls” (286) that guide behavior. These controls can be enhanced through both guilt and shame (287). Muckle and González contrast “shame cultures” and “guilt cultures” but in my estimation such broad characterizations should only be seen as approximations–societies and individuals will variably emphasize both guilt and shame. The important point is that such “internalized controls embedded in belief seem ‘natural’” (287). That is to say, explicit coercive power becomes unnecessary because people simply assume such actions are the correct, normal, or natural way to behave.

In addition to internalized controls, there are also of course externalized controls, imposed from the outside. These can be sanctions or punishments for breaking the rules. Interestingly, Muckle and González note that “gossip is an effective negative informal sanction, especially in smaller communities” (287). (You may know this if you grew up in a small town or from attending Hartwick College.)

So how do people organize without governments?

As a general rule, people in non-state societies or what Muckle and González term “uncentralized systems” (289) tend to prioritize

Muckle and González then consider state societies. One of the features of a state government is that it collects taxes or tribute for “infrastructure or operations” (295). However, what might be just as important is that states have police and military functions. States are formalized central governments with authority to use force (294).

In discussing a state as a government with authority to use force, Muckle and González are borrowing a classic definition of the state which Max Weber spelled out over a century ago: “In his lecture ‘Politics as a Vocation’ (1918), the German sociologist Max Weber defines the state as a ‘human community that (successfully) claims the monopoly of the legitimate use of physical force [coercive authority] within a given territory.’”

This means that states usually try to suppress raids and feuds (300), as we saw in Ongka’s Big Moka. That said, large-scale warfare is a state thing (301), which is what we also learned in our unit on Archaeology.

One of the other features of centralized state societies is entrenched social stratification. Although we think of social stratification as a natural part of our world, it is “not a natural feature of social organization. Many societies, such as foraging band societies, follow carefully constructed social rules so that individual members do not have more status than others (Muckle and González, 295). This was a lesson we learned when we read about Richard Lee’s experience in the Kalahari.

Muckle and González note two main categories of status. In the United States, we believe we have class stratification, which is a form of “achieved status because it is based on personal actions” (295). India is taken as a classic example of caste or “ascribed status” which is “fixed at birth, and cannot be changed” (296). However, we should be careful with such distinctions: How much class mobility really exists in the United States? Especially with the prevalence of social class endogamy, statistically many people remain in the social class of birth.

Muckle and González then talk about something that was also very important for our last class on gender: gender inequality and gender stratification (296-297). Muckle and González note that gender stratification varies across societies, and that female control over protein can be a variable in how societies are gender stratified. This was a very interesting finding by Ernestine Friedl in a 1978 article, “Society and Sex Roles.” Friedl then extrapolated from the gathering-and-hunting societies to note that women’s status for industrialized societies might be linked to a more metaphorical interpretation of “protein”: how much control women have over non-domestic resources, or resources outside the home.

The last page of the Muckle and González (303) chapter concludes with an exciting finale, featuring: Cannibalism! Muckle and González seem to be telling us that there are groups that value stability and nonviolence, but “ferocity was valued in the Carib society who lived in today’s Venezuela, Guyana, and adjacent Caribbean islands at the time of the Spanish arrival to the New World” (303). And in fact, the origin of the word for cannibal is derived from Christopher Columbus trying to describe the Caribs.

But we need to be super careful about simply believing this account of cannibalism. Because:

I’ve taken a lot of these points from a book by Gananath Obeyesekere, Cannibal Talk: The Man-Eating Myth and Human Sacrifice in the South Seas, which I’ve used for the main image. Obeyesekere argues that there was definitely a lot of exaggeration and myth-making when it came to “Cannibal Talk,” and we should be super-suspicious of its use in anthropology. So while I rarely criticize the textbook, I think in this instance Muckle and González could definitely use more contextualization before simply ending the chapter with the flourish of cannibalism.

However, this does provide a certain lead into the next class on “Supernaturalism.”

Note: For this class on political organization, I revisited material that I used in a 2018 class on Politics and Anthropology as well as the 2017 Why does politics matter?