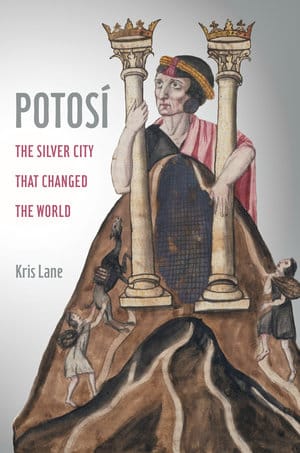 This Intro-to-Anthropology class was about the ideas of race and culture. We use the chapter on “Culture” in Through the Lens of Anthropology, but with supplementary material from Trouillot’s Global Transformations to contextualize how the concept of culture emerged from earlier ideas about race as well as the colonial context of anthropology.

This material was for Introduction to Anthropology 2020. For an update in 2021, see Social Life using the textbook Anthropology: What Does it Mean to Be Human?

In this chapter, Muckle and González introduce how anthropology uses the idea of culture. The concept of culture is perhaps the biggest contribution of anthropology to the understanding of human life. However, it is impossible to understand the importance of culture without understanding the context into which it was introduced, in comparison to how people explained human behavior before the idea of culture. Understanding this context will enable us to best see culture as an anti-concept, introduced against racist biological determinism. This is why I have titled this post “Race and Culture.” First, we deal with some history and understand how the idea of race came to be so prevalent. Then, we talk about the relatively revolutionary notion of culture as an explanatory framework.

In terms of understanding the concept of culture, I draw on Muckle and González, but I also introduce some ideas from one of my mentors, the brilliant Haitian anthropologist Michel-Rolph Trouillot. I attempt to encapsulate ideas from two of Trouillot’s essays: “Anthropology and the Savage Slot” together with “Adieu Culture: A New Duty Arises”

There should be Muckle & González Chapter 7½

Something funny happens in many anthropology textbooks between the section on Archaeology and the section on Cultural Anthropology. All the way through Biological Anthropology and Archaeology, Anthropology seems to proceed in a chronological fashion. We study human evolution, from non-human primates through bipedalism, through tool-making and Homo sapiens. In archaeology we study human expansions, along with plant and animal domestications, and the rise of political entities like states and empires. But somewhere around 5000 years ago, the chronology stops, and then the next thing you know we’ve jumped into a scene with Laura González eating bugs in contemporary Mexico (Muckle and González, 172).

I don’t know why most anthropology textbooks leave out the material from 5000 years ago to around 1900, when the first academically-trained cultural anthropologists emerge. Perhaps we think people learn that in a world civilizations class? Or perhaps we don’t want to step on the toes of historians? However, there are some crucial things we really need to know about (and that few people learn from World Civilization or History courses). If we don’t understand what happened between 5000 years ago and 1900, the powerful idea of culture doesn’t make much sense.

From 5000 years ago, there were centuries of trade, interaction, political empires rise and fall, cities rose and fell, hunting and gathering techniques developed, ecosystems were transformed.
In Questioning Collapse: Human Resilience, Ecological Vulnerability, and the Aftermath of Empire, archaeologists tell us that if we were to survey the “most powerful and largest cities in the world” (2009, 10) we would get during different time periods:

During all this time, northern Europe was mostly peripheral, perhaps even seen as a backwater for the main currents of human activity.

When we arrive at the year 1492–at the time when the most powerful cities in the world were in China, India, and Turkey–we in the US immediately think of Christopher Columbus and his Spanish ships. But for those living in what is now Spain, the most important events of 1492 were the fall of the Kingdom of Granada, effectively expelling Muslims from Spain, as well as the expulsion of the Jews. This became known as the Reconquista.

As the Spanish Reconquista concluded, it was at the same time Columbus stumbled onto the Americas. The world was reshaped from 1500-1800 by the Portuguese and Spanish trading empires, and then by the British and French Empires. Importantly, the Europeans would now be encountering an enormous diversity of political and economic systems (Muckle and González, 180).

During the time period of 1500-1900, the world would be transformed by European colonialism, and especially by two products from the Americas. One of those products was silver. As Kris Lane has written in a recent book about Potosi:

In 1545, a native Andean prospector hit pay dirt on a desolate red mountain in highland Bolivia. There followed the world’s greatest silver bonanza, making the Cerro Rico or “Rich Hill” and the Imperial Villa of Potosí instant legends, famous from Istanbul to Beijing. The Cerro Rico alone provided over half of the world’s silver for a century, and even in decline, it remained the single richest source on earth. (Potosi: The Silver City that Changed the World)

The silver of Potosi would transform the world economy. From around 1570-1650, Potosi became one of the largest cities in the world, larger than London and Paris at the time. Potosi became “the first city of capitalism” in the words of anthropologist John Weatherford. And although there are various ideas about how the US dollar ($) sign emerged, the most plausible is that it came from the Potosi mint mark.

After that, the story shifts into the Caribbean, where British, French, and Dutch colonial planters seized islands once under Spanish control and began to establish sugar cane plantations. As anthropologist Sidney Mintz has argued, the Caribbean sugar plantations transformed global diets, eventually feeding the workers of the European Industrial Revolution. Mintz’s even more radical argument is that the slave-based plantation system provides a template for European factory organization.

In summary: By the time of the 1860s, before the emergence of academic anthropology, Spanish and Portuguese empires had reshaped world. Potosi had injected silver throughout world trade routes. Slave-based sugar plantations in the Caribbean and Brazil transformed what was once an exotic azucar into a mass-produced commodity, as sugar. It is in fact difficult to imagine the later European-American “Industrial Revolution” without these resources and labor. But industrialization led us to forget or hide its origins–now very few people even know where Potosi is!

The result of this was that before anthropology emerged, the world was already arranged as a racialized hierarchy (Muckle and González, 181). Colonialism had codified certain clinal variations into “race.” Racial and environmental determinism were called upon to explain human difference, and to justify or maintain inequalities.

Anthropology emerged in the late 19th to early 20th century, during northern European empire-and-nation building. British and French Anthropology emerged, studying people who were in their colonies. US Anthropology would first study internal others, the Native Americans, and later go on to dominate world anthropology.

Race and Culture, or “The Savage Slot”

Anthropology emerged, crudely, to answer the question of “Why are they like that?” The prevalent ideas were of Biological or racial determinism and Environmental determinism. These ideas organizing people into a hierarchy of races, or a hierarchy of social groups.

Anthropology (eventually) said NO! Human difference is due to CULTURE (Muckle and González, 172).

Those patterns are learned. They are not determined by nature either within human body or outside human body (although we never want to lose sight of these aspects or consider them as separate from culture).

Culture will always involve some degree of human consciousness–we think about our behavior and activities, even though a lot of it is unconscious. This means that there will always be variation within culture, or that culture is heterogeneous (Muckle and González, 177). Culture is always changing, and does not have fixed boundaries.

Hopefully that conveyed an understanding of race and culture, and how revolutionary the idea of culture was at the time when anthropologists were first proposing it. In the next class we talked more about culture and enculturation.

Note: I have written a blog-post regarding The Concept of Culture which might be helpful. See also my 2020 course on Cultural Anthropology.