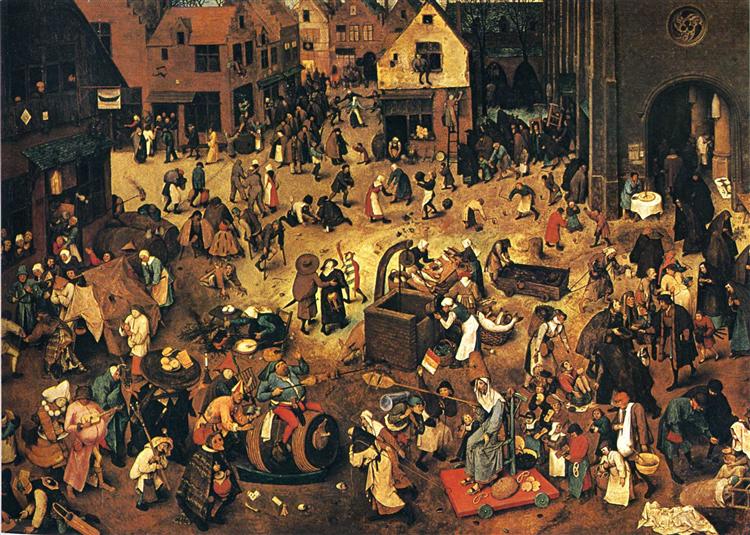 For Introduction to Anthropology 2020, after reading the difficult chapter on “A Discipline Divided” we then read Tim Ingold, “Rethinking the Social” (79-105) in Anthropology: Why It Matters.

For Intro-to-Anthropology, the most important part of this chapter was where Ingold ends up resolving some of the issues of nature and culture that he outlined in the chapter on Similarity and Difference. I find this quote particularly compelling:

Nurturance and growth are but two ways, respectively social and biological, of describing the same process of ontogenesis, of the continual generation of being – or in a word, of life. Any dispositions a person might have towards others, at any moment, will have arisen within this process. The love of parents for their children, for instance, arises from the prolonged intimacy of life in the home; it is not an effect of their probable genetic relatedness. But it is no less ‘biological’ for that. Humans, in short, are biosocial beings, not because they are products of genes and society, but because they continually produce themselves and one another as the living, breathing creatures they are. They are not two things but one. (101)

Or, “to put it more simply, your relations with others get inside you and make you the being you are. And you get inside the others as well” (103).

“As the ancient Greek philosopher Heraclitus is alleged to have said of the waters of a flowing river, you cannot step twice into the current of social life. Nothing repeats. Whenever you try to pin society down, social life runs through your fingers. In nature, one kind of animal does not become another – horses remain horses and do not turn into elephants – but in history transformations of this sort are going on continually” (81).

“Human history, in the Marxian narrative, is punctuated by crises of this kind, each of which can only be resolved by wholesale transformation in both social relations and techno-environmental conditions of production” (91).