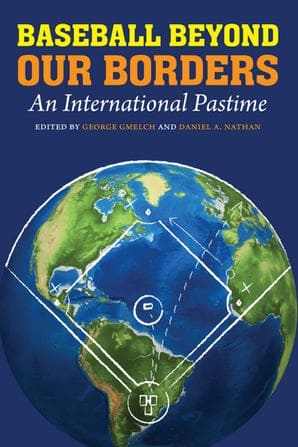 Muckle and González begin their chapter titled “Supernaturalism” with a very important quote about humans and symbols. “Humans are unique in that they are compelled to make meaning of their lives” (305). The word compelled is a pretty powerful way to put it, but it makes sense when put together with what we learned about human culture and human language. “People create and use symbols to connect to others in their communities, shape their world, and define their identities” (305-306).

That humans are “compelled to make meaning of their lives” through symbolic communication may be especially evident in times of crisis, such as the coronavirus epidemic. Confronting illness and death are some of the key times when humans need to make life meaningful, and to construct stories and narratives around our lives. Once we have a number of those stories and beliefs, we might begin referring to this “set of beliefs and behaviors” as a “religion” (306).

Again, one of the notable effects of religion can be to help “humans cope emotionally with those anxiety-producing events that we cannot control, such as accidents, illness, or death” (309). Although this does not necessarily mean humans will all believe in religion–as Muckle and González note, “every society also has nonbelievers among its members” (306)–it is undoubtedly true that the symbolism of religion and beliefs about a supernatural have been powerful drivers of human action. “Anthropologists believe that supernatural beliefs provide explanations for those aspects of life for which we have no logical answer” (309).

This Muckle and González chapter has a number of insights which we can use to make sense of human behavior. Muckle and González reference a long anthropological tradition of studying “rites of passage” which “mark life’s important transitions from one social or biological role to another, such as at puberty, first menses, marriage, childbirth, or death” (311). We saw one of these rites of passage when we watched the film Masai Women. Interestingly, Muckle and González here bring in the Maasai as well, discussing how young men go through an “arduous circumcision ceremony, during which no anesthesia is administered” (311). [Also of interest: Muckle and González do not describe male circumcision as “maladaptive” as they did with FGM (p.183). Of course, it could very well be argued that the health effects are differentially maladaptive for males and females, but it is notable when we use terms like adaptive and maladaptive to designate cultural practices.]

From a century ago with the work of Arnold van Gennep (originally published in France in 1909!), anthropologists have described rites of passage as involving three stages: “from separation, through transition, to the final stage of reincorporation and acceptance” (311). The transition stage can be a time of “liminality”–a time of betwixt and between, when the usual rules do not apply. We can use this analysis to describe a specific ritual, like a wedding. But we can also use it to describe a transitional time of life, such as going to college. In 2018, Sherry Fukuzawa discussed Liminality in the Classroom for Teaching Anthropology: “It is Arnold van Gennep’s Les Rites de Passage that continues to inform my anthropological teaching experience most profoundly. The universality of the separation, liminality, and reaggregation/incorporation makes this a key piece of theory for engaging students.”

Another point Muckle and González make later in the chapter is to define syncretism, or a merging of beliefs. Syncretism is often a result of a colonial context, and Muckle and González here discuss Catholicism and the Aztecs. As we noted earlier in discussing the colonial context which preceded anthropology, these syncretisms were thoroughly underway before anthropologists ever arrived to study indigenous religions. “Syncretic beliefs bring the old and new belief systems together in ways that make sense to people who are forced to undergo a complete revision of their worldview” (321).

But syncretism is not just important in a colonial context. Merging beliefs, interacting, and differentiating are all part of the ongoing process of religious belief development. We might say that all religious beliefs are part of a syncretic process. The Aztec system was itself an amalgam of previous beliefs and conquests, just like the medieval Catholicism practiced by the Spaniards was syncretic with folk traditions in Europe. We might even see our own approaches to medicine–which might combine scientific treatments with prayer–as forming new syncretisms.

As we saw in our discussion of kinship and gender, some of the things we think of as recent or new are actually quite ancient. “People have manipulated their bodies for religious reasons for thousands of years” (Muckle and González, 324; see student comment below).

So, yes, that applies to tattoos (324), trance and hallucinogenic substances (320). Not that we should advocate such practices, but they aren’t new!

As a summary statement, Muckle and González note that “Different types of sacred beings and forces inhabit the worlds of different societies” (326). In this chapter they note that “gods and goddesses are found most often in societies with a hierarchical social organization, since a society’s belief systems reflect its social organization” (315). Muckle and González therefore relate religious beliefs to political organization and gender inequality. Hierarchical societies are also more likely to have priests and priestesses as “full-time religious practitioners” (319).

Muckle and González discuss how small-scale societies are likely to find “spirits of nature” in the everyday environment (317), where we also find the idea of “animism” (318; we’ll discuss this more in the first part of Tim Ingold’s Anthropology: Why It Matters. Such small-scale or more egalitarian societies are more likely to have shamans, or “part-time religious practitioners who specialize in communicating with spirits, ancestors, or deities” (319).

In previous introductory classes, I’ve shown part 1 of a film called Strange Beliefs which discusses the work of anthropologist E.E. Evans-Pritchard. Although this is not a part of our official assignments, it might be interesting for those who want to delve further into one of the founding figures in the Anthropology of Religion.

I would say as a general rule, anthropology has featured two main ideas about religion. One of these is that the “Strange Beliefs” of others may actually be logical. This is one of the main themes of the film and of the Muckle and González chapter. For example, anthropologists have spent a lot of time thinking about religious food taboos and why they might make sense (Muckle and González, 314 and see student comment below).

The second main idea is that we have “strange beliefs” too. This is very illustrated in the George Gmelch reading on “Baseball Magic” when we see contemporary baseball players engaged in ritual practices that we might say are very much like the “magical” beliefs that people have sometimes derided in other societies.

The Gmelch reading is very accessible, so it was great to see so many student comments about it in the comment section below. Thanks!