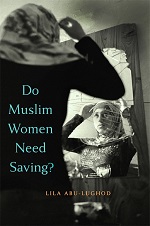 Update: This 2014 post emphasized “Entangling the Biological” as part of a series on teaching four fields Introduction to Anthropology. Please also see:

For spring 2014, another round of Introduction to Anthropology. Another chance to figure out What is Anthropology? But most importantly, another attempt to introduce anthropology as a way of thinking about and living in the world. As I noted in my Cultural Anthropology 2013 update, I was excited to try teaching Lila Abu-Lughod’s book Do Muslim Women Need Saving? Abu-Lughod’s 2002 article has been on my must-teach list since it came out. It speaks to one of the most pressing issues of our time, the need to disaggregate the false images and blanket-statements about Muslims. The original article was written before Iraq, so the book should have been a much-welcome update.

The Abu-Lughod book will be a change from my previous 2012-2013 Introduction to Anthropology which featured Ruth Gomberg-Muñoz, Labor and Legality: An Ethnography of a Mexican Immigrant Network

as a short ethnography. At the time of book orders, it appeared an anthropology of immigration reform might be dated, as US legislation seemed imminent. That has not been the case, and I already miss the Gomberg-Muñoz perspective, some of which I was able to address in my recent Peoples and Cultures of Latin America and the Caribbean course.

. I’ve been back and forth on this 10th edition, sometimes purchasing individual articles as an e-book, sometimes assigning it, but am now moving toward a selection of pdf and web-linked articles. I’m starting off with Horace Miner’s Body Ritual among the Nacirema and am hoping to develop a four-field introduction-to-anthropology reader that can supplement a number of textbooks.

I will continue to use my preferred textbook, Lavenda and Schultz’s Anthropology: What Does It Mean to be Human?

At the same time, I’ve been discussing textbooks with Christopher DeCorse, who ran across my preliminary review of his co-authored four-field textbook Anthropology: A Global Perspective. I had been favorably impressed with the 7th edition and they are reviewing the text for the next round.

Entangling the Biological in Introduction to Anthropology

I’ve learned a tremendous amount from all the participants in the fabulous session at the 2013 American Anthropological Association meetings, Entangling the Biological: Steps Toward an Integrative Anthropology. Highlighting the participants with active blogs, was great to see Agustin Fuentes, John Hawks, Jonathan Marks, Julienne Rutherford, and Adam Van Arsdale, with a great panel overall.

I’ve also learned a great deal from Kate Clancy at Context and Variation on Scientific American; Patrick Clarkin; Barbara J. King at NPR 13.7 Cosmos and Culture, and Daniel Lende at Neuroanthropology. Anne Buchanan, Holly Dunsworth, and Ken Weiss continue to put out high-quality and frequently-updated posts at The Mermaid’s Tale.

Hope to not be leaving too many people out, but some starters toward entangling the biological with introduction to anthropology!