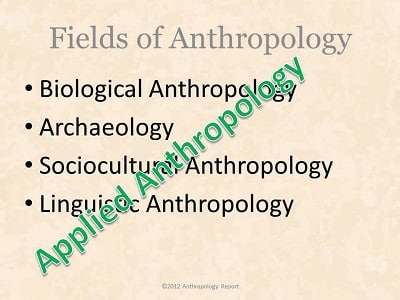 Update: The question of “What is Anthropology?” must be answered in each generation. Using the textbook Anthropology: What does it mean to be human? my latest attempt is in Intro-to-Anthropology 2021 and on YouTube:

This “What is Anthropology 2013” page was originally posted on the previous blog Anthropology Report in 2011 and revised through 2013.

What is Anthropology 2013: What It Means to be Human

Update 2017: Statements of growth were true in 2011-2013. However, in 2017 Anthropology News reported that “After decades of solid growth, US anthropology bachelor’s degree completions peaked at 11,270 in 2013 and have decreased sharply since then.” Similarly, predictions of job growth are in 2017 said to be “slower than average.” Part of this seems related to a political climate which has devalued anthropological contributions. See the 2017 Anthropology Matters conference.

Anthropology takes a holistic approach, examining the inter-relation and integration of human biological and cultural life, as well as a holistic and ecological approach to humans in dynamic relation with the environment and other living beings. Anthropologists have been re-integrated anthropological subfields–the August 2013 volume Biosocial Becomings: Integrating Social and Biological Anthropology is an exciting statement advancing anthropology’s holistic approach. For a brief introduction, see Daniel Lende’s entry on Biocultural Anthropology in the Oxford Bibliographies. Anthropology reaches beyond the dualism of nature and society, of biology and culture, proposing a unique and integrated view of human life as a process: humanity is neither given in the nature of our species nor acquired through culture but forged in the process of life itself.

Anthropologists emphasize empirical study with extended periods of data collection or ethnographic fieldwork. More than simply studying people, anthropologists study with people, becoming students and collaborators with the people investigated. Anthropologists seek the meaning of data and bring interpretive skills to the analysis and presentation of data. Anthropologists pioneered techniques to uncover hidden stories, such as Michel-Rolph Trouillot’s Silencing the Past: Power and the Production of History, which examines how certain stories become available for history-making. [See the Trouillot Bibliography for a vision of anthropology in the modern world.]

Anthropology has always been an international discipline. Important founding figures like Franz Boas and Bronislaw Malinowski were immigrants, and their outsider-insider perspective became crucial to building anthropology as an academic discipline. Anthropologists have done fieldwork all over the world and there are now trained anthropologists in every country. But there have also been strong nationalistic traditions in anthropology and Euro-American anthropology has been dominant. Anthropologist Andre Gingrich writes that anthropology is now “going through a unique process of transitions,” but “is in a relatively good position to further develop its transnational potential, which is crucial to coping with the emerging challenges of the present and the future.”

Similarly, the first point in the April 2013 plan for the future of the American Anthropological Association is “supporting global scholarly exchange through innovative forms of publication and meetings.” Or, as Ulf Hannerz writes, it is time for Anthropology’s World: Life in a Twenty-First Century Discipline. This is a point Virginia Dominguez raised in her departing speech as president of the American Anthropological Association:

Contemporary anthropologists revitalize anthropology’s core concerns and holistic perspective. This is perhaps best seen in the rich Anthropology Blogosphere, where anthropologists have crossed traditional boundaries and form a network of collaborative interests.

The truth is that the propositions of art and architecture, to the extent that they carry force, must be grounded in a profound understanding of the lived world, and conversely that anthropological accounts of the manifold ways in which life is lived would be of no avail if they were not brought to bear on speculative inquiries into what the possibilities for human life might be. Thus art, architecture and anthropology have in common that they observe, describe and propose.
—Being Alive: Essays on Movement, Knowledge and Description, p.xi

Other statements about anthropological purpose include Anthropology is the best major to change your life, which draws on Anthropology and Moral Optimism. What these pieces share is a conviction that observation and analysis goes together with participation and making a difference.

In Purchasing Power: Black Kids and American Consumer Culture, anthropologist Elizabeth Chin writes of how the children she studied with had sophisticated commentaries on race, class, and marginalization, and how discovering these commentaries is “like pinpricks in a large piece of paper: invisible from a distance, but if you put your eye close upon it, you can get a pretty good view of what’s on the other side.” Chin calls these moments “tiny vistas opening onto possibility” and how “taking account of such tiny vistas has long been the work of anthropologists.” But Chin importantly reaches out from there: “Enlarging them is work for all of us” (2001:179).

Anthropologists provide tiny vistas onto other possibilities. Please join us to make those possibilities real.