Home » Blog Posts » Biological Anthropology » Admixture All the Way Down 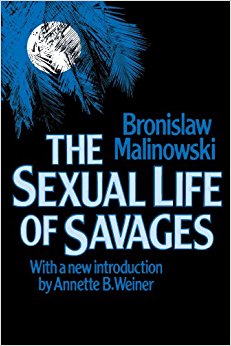 Genetics, human origins, and admixture did a selective sweep through the September 2011 news cycle. There were big articles on Denisova Admixture: First Modern Human Dispersals into Southeast Asia and Oceania and An Aboriginal Australian Genome Reveals Separate Human Dispersals into Asia.

Whenever press coverage emphasizes population splits and race ideas, there is one point to always remember. Contemporary phenotypic appearance and contemporary ethnic or race labels are not indicators of past genetic admixture (or lack of such admixture). As John Hawks wrote in an analysis of both articles, simple models must give way to the more complex:

We can turn to a complex model with successive dispersals and episodes of population mixture. This is not a static model of isolation-by-distance; it is a dynamic model in which populations grow and spread across large spans of the Old World, again and again and again. . . .

As complicated as it looks, even this model must be a vast oversimplification. . . . Depicting Australian and New Guinean populations as monolithic is an artifact of the small sample; these places themselves housed a tremendous diversity of peoples. Nevertheless, the true model won’t be simpler than this one; it will involve many more events that the data cannot yet resolve. (Denisovan DNA in the islands, and an Australian genome)

On the non-African and the Eurasian split

In the middle of all the admixture was one prominent reporter, Nicholas Wade at the New York Times. Wade’s reporting on all things race-related has been terrible for years. Since the beginning, I’ve warned about how Wade portrayed the 2010 Neandertal admixture findings. (For more, see section on Denisovans and Neandertals as human races.)

Since the Neandertal admixture evidence emerged, I have heard professors who should know better say that peoples of African descent do not have Neandertal genetic admixture. That is an incorrect interpretation of the research. First, some of the Neandertal admixture came back into Africa with later return migrations from Eurasia. So, those African peoples who were brought in chains to the Americas may have already been carrying Neandertal admixture, as the slave-trade would have intensified population movements throughout Africa.

In the Americas and elsewhere there was then more admixture, among Africans, peoples natives to the Americas, Asians, and Europeans. See Charles Mann’s 1493: Uncovering the New World Columbus Created and of course Eric Wolf’s Europe and the People Without History. Finally, with the European colonization of Africa in the nineteenth century, all sorts of other populations were caught up in admixture. (To be overly euphemistic.) Admixture and globalization is centuries old.

In his 2011 article on the Australian genomic sequencing, Australian Aborigine Hair Tells a Story of Human Migration, Nicholas Wade kept his biases alive:

The Aborigines are thus direct descendants of the first modern humans to leave Africa, without any genetic mixture from other races so far as can be seen at present. . . . Based on the rate of mutation in DNA, the geneticists estimate that the Aborigines split from the ancestors of all Eurasians some 70,000 years ago, and that the ancestors of Europeans and East Asians split from each other about 30,000 years ago.

Just who exactly formed all these “other races” is unclear. From Wade’s reporting, it would be easy to lose sight of the fact that this is a genomic analysis of a century-old lock of aboriginal hair, absent what must be more admixture in the twentieth century.

The absoluteness implied by this European and East Asian split is simply wrong. As John Hawks emphasized “populations grow and spread across large spans of the Old World, again and again and again.” And just below Hawks’s analysis of the genomic studies was his report on Neolithic discontinuity in Hungary. Here Hawks noted how “past populations had incredible dynamism across Eurasia.”

The simplistic models and reporting of Nicholas Wade should have given way to more complex models. However, for Nicholas Wade they did not. This reporting was merely the prelude to Wade’s truly terrible 2014 book A Troublesome Inheritance: Genes, Race and Human History. For more, see how Agustin Fuentes reviewed Wade’s book, The Troublesome Ignorance of Nicholas Wade. Jonathan Marks similarly wrote a great review titled The Genes Made Us Do It.

Anything that moves–and a lot of things that didn’t

I still remember my very first graduate seminar. The book was Bronislaw Malinowski, Argonauts of the Western Pacific. It was a co-taught seminar. As the conversation progressed, one of the professors decided to say that it had become clear Malinowski “slept with anything that moved.” Professor Sidney Mintz replied: “And a lot of things that didn’t.”

With all these admixture reports, it seems safe to say Homo sapiens sapiens have followed a similar path. And it is probably the case that most animal species do the same. Creatures interact within and across all the lines we seek to draw between species. Even Squid. Amorous Squid Seeks Partner: Any Sex Will Do.

This is not to say all species are polyamorous. Nor do all groups within a species exhibit the same sexual behavior. And of course there is a great deal of individual variation. We should also not ignore how admixture can be unwanted and imposed. But in general it seems life-forms often overflow any neat boundaries and categories.

For humans, Mark Stoneking, one of the co-authors on the recent Denisovan genome study, put it nicely:

The prediction I would make, which is already largely fulfilled, is that every human population shows signs of admixture, either with other modern human populations and-or with archaic humans, and that this is very normal behavior for humans. (Now-Extinct Relative Had Sex with Humans Far and Wide)

Updates on Admixture and Malinowski