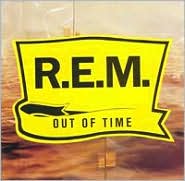 “Losing My Religion” as Professor Dilemma

In class last week tried Teaching Theories: The Evolution-Creation Controversy. I was trying to explain how accepting evolution did not mean losing religion, although it might mean losing a dogmatic cult. Of course that made me think of R.E.M.’s hit song, “Losing My Religion.” But I had never before listened to the lyrics as possibly the dilemma of a professor standing in front of a class. The obvious lyric:

Oh no, I’ve said too much
I haven’t said enough

But many more lyrics make sense:

Oh, Life, it’s bigger
It’s bigger than you and you are not me
The lengths that I will go to
The distance in your eyes
Oh no I’ve said too much
I’ve said enough

That’s me in the corner
That’s me in the spotlight…
Trying to keep up with you
And I don’t know if I can do it
Oh no, I’ve said too much
I haven’t said enough
I thought that I heard you laughing…
…
Every whisper… every waking hour

Now I’ve said too much.
I thought that I heard you laughing…

I think I thought I saw you try
But that was just a dream.

Additional evidence: The song is on the album Out of Time (1991).

Now that it is The End of R.E.M., here’s to “Losing My Religion” as the professor’s dilemma.

That was just a dream?