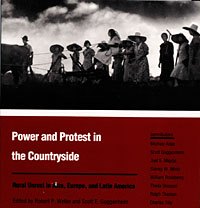 Update 2021: This 2011 blog-post on Loving Anthropology was initially inspired by the call for Love Letters to Anthropology. I am grateful for the positive comments and responses. Looking back, this post captures a fleeting moment. See the 2020 Purpose of Living Anthropologically for an update.

Although I was woefully unprepared for graduate study in anthropology, I knew I had found my home when I heard the discussions. The questions anthropology asks are fundamental to the human condition: How did we get here? What are the material bases and social conditions for different ways of life? How do people make sense of their world?

critical estrangement of the lived world . . . thus to pose the perennial question: What is it that actually gives substance to the dominant discourses and conventional practices of that world, to its subject positions and its semiosis, its received categories and their unruly undersides, to the manner in which it is perceived and experienced, fabricated, and contested? (2010:530)

Comaroff contrasts this approach with other academic disciplines:

For the most part, they are not given to critical estrangement or the deconstruction of their ur-concepts. Political scientists, by and large, study political institutions and processes, conventionally understood, just as economists study economic institutions and processes. They rarely ask what politics or economics actually are. Anthropologists do, repeatedly. Unlike political scientists, we also spend a great deal of time trying to discern what taken-for-granted terms like democracy or the rule of law might mean for “natives,” both as signifiers and as species of practice, which often turns out to be anything but obvious. (2010:533, in The End of Anthropology, Again: On the Future of an In/Discipline)

Of course “critical estrangement” can certainly be a frustrating process, even resulting in some paralysis. It can lead to accusations that anthropology is too insular or has too much jargon (and these quotes are from the more readable parts of the Comaroff article!). However, what keeps bringing us back is that

Study what you can see and hear; record everything you can, do not expect it to be entirely consistent; listen; count the ancillary blessings of discomfort. If those items in the catechism do not add up to a methodology for other, sterner disciplines, so be it. They have, I believe, nonetheless helped to reveal worlds otherwise hidden or unimagined. (1982:186 in Afterword: Peasantries and the Rural Sector–Notes on a Discovery)

Anthropology requires a basic respect for people and working with them, not just studying them. Looking for answers means being humble and open to this process. The stance of radical listening, of studying with people, applies not just to cultural and social anthropology, but to how archaeology is attentive to artifacts, how primatologists study with non-human primates, how forensic anthropology understands the context of bone measurements, how anthropologists read historical documents to coax hidden meanings.

I found anthropology because of the questions it asks, and I appreciate how anthropologists listen and study with people, but what keeps me hopeful and loving anthropology is the empirical documentation of human possibility. This is not simply neutral documentation but a counterpoint to dominant narratives, what Michel-Rolph Trouillot terms anthropology’s “moral optimism.” In an age when neoliberal market discipline has become a religion, at a time when versions of determinism have been gaining ground:

We owe it to ourselves and to our interlocutors to say loudly that we have seen alternative visions of humankind–indeed more than any academic discipline–and that we know that this one [neoliberal capitalism] may not be the most respectful of the planet we share, nor indeed the most accurate nor the most practical. We also owe it to ourselves to say that it is not the most beautiful or the most optimistic. (2003:139, in Global Transformations; see In Memoriam, Michel-Rolph Trouillot, 1949-2012)

The issue is one of making sure anthropology has a honed message, identifies who needs to hear the message, and is speaking loudly enough. I was heartened by the efforts to brand and provide a vision for anthropology. Although John Comaroff has a point for the internal health of the discipline that “what is most likely to assure the Future of Anthropology is that those who inhabit its Very Small Planet continue to argue with one another” (2010:533), anthropology cannot persist unless we engage with the rest of the planet. Loudly.

2017: I was saddened to hear of the passing of Michael Agar (1945-2017), an incredible multifaceted anthropologist and human being. Agar was very much in touch with this way of doing fieldwork, of asking questions, and of using anthropology in the world. See The Professional Stranger: An Informal Introduction to Ethnography.

2016: I revisited this post on the occasion of the sad passing of Sidney W. Mintz, an anthropologist who loved anthropology, loved fieldwork, and never stopped asking questions. See also The Discovery of Sidney Mintz: Anthropology’s Unfinished Revolution.